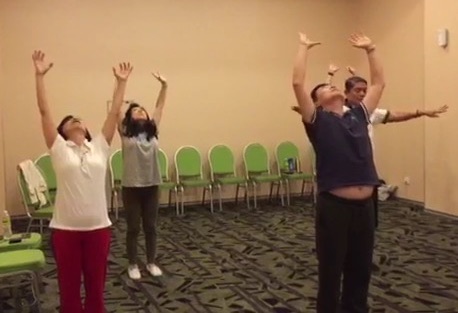 You said that we were over-trained on the course so I stopped when we finished. When do you advise to start our practice?

You can start as soon as you can.

Learning concerns new material; practicing concerns going over the same material many, many times. Masters are made from practicing, not from learning.

It is alright to over-train once a while, like once a month, or even twice a month. When you practice daily, you must guard against over-training. Aim at about 30% of your potential. If you find that 30% is too much, you can lower it further. Our chi kung is very powerful.

There is a saying that if one is accomplished in the Shaolin arts, it is better than changing stones to gold by touch. At first I thought it was exaggerated, but gradually I find there is much truth in the statement.

Health is our greatest wealth. Not only you will be healthy, you will also be full of vitality, have longevity, peak performance and spiritual joys.

I use Lifting the Sky and Carrying the Moon to enter Induced Chi Flow. I would like to incorporate other exercises like Pushing Mountains or any other type of chi kung that I wish to do. Should I "complete" the Induced Chi Flow first, and then "reset" my chi kung session for the other exercises, or is it acceptable to "lump together" other chi kung exercises before/during/after induced chi flow?

One of the main factors in Induced Chi Flow is the constitution of the person. If he needs to clear certain blockage, he would move in certain directions even when he performs different exercises to induce chi to flow. Hence, it does not matter whether he performs "Lifting the Sky" or "Carrying the Moon", or any exercise or exercises, he will still move in certain movements. 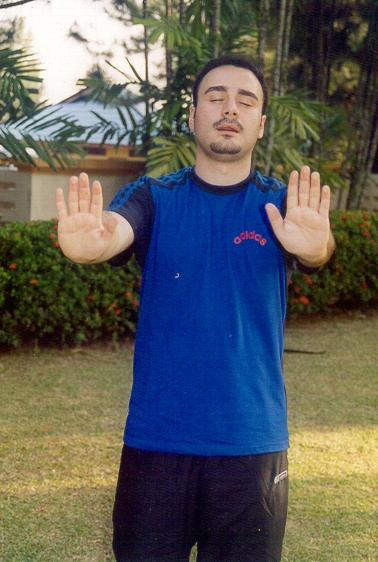 Let us start with a person's name. In Western culture we place the personal name first, and the surname later. If you want to find a book of an author called John Smith at a bibliography, you look for "Smith" first, and then "John".

I have great admiration for Western culture, though I am still a traditionalist in Eastern culture. Many things that we often take for granted are from the West, like education, justice and the internet. We follow many traditions of the East, like addressing your chi kung or kungfu teacher as "sifu" and certainly not by his personal name.

There is one important point I would like to highlight. In traditional Chinese medicine, especially chi kung healing, there is no such a thing as an incurable disease. If a person is sick, a traditional healer finds out which natural processes are not working the way they are meant to work, because if they are working properly the person will be healthy. But in Western medicine, which is the most prevalent today, many diseases are considered "incurable".

But today traditional medicine is rare, and chi kung healing is very, very rare. Most people who practice chi kung just practice gentle physical exercise, and they are unaware of it.

I am very intrigued by the idea of deepening my martial skills and also learning Reverse Breathing from the Art of Chi Kung course. Will there be special attention provided to One Finger Shooting Zen?

There are two main types of breathing -- Abdominal Breathing and Reverse Breathing. 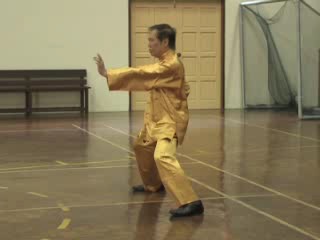 I am also very happy to report that my medical training is definitely benefiting from the Shaolin arts.

While I have not been directly using my internal arts such as Cosmos Palm in healing in the emergency department, the indirect benefits from my training such as mental clarity in listening to and examining my patients have been a godsend, and my internal force, stances, waist rotation, and a strong grip have helped many situations such as returning dislocated hips and shoulders to their appropriate alignment and position, and holding down a psychotic patient so that they could not hurt themselves or other people.

As embarrassing and humbling as it may be, and at risk of sounding arrogant, several of my preceptors have remarked that they wished more doctor trainees were like me, and that many of my juniors say that they wish to be like me as a doctor.

Shaolin arts benefit your medical training. Doctors in their noble task of saving lives, should at least learn chi kung. It will be better if they practice kungfu.

Thank you very much for the workshop. I really learnt many things and I feel I am able to deepen my practice further.

There is a saying as follows. "If you are accomplished in the Shaolin arts, it is better than changing stones to gold by touch." At first I thought it was grossly exaggerated. But now I find that there is much truth in the saying.

Genuine Shaolin arts are very rare. Not only two of my four masters could trace their lineages directly from the Shaolin Monastery, our results are what past Shaolin masters mentioned in chi kung and kungfu classics.

The lineage of Sifu Lai Chin Wah, who was better known as Uncle Righteousness, is as follows:

The lineage of Sifu Ho Fatt Nam is as follows:

The lineage of Sifu Ho Fatt Nam is short because each master took more than 40 years to pass the Shaolin arts to the next generation. 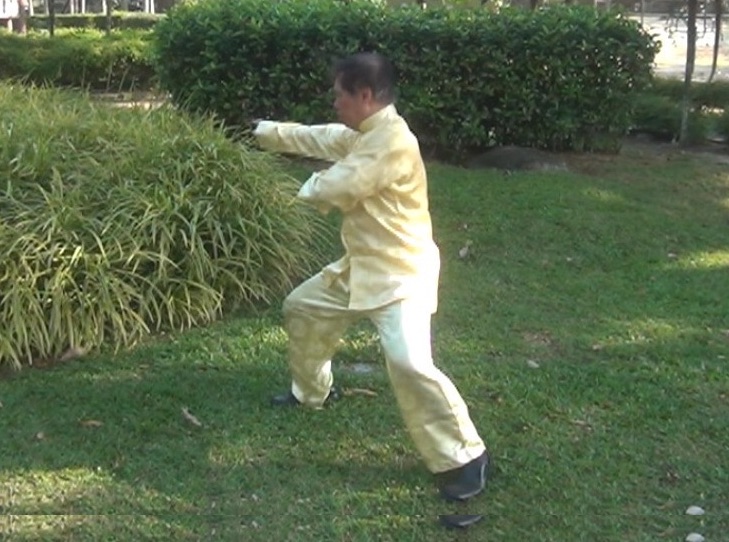 Is it better to practice before either breakfast or dinner please?

Generally when we practice chi kung, we take about half an hour both ways for meals (breakfast, lunch and dinner) and showers. For example, if you practice chi kung at 8.00 am and your practice session lasts 10 minutes, you should have your breakfast and a shower before 7.30 am and after 8.40 am.

For our chi kung, you need not follow this instruction. Our chi kung is very powerful. You aim at about 30% or less of your potential. You can have your breakfast and a shower immediately before and after your chi kung practice.

When I practice, I have found myself at times with increased saliva in my mouth. What is best to do in these instances? Let it drip out of my mouth? Or close my mouth to swallow it?

If you pay attention, your saliva is slightly fragrant. It is called "fragrant juice."