IS YI JIN JING A SUTRA OR CHI KUNG? 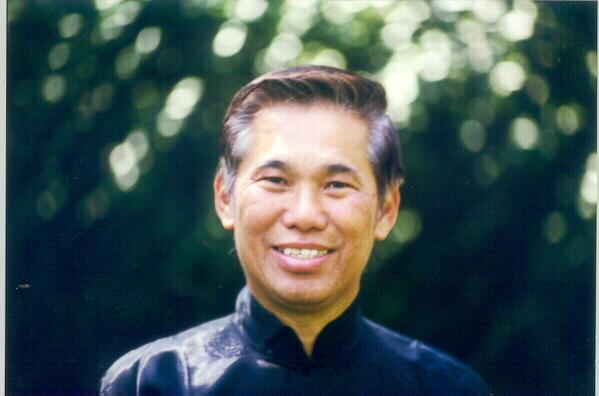 Editorial Note Some students of a modern Shaolin monk reported that their teacher said Yi Jin Jing was a sutra. The following was Grandmaster Wong's reply when asked for his comment.

Do you know if any of those who claim that Yi Jin Jing is a sutra, ever mentioned the content of this sutra, or a part of it? If you know of any lines from this sutra claimed by them, please let me know, and I can give you my views.

If some western students thought it was a sutra, it would be excusable, because one of the many meanings of "jing" is "sutra". But I am indeed very surprised that a well-known modern Shaolin monk said it was a sutra. I think there might be some misunderstanding or some mistake. Perhaps the venerable monk was quoted out of context.

Another interesting example, which we in Shaolin Wahnam know very well, is the term “kai xin”. Ask any Chinese what “kai xin” means, and he will tell you that it means “happy”. But if you take the term “kai xin” word by word, it is “open heart”. If a westerner argues that “kai xin” does not mean “happy” but refers to a surgical operation to cut open the heart, that is excusable, though laughable, but no Chinese who knows his language would say that.

Anthony has given a good explanation of the various meanings of “jing”, such as “threads”, “following a course”, “menstruation”, “regulations”, “experience”, “sutras” and “classics”. There are two important meanings which Anthony did not mention, namely “ways” and “meridians” (referring both to the pathways of energy flow inside our body as well as to the longitudes that transverse our earth).

There are many well known examples of “jing” as “classics”. They include the famous Yi Jing (often spelt as “I Ching” in English), Dao De Jing (better known by its English spelling as “Tao Te Ching”), Shi Jing and Nei Jing.

Yi Jing, which has exactly the same Chinese characters as the first and last characters of “Yi Jin Jing”, is the “Book of Change”. Tao Te Ching is the concise teaching of Lao Tzu, the Patriarch of Taoism. Shi Jing is the “Book of Poetry”, studied by Confucian scholars as a fundamental text.

Nei Jing is the Internal Classic of Medicine, regarded by many as the most authoritative source for Chinese medicine. All these “jing” were accepted as classics long before the first sutra appeared in China or even India. These are facts. People may argue over opinions, but they should not deny established facts. 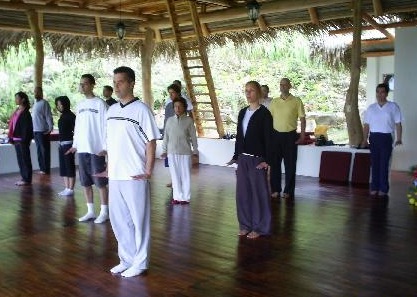 You would be pleased to know some aspects of Sinew Metamorphosis which many people may not know. The “jin” in Yi Jin Jing does not just refer to sinews or tendons; it is a shortened form for “jin gu”. Literally, “jin” means “sinew”, and “gu” means “bones”. But “jin gu” is more than just sinews and bones.

In Chinese medical philosophy, for example, “jin” is related to the muscular system, and is closely connected with the gall bladder. In Chinese, when you say “da dan” you mean “courageous”, although “da dan” literally means “big gall bladder”.

Inside the “gu” is “sui”, which is usually translated into English as “marrow”. But in Chinese medical thought, “sui” is more than just marrow. It also refers to our nervous system. And when a Chinese says “gu qi”, he refers not just to “bone energy” (its literal meaning word by word) but he means “integrity and righteousness”.

So, Yi Jin Jing is not just a set of Chi Kung exercises to develop tendons and muscles, as some uninitiated persons believe, nor is it a sutra. It is the essence of Shaolin Chi Kung that develops tremendous internal force as well as fast reflexes, mental freshness, courage, integrity and righteousness.

When we are ready, it enables us to have a glimpse of our Original Face. It is the Shaolin Chi Kung that trains us to become warrior-monks, the Shaolin ideal. Those who have not been exposed to such high level Chi Kung would never believe such an apparently simple movement like flicking the fingers three times can bring such fantastic and profound results.

We always walk our talk. Many students have written to tell me of their fantastic results. Lydia from Austria, for example, told me she had a deep Zen experience. Toby from England told me he found he had no body. Neil from Canada told me he had no mind.

Yi Jin Jing is also excellent for more mundane purposes. Recently I was invited to teach Chi Kung to top leaders of a big country. I taught them only two exercises — “Lifting the Sky” and “Flicking Fingers” from Yi Jin Jing. They were so impressed that the Minister of Defence asked me to stay in the country. I jokingly said they had to grant me permanent resident status. The Minister of Interior immediately said it was no problem.

It is understandable if other people do not believe our results. Not many people have the good karma to practise high level Shaolin arts, or even low level genuine Shaolin arts. As you know very well, much of what is practised as Shaolin arts today is just external forms. If others attack us and call us fakes, let us be tolerant and be gentle to them. We know we are sincere, and we know from direct personal experience what we are talking about.

You need not argue with them. You have been very kind; you even offer to pay the air tickets for skeptics to learn from me. While your generosity is admirable, it is not necessary. Skeptics are not ready — they still have not cultivated the appropriate karma. Even if we thrust our wonderful arts onto them, they will vehemently reject. That is their choice, and also their right.

Educated Chinese would say, “Don't play the lute to buffaloes!”. I clearly remember that was what my Sifu, Sifu Ho Fatt Nam, said to me when in my young days I tried to persuade him to teach the skeptical. Scholar-warriors and warrior-monks would appreciate beautiful music, but not buffaloes, including martial buffaloes; they prefer to eat grass.