WU-WEI, OR DOING NOTHING AND EVERYTHING WILL BE DONE FOR YOU 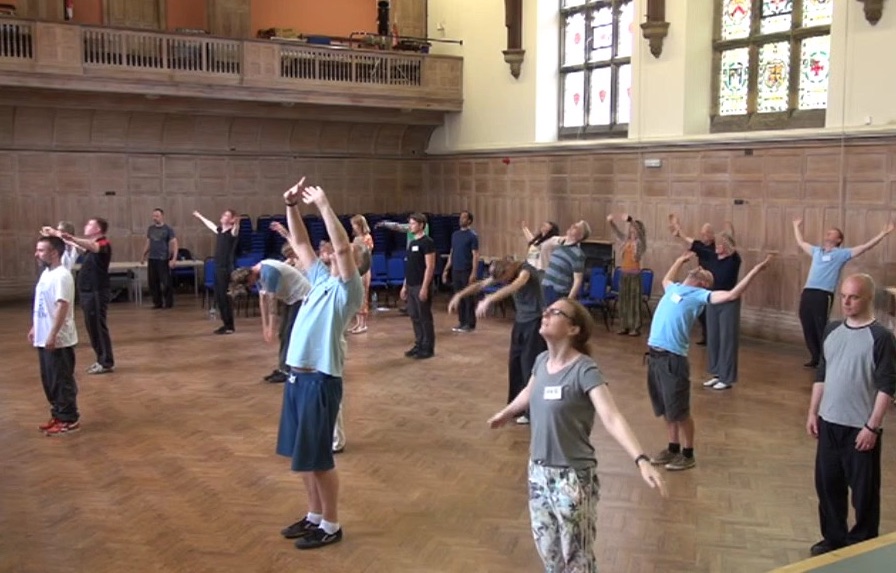 Wu-wei is a very important concept in chi kung

I read about “wu wei” in many books on Taoism. Most authors translate it as “no action” or “non action”. They also say that by doing no action, everything will be done. I find that does not make any sense. Is “wu wei” found in your arts? Can you please explain this to us?

“Wu wei” is a very important concept and practice in Taoism as well as in many arts of energy and of spiritual cultivation. Literally it means “no action” or “non action”. But a better term, I believe, is “spontaneity” or “naturalness”.

You are right. A popular explanation of “wu wei” is that if one does nothing, then everything will be done for him, which is the core of Taoist teaching. You are also right to say that this explanation does not make any sense. How can everything be accomplished when one does not do anything?

The confusion arises because many people, including Western authors who translate the term and explanation directly from Chinese sources, do not know that this is only half the secret. In general, Taoist masters were conservative. They would be generous if they gave you half the secret, often hidden in flowery language.

In our chi kung practice we have a lot of occasions to experience and benefit from “you wei” and “wu wei”. Suppose a practitioner has diabetes. He performs some appropriate chi kung exercises. This is the “you wei” part. Then he lets go and enjoy “wu wei”, i.e. he does nothing. If his chi flow moves him to the right, he does not tense his muscles to stop the movement. If the chi flow pushes him onto the ground, he does not resist it. After a few months, his doctors are surprised that he no longer suffers from diabetes.

Take another example. A student has no obvious illness, but he often feels weak and tired. He performs his chi kung exercises, then he lets go and does nothing. He does not move vigorously in his chi flow, but he just stands flowingly still and enjoys himself. After a few months, he finds himself in good health and vitality. He too benefit from “wu wei”.

Suppose the first student attempts to be smarter than his teacher who asks him to follow “wu wei”. He has read that diabetes is due to the inability of the patient to digest sugar. He also has read that it is the insulin produced in the pancreas that digests the sugar. So he tries to direct his chi to his pancreas, instead of following the movement of his chi flow. This is not “wu wei”. Not only he may not recover from his diabetes, he may create other problems.

Let us look at the second example. The second student also tries to be too smart. He thinks that he should have chi flow, the more vigorous the better, and not merely standing flowingly still. So he tries to move his body. This is also not following “wu wei”. He may become weaker and more tired, and may develop some serious health problems.

It is like asking why you can quench your thirst when you drink some water. You need not know where in your body is the thirst located or how water can quench thirst. It is the natural characteristic of water to do so.

The above is taken from Question 8 of February 2008 Part 1 of the Selection of Questions and Answers.