FLOW METHOD IN CONNECTION WITH MIND LEVEL AND COSMIC BREATHING 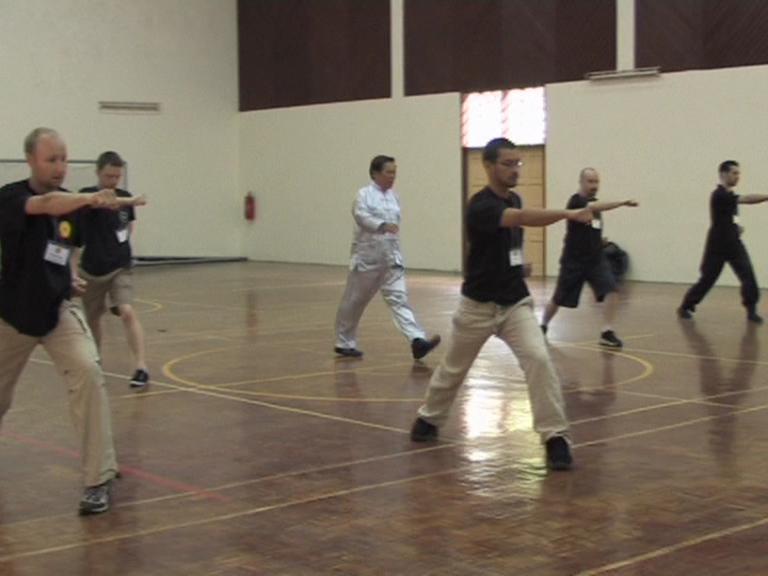 the breadth-control method in developing force and speed

In our early days of the Shaolin Kung Fu and Taijiquan set training development you taught us breath control as an effective way to train chi, force and speed. I found this teaching amazing.

In recent times this teaching quite obviously in Taijiquan but also in Shaolin Kung Fu became less focused. My guess is that it is because of the magical introduction of the flow-method. I have found this teaching marvelous.

Could you please elaborate on the flow-method, corresponding with the mind level of training a martial art and the connection of it to Cosmic Breathing?

This is a very important question that not only illustrates the philosophy of internal force training and spiritual expansion but also describes the development of our teaching in our school.

When I first taught Shaolin Kungfu in Intensive Shaolin Kungfu Courses in the early 2000s, “Lohan Asks the Way” was used to develop the important skills of form, force and speed. This method was very effective and helped students to perform any kungfu set with picture-perfect form, internal force and flowing speed. This in turn enabled them to apply kungfu techniques effectively in combat sequence practice and free sparring.

The procedure was as follows. First students performed the patterns in picture-perfect form. Next, they exploded force at appropriate patterns. Then they linked various patterns into a sequence, and performed the sequence of many patterns flowingly as if they were one continuous patterns, without neglecting their picture-perfect form and internal force. Because the various forms were performed flowingly without any unnecessary break, speed is attained without the practitioner becoming hasty.

I learned this method from my sifu, Sifu Ho Fatt Nam, when I practiced Four-Gates. My sifu found that I performed the set in a staccato manner. So he asked me to perform it flowingly, linking many patterns into a sequence and performing a sequence in one breath. We call this procedure form-force-flow, i.e. from picture-perfect form we progress to exploding force at appropriate times, then performing various patterns flowingly. Later we called it the force-method.

When I taught Taijiquan, especially in Intensive Taijiquan Courses, I discovered that practitioners could develop internal force by first performing the form flowingly, then letting their energy flow as a result of their flowing form, and eventually when their energy flow was vigorous it generated internal force. I did not invent this method; it was practiced by many masters in the past. But I noticed the process operating inside the practitioners, and when I taught the process to other students, I could help them to develop internal force effectively.

We called this process form-flow-force, i.e. first we performed the patterns in picture-perfect form, than the various patterns were performed flowingly, and when the flow became vigorous it generated into internal force. Later we called it the flow-method.

When I looked back at my own development of internal force, I discovered that the same process operated in a similar way, but because I was unaware of the process at the time, I took a much longer time than our students now to develop internal force.

The process in my case was similar to, but not exactly the same as, the one I taught to Taijiquan students. The similarity was in the chi flow. In my case, I generated an internal chi flow as a result of my smooth movements. Then I consolidated the chi flow into internal force.

In the case of the Taijiquan students, they also generated an internal chi flow as a result of their smooth movements. But their chi flow generated itself into internal force when its flow became vigorous. There was no conscious attempt on the part of the Taijiquan practitioners to consolidate flowing energy into internal force. When they exploded force, or fa-jing, a lot of energy was focused and exploded out, but the energy was not consolidated in a way done in the force-method.

I applied this flow-method when teaching some Shaolin sets like Siu Lin Tou, Fower-Set and even Iron Wire, and found that students developed a lot of internal force within a very short time! The flow-method was also safer than the force-method because the flowing energy would wash away any blocked energy should students unwittingly practiced wrongly.

The force-method is still very important in our school, and Lohan Asks the Way is still the primary set to teach this force-method to students in Intensive Shaolin kungfu Courses. But because of the effectiveness of the flow-method, which is also used in Shaolin Kungfu, the force-method is not as much emphasized now as before.

When he performs a kungfu movement, for example, instead of tensing his muscles to move his form, he can direct his chi to move it. Many Taijiquan masters consider this a supreme skill. It is incredible but true that many of our students have attained this skill!

When a practitioner uses his mind to direct energy to direct form, he may attain cosmic breathing. His energy while flowing inside his body will also activate an exchange of energy between his body and the Cosmos. Hence, he may not need to breath in and out with his nose and mouth as it is normally done by ordinary people, because fresh energy from the Cosmos flows in spontaneously into his body, and stale energy from his body is spontaneously disposed off from his body into the Cosmos.

Because he does not need to breath in and out with his nose and mouth, he will not be out of breath as breathing becomes irrelevant in this case. As he does not tense his muscles to perform bodily movement, he will not be tired, as tiredness is due to excessive muscular tension. Hence he can perform vigorous action, like sparring, for hours without panting for breath and without being tired. This is a master’s skill, but again incredibly all those who have attended my Intensive Shaolin Kungfu Courses and Intensive Taijiquan Courses have this skill!

As he continues to cultivate to the highest level, the energy flow inside his body will merge with the energy of the Cosmos, achieving the supreme attainment of his personal spirit merging with the Universal Spirit. I believe the great Zhang San Feng achieved immortality in this way.

While the flow-method can lead to Cosmic Breathing and even to the highest achievement of attaining the Tao, it can also operate at a much lower level. Even without attaining Cosmic Breathing, he can still perform his movements smoothly to generate an internal energy flow. Then he can use his mind to direct his energy flow to move his body. At this relatively lower level, he needs to breathe in and out through his nose and mouth.

On the other hand, the force-method can be use to attain Cosmic Breathing and even merging with the Cosmos too, though, if all other things were equal, it is not as cost-effective as the flow-method. At a very high level a practitioner using the force-method needs not breath in and out through his nose and mouth, as his internal energy flow, which is an essential requirement if he wishes to consolidate internal force, can enable him to exchange energy with the Cosmos. 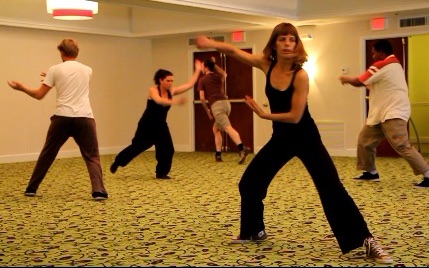 The flow-method in developing force and speed