ONE OF THE NICEST FEELINGS EVER 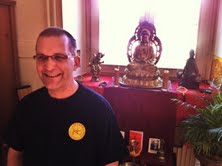 One of the nicest feelings ever

After my daily training this morning, which consisted of going through the two sets I am trying to perfect at the moment, a very short session of Golden Bridge and a few patterns of the Iron Wire on a form level, I went to the bus to get to work.

After the bus I have to wait for the train for a few minutes and usually I just stand on the platform, close my eyes and let chi flow a little. To come to the point, I boarded the train, took a seat, relaxed and closed my eyes again. There was no intention to do anything. I just sat there.

After an instant I could very clearly feel my qi flow around my whole body. I very slightly observed this feeling and it became stronger and clearer, I felt/realized/kind of saw the qi flowing from my dan tian down the back of my legs, through my feet and up in the front of my legs back to the dan tian again.

I also was aware of quite a lot of qi flowing in the upper part of my body, but not so clearly. In the whole it just felt as if all this qi was flowing quite freely in and around my whole body.

Now this was not the actual thing, I felt things like this before, but it was stronger. The actual nicest feeling was when I realized that my "self" seemed to be gone. It's not so easy to describe this. The feeling was similar to the feelings you might get when you are meditating, there is no you, no room around you, just silence.

But I wasn't meditating, my mind was clearly aware of where it was and what was happening around it, everything around me was clearly recognized by my mind. On the other hand I didn't feel nor recognize my body, there was no body and I clearly realized that it was my mind constituting my body, but just now it was not!

There was nothing but gleaming qi flowing roughly where normally my body would be and there was this mind, realizing and also creating this situation at the same time.

I could really see how my mind was the source of everything I am, but at that very moment there wasn't very much.

This lasted for about one or two minutes and then I slowly slipped into "normality" again. Remaining was a deep feeling of peace and happiness, a powerful yet soft feeling of being in line with everything.

That's now half a day since and I still feel like being physically and psychologically freer than before.

So that's the story of one of the nicest feelings ever in my life. I hope you enjoy it. And I wonder if anyone has had similar experiences. 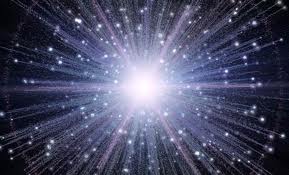 There is only energy

The above discussion is reproduced from the thread One of the Nicest Things Ever in the Shaolin Wahnam Discussion Forum.