WHY YOU HAVEN'T OVERCOME YOUR PROBLEM 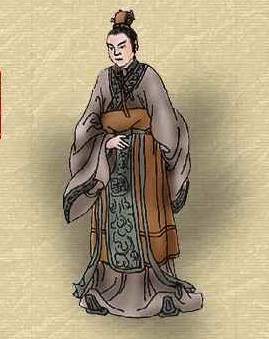 Sifu Fleur Chapman asked some interesting questions during the Thirty Six Strategies course on 15th and 16th July 2013 at the UK Summer Camp. These questions and answers will be posted in the Question-Answer Series, but as there is a long waiting list and the questions are topical, they are also posted here.

In the 36 Strategies course, you could supply a strategy to a problem supplied by us just after walking seven steps. We were all amazed. How did you do it? How did you come up with a strategy so quickly?

This demonstration, as a response to one of the participants who implied that participants might not have sufficient time to come out with a strategy, served two useful objectives. It demonstrated that my method worked.

Secondly it inspired participants that they too could use the method rewardingly. They might not be able yet to come out with a strategy in seven seconds I took to walk the seven steps, but they could do so in ten minutes.

The method is as follows. Clear the mind of all thoughts. Define the problem with a clear mind. Once the problem is defined, solutions will appear. Translate the solutions you see in your clear mind as practical actions, not as philosophical issues.

Why are there seven steps? Is there any significance for the number seven?

This concept of seven steps a strategy is taken from a story, "Seven Steps a Poem".

Cao Pi was suspicious of his younger brother, Cao Zhi, and wanted to kill him. He summoned Cao Zhi to court and ordered him to compose a poem in the time to walk seven steps. After walking seven steps, Cao Zhi composed the following poem:

Cao Pi was touched by the poem and spared his brothe's life.

You mentioned about defining the problem and having practical action instead of theoretical debate. This teaching is very important. Can you please elaborate?

Many people are tormented by problems. They could not find solutions to their problems because often they do not really know what the problems are, or they philosophize on their problems instead of taking practical actions to solve them.

Suppose an instructor has a problem of getting students to start a chi kung class. He always thinks that he has a problem of starting a class, and he often philosophize on how chi kung training will benefit many people, and how his students can overcome illness and be healthy and have vitality.

He can carry on thinking about his problem for years but he will never solve it. What should he do. He should do three things:

For the first task, many instructors think of their problems as follows:

1. Chi kung can heal all kinds of illness.
2. My students will overcome their illness, and have vitality.
3. How often should I hold classes?
4. Where will the classes be?

These instructors will be unsuccessful as they have not defined the problem. A successful instructor will define his problem as follows:

How do I get students to start my chi kung class?

By asking the right question, he will get some possible solutions, like as follows:

1. Prepare brochures for the public.
2. Advertise in newspapers and magazines.
3. Talk to friends.
4. Organize seminars.
5. Send publicity material to clubs, organizations and schools.

For the third task, he will act on those actions that are within his means. As advertising in newspapers and magazines may be expensive, he may leave this out. If he carries out the viable actions instead of just thinking over them, even if he is only mediocre in his attempt, he can get enough students to start a class.

Unsuccessful instructors, on the other hand, will intellectualize on the problem instead of carrying out actions. They may ask questions as follows:

1. How do I let the public know about my chi kung class?
2. Should my fee be 50 pounds or 500 pounds or anywhere in between?
3. What kind of students will I have?
4. Will my students overcome their illness and have good health?

They will just ask these questions and may think of good answers, but they never take any action on them. For example, they may have good theoretical answers on how to let the public know about their chi kung classes, but they never carry out any action. They may think of their problem for years but will never overcome it. Their failure is due to three reasons:

Solving problems calls for practical action. No amount of philosophizing, no matter how beautiful the philosophy may be, can solve it.