WHICH FAMOUS STRATEGISTS WOULD HAVE USED THE 36 STRATEGIES?

Which famous strategists would have used the 36 Strategies in the past?

All great strategists in warfare, government, business, industries, professions, home and all other aspects of life from ancient times right to the modern world have used the 36 strategies.

Let us take the second strategy, Surround Wei to Save Zhao.

It originated with the real event of the Qi army besieging the state of Wei to save the state of Zhao in the 3rd century before the Common Era, and it involved Sun Tzu, the author of the Art of War.

Sun Tze was not the real name. Sun was the surname, and Tzu was a polite address for a highly respected master. There is a debate still going on whether the real person for the title Sun Tze was Sun Wu or his grandson, Sun Bin.

"We have to save our ally from being vanquished," the King of Qi said.

"We can achieve this objective not by going to Zhao but by besieging the capital of Wei," Sun Bin advised. As Sun Bin had proven himself to be a great strategist, the King followed his advice.

Learning that the Wei capital was being besieged, the Wei general withdrew his attack on Zhao and hurried back to Wei. Sun Bin had laid an ambush in a steep valley on the way, and the Wei army was devastated.

In modern time, this strategy of Surround Wei to Save Zhou was employed in the annexation of the Sinai Peninsula by Israel. In 1956 Egypt nationalized and controlled the Suez Canal, which was earlier built by British and French capital. This resulted in serious conflict between Britain and France on one hand and Egypt on the other.

Israel sent her defence minister and foreign minister to London and Paris to form an alliance. In October 1956 Israel attacked the Sinai Peninsula but was fiercely resisted by the Egyptian army. A few days later British and French bombers attacked many cities close to the Egyptian capital. This forced the Egyptian army to retreat to defend the capital, leaving Israel easily annexed Sinai in just a few days.

How did they do it? Did they raise the price of houses and market them in beautiful brochures? No, they artificially jacked up the price of land. They got sellers to sell their land, especially small pieces, at high prices, and they bought it! This created an impression that land was becoming scarce, with the result that people rushed to buy houses. The demand pushed housing prices rocketing high.

Great strategists in the past as well as in the present, in war, business and all walks of life have used the 36 strategies in numerous ways. The answer here gives some applications of just one strategy. At the course participants will interact and deliberate how these strategies can be used to enrich their lives. 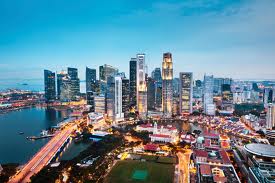