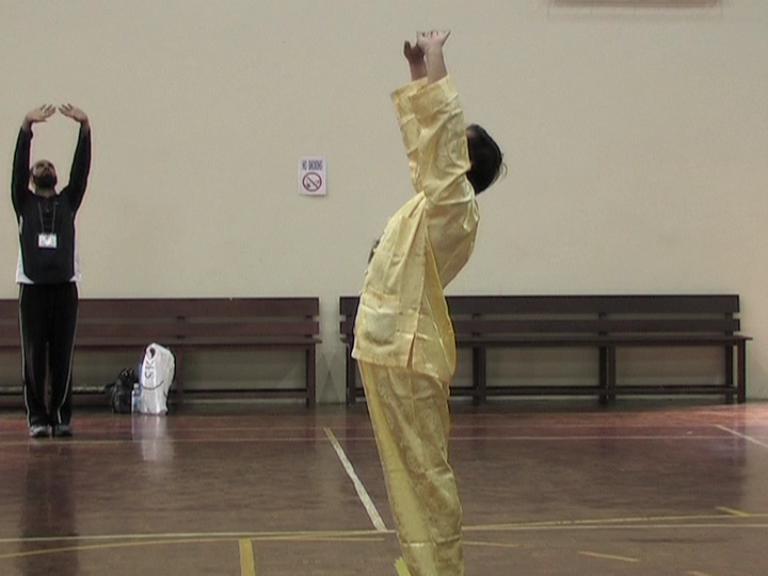 Is it possible to transfer the skill of Bone Marrow Cleansing into Kung Fu and healing? What would be the benefits?

Could you kindly explain the differences (in terms of aims, objectives and benefits) between our Chi Kung Sets in Shaolin Wahnam, especially those of 18 Lohan Hands and 18 Lohan Arts?

With this background we can now look more specifically at the skills derived from Bone Marrow Cleansing that can directly be transferred to kungfu and healing to improve their results.

The specific skills in Bone Marrow Cleansing are related to the five levels of energy flow, namely along the skin, the muscles, the meridians, the organs and the bones and bone marrow,

The skill of generating energy to his organs enables him to clear injuries at the organs as well as to strengthen them for general efficiency for combat. The skill to generate energy along his bones and bone marrow, which in Chinese medical paradigm includes the nervous system, is the most important. It provides him with a lot of internal force and mental clarity, and enhances his sensitivity and responses. It also gives him courage and moral integrity, which are very important to the development of a high-level martial artists, though this may not be obvious to many ordinary people.

The general aims of the various types of chi kung are the same, namely for good health which includes overcoming pain and illness, for vitality, longevity, mental freshness and spiritual joys irrespective of religion. The detailed objectives and benefits, however, may be different.

It is pertinent to mention, though many other people may not be happy with my following statements, that these observations are applicable to us who practice the Eighteen Lohan Hands and the Eighteen-Lohan Art as high-level chi kung. The observations do not apply to many other people who practice these arts as gentle physical exercise, in which case it does not matter much which of the two arts they practice, as the gentle physical exercises only give them benefits like loosening their muscles and make them more relaxed, but without giving them genuine chi kung benefits like good health, internal force and mental clarity.

For other chi kung arts, the objectives are usually indicated in the name of the arts, and their benefits related to the objectives, like Generating Energy Flow, Massaging Internal Organs, Cosmic Shower and Merging with the Cosmos. Their benefits are respectively overcoming illness, strengthening organs, purification and spiritual expansion.

The objectives of stance training are to develop internal force and mental clarity, and the benefits are to enhance combat efficiency as well as daily life. The objectives of the Small Universe and the Big Universe are to generate an energy flow around the ren and du meridians, and to let energy expands from the dan tian and beyond the body. The benefits are for longevity and spiritual expansion.

Please note that the names of some chi kung arts relate to techniques, like Eighteen Lohan Hands and Eighteen-Lohan Art, and some relate to skills, like Generating Energy Flow and Merging with the Cosmos. Hence, exercises from Eighteen Lohan Hands and Eighteen-Lohan Art, for example, can be used to generate an energy flow to overcome illness, or to merge with the Cosmos for spiritual expansion. 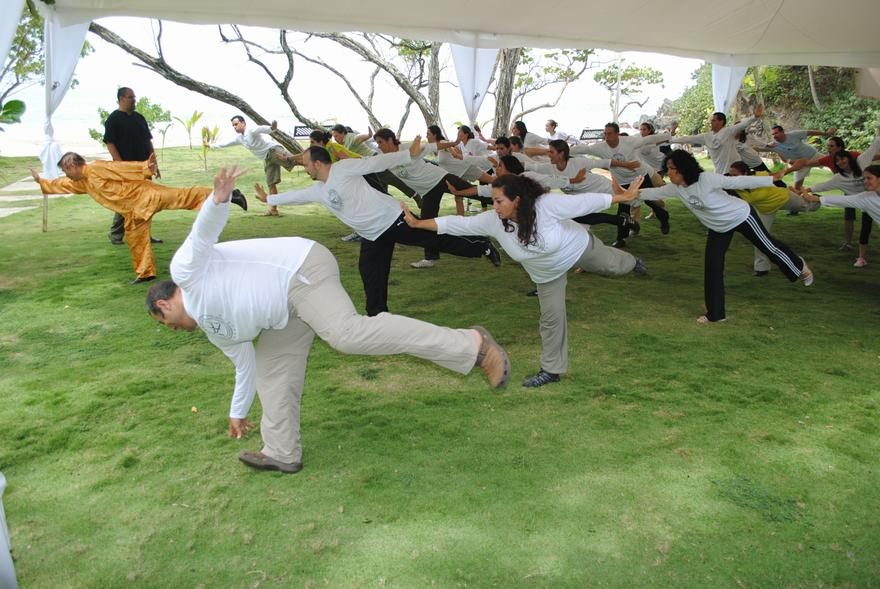