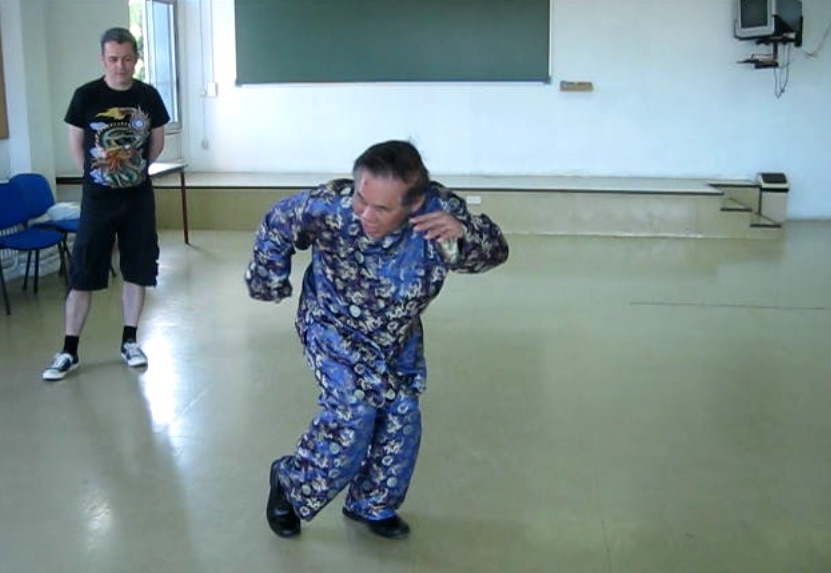 You mentioned that it was believed that the Monkey Kung Fu originated from the Five-Animals Play. How in your opinion did or could that happen?

Could it be a similar development like the 18 Lohan Hands where some masters with martial arts background and knowledge and experience of the Five-Animal Play modify the movements for their needs in combat?

The 12 Sinew Metamorphosis exercises, if I am correct, generate energy flow especially along the 12 primary meridians. In this sense, each exercise would correlate with a specific meridian.

Could you please elaborate the connection between the five major organs and meridians in relation to the Five-Animal Play?

This could happen when some kungfu masters were sick or injured, they practice the Five-Animal Paly to overcome their sickness or injury. When they had recovered they incorporated these monkey movements into their kungfu as they found them effective for combat. Eventually these monkey movements evolved into Monkey styles. Yes, it was quite similar to the development of 18-Lohan Kungfu from the 18 Lohan Hands.

It is worthwhile to mention that using chi flow to overcome sickness and injury is, and was, elite. Even masters do not, and did not, know how to do so. When they are sick or injured, they have to take medication, like herbs. In the past, if they were lucky, they might practice Five-Animal Play from chi kung healers, who were rare, to overcome their sickness or injury.

Understandably, other people would think we are boastful, but I am just stating the truth. This results in two important points for us. One, we, especially those who have undergone training in our chi kung healing, are in a very privileged position to help people recover from so-called incurable diseases. I am quite certain that in the future our chi kung healing would be the norm in medicine. Two, at present we must accept the fact that most people, including conventional doctors and those who suffered from so-called incurable diseases, do not believe in our ability.

This would give the Shaolin monks good health physically, emotionally, mentally and spiritually so that they could more effectively practiced sitting meditation to attain Enlightenment. When chi flowed along the bone marrow, it generated a lot of internal force which was necessary for the monks to break through their illusionary physical body to merge with Cosmic Reality.

But in the case of the Five-Animal Play, why are there 5 animals, and not 4, 6 or any other number? Is it also a matter of choice?

In Chinese medical philosophy there are 5 xang or storage organs, namely heart, liver, spleen, lungs and kidneys. These organs are regarded as yin, and their yang counterparts, which are 5 fu or transformational organs are small intestines, gall bladder, stomach, colon and urinary bladder. The pericardium and its yang counterpart, the triple-warmer, are also important organs, and they are grouped in the same category as the heart.

The energy from the five storage organs or its counterparts and their meridians results in characteristic chi flow movements. Energy from the heart, or its counterpart, the small intestines, and their meridians, i.e. the heart meridian and the small intestine meridian, as well as the pericardium, the triple-warmer, the pericardium meridian and the triple-warmer meridian, results in chi flow movements resembling a bird.

The questions and answers are reproduced from the thread Hua Tuo’s Five-Animal Play - 10 Questions to Grandmaster in the Shaolin Wahnam Discussion Forum. 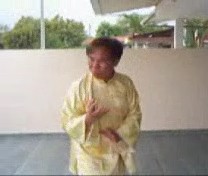 A pattern, "Look Around in Four Directions", form the Shaolin Monkey Set