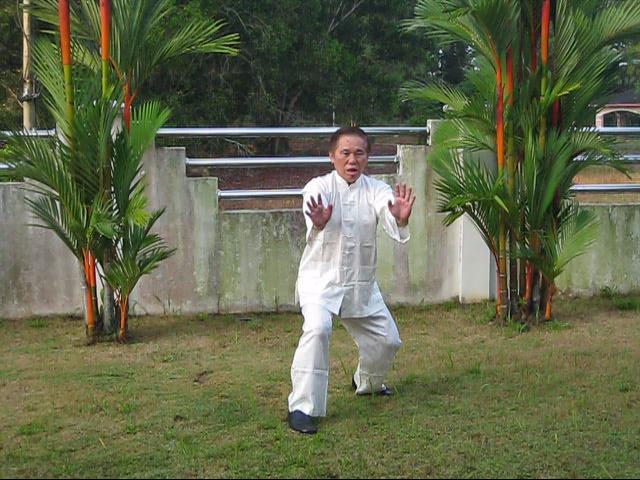 Wuzuquan is famous for internal force

Iron Wire is so powerful! How come we are so lucky in Shaolin Wahnam to learn how to generate so much force in such a short time?

Our students and also our instructors are indeed very lucky in Shaolin Wahnam. Not only we have a range of internal force training methods unprecedented before, we can generate a lot of force in a very short time. Indeed, if somebody were to tell me this phenomenal situation 10 years ago, I myself would not believe it.

In my young days I collected kungfu classics, met many masters and learned many force training methods. But I still needed much time to train each of the methods I selected.

I spend many years practicing my Horse-Riding Stance. Although my stance was solid and strong, it was due to physical strength, not internal force. My lack of internal force was painfully revealed to me when I sparred with my sihengs in my Wuzuquan classes. Although they moved their arms effortlessly, their arms were like iron rods to me, and they could push me around easily despite my solid, albeit physical, stance.

My first taste of internal force was One-Finger Shooting Zen, which was indeed a treasure. After practicing it for six months I could break a brick. Earlier I could not break one despite training Iron Palm for two years following instructions precisely, especially in not using physical strength. On hindsight I discovered that knowing techniques was not enough to produce the force. One must have the skills transmitted by a master or at least guided by him.

When I first practiced Iron Wire, it took me a few months to experience internal force. Despite my experience in a few internal force training methods, I still made the common mistake of practicing Iron Wire as an isometric exercise! You can imagine how easy for other people to practice it wrongly. But luckily by this time I had the experience of "Flowing Breeze and Swaying Willows". This gentle chi flow erased the adverse effects that my wrong practice of Iron Wire brought and still gave me a bonus.

With this background, you can better appreciate as I explain why students and instructors in Shaolin Wahnam today can experience internal force the first day they learn Iron Wire from me when it took me a few months. In three months they can generate internal force that I would need a year.

Let us now examine the process in some details.

In other words, if a practitioner practices the techniques of Iron Wire correctly, but has no energy flow, he will not be able to develop internal force no matter for how long he may practice because he lacks the ingredient. If he has energy flow but does not know how to consolidate it, he also does not have internal force as he lacks the mechanics.

A student leans Iron Wire techniques from his teacher. If he practices the techniques consistently for many months, he may develop some energy flow inside his arms.. As the energy flow is slight and not easily visible, he is usually not aware of its importance in internal force development, especially when he and often his teacher too have no conceptual framework about chi flow and internal force development.

But as he persists on his practice, he will gradually develop this skill of generating energy flow, though he may not be aware of the skill. This will take a few more months. 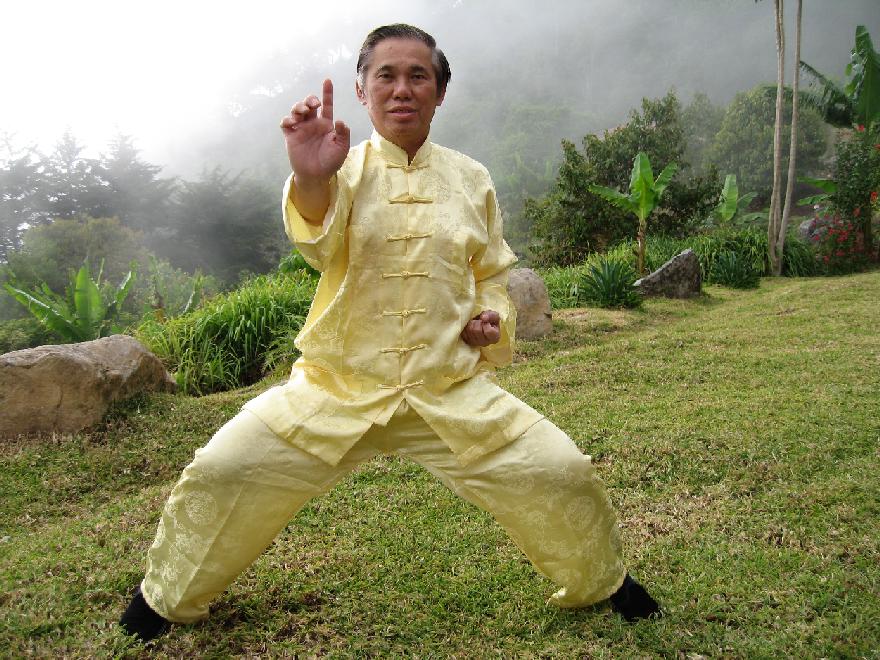 Hence, this successful student takes about one and a half to two years to develop noticeable internal force in Iron Wire training. But this successful development is not typical. Out of 10 students who are taught the Iron Wire Set, probably two will have this successful result. The other eight students, even when they train regularly and consistently, will develop muscular strength instead because somewhere along their training they deviate into isometric exercise instead.

Now compare these other students with our students, and you can see why our students can generate so much force in a very short time. All our students not only already can generate an energy flow before they start their Iron Wire training, but also know the philosophy and mechanics of internal force training.

Thus, our students develop internal force the very first day of their Iron Wire training, whereas other students spend a few months acquiring, albeit unconsciously, the skill of generating an energy flow.

As our students already have energy flow, they learn how to consolidate it into internal force on the very first day of their Iron Wire training, whereas other students can only do so after a few months when they, without their conscious knowing, can generate an energy flow.

Not only this, their understanding and experience in other internal force training methods, like knowing the importance of being relaxed and not thinking of anything, and the skills acquired in One-Finger Shooting Zen, enable them to be more cost-effective than other students who do not have these advantages. Hence, the internal force developed by our students on the first day of their training is more than that of other students after many months.

Thirdly, our students have the advantage of accumulated effect, which is very important in any internal force training, whereas the other students do not, even when they train everyday. Quantifying the results will give a clearer picture.

On the 185th day, they could gain another 5 units of internal force. When we add that to their remaining 2 units of force, they get 7 units of force.

The figures are not exact, but they give a clear picture how and why our students and instructors can develop a lot of internal force using Iron Wire training in a very short time.

This is possible because we understand the philosophy and mechanics, have the necessary skills right at the start due to our spread and depth, and we enjoy the advantage of accumulated effect. 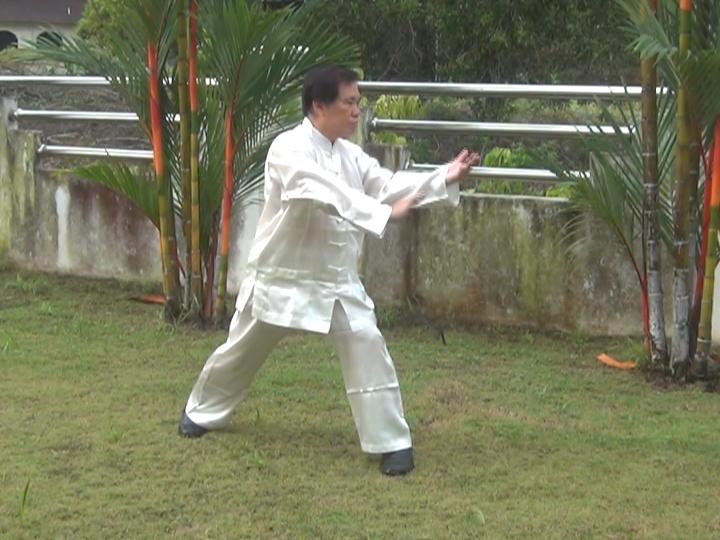