MY LOVING MOTHER AND MY LOVING FATHER 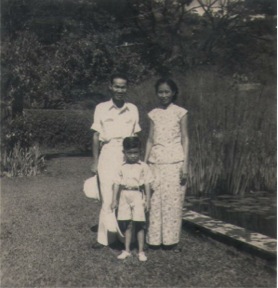 An unforgettable incident, which had much effect in my healing of other people years later, happened one night when I was alone, as my usual friends for some reasons or others were not around to play. I went out of the New World Park and looked around at a hawker selling a variety of fruits. I had twenty cents in my pocket, given to me by my father. Twenty cents was quite a lot of money at that time, especially for a small boy of eight. One could buy a bowl of noodles, which could fill up one’s stomach as lunch or dinner, with twenty cents.

Although my mother did not know much about science, she was to my young boy’s mind quite a dietician. Like most Chinese, she conveniently classified food into two types – hot food and cold food. Hot food was her favourite, and cold food was strictly forbidden.

“Mama,” sometimes I would beseech, “Can I have a slice of orange, just a slice?”

“Oh no, my dear,” my mother would sweetly persuaded, “Oranges are too cold for you.”

“How about a banana, mama?”

“Bananas are cold too. Fruits are cold food. They will make you sick.”

It is enthralling that now, sixty years later, I can eat bananas like a monkey and drink fresh orange juice like a horse, and become healthier.

So that night I was just curious, besides being tempted to have a taste of the forbidden fruit to find out whether bananas could make me sick. I saw a long, big banana known locally as an elephant’s tusk in a transparent ice box. It was quite expensive, costing 10 cents per banana, compared to a bowl of noodles costing only 20 cents.

Well, ten cents for a taste of a forbidden fruit, I thought, was quite a bargain. So I paid ten cents and had the banana.

But my secret did not last long. Soon after midnight, I started to have stomach ache. At first, the pain was mild but it quickly became terrible, causing me to roll wildly in bed. I had no choice but to tell my parents about me eating a forbidden fruit. My parents were very caring and loving. Instead of scolding me, they were decisive and acted immediately to ease my pain.

There was no time to take me to see a doctor or to the hospital. Even if they had time, it might not be a right choice. Their method was extraordinary – at least to Westerners, though it was a folk practice amongst the traditional Chinese. My parents had me lie comfortably in bed. Then my mother placed a 20 cents coin on my naval, dropped some wax of a burning candle on the coin, and stood the candle on the flat coin. Then they inverted a small glass over the candle. 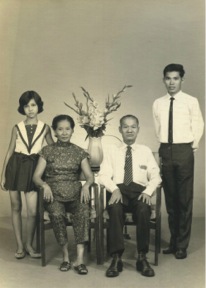