THE LEGACY OF SHAOLIN WAHNAM 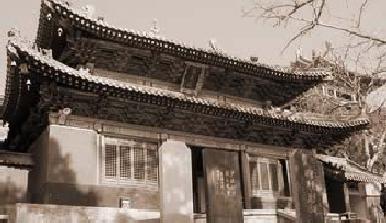 The Shaolin Temple. The name itself spells magic to millions of people all over the world. For a thousand years, the Shaolin Temple has been glorified in sagas, parables, literature, and legends. Today, the legend is still glorified across the globe in movies and on television

Since it was founded in 495 A.D., emperors of every succeeding Chinese dynasty have consecrated the Shaolin Temple as their Imperial Temple. This was where emperors prayed on behalf of their people. It was also the birthplace of Zen Buddhism. Today, every Zen school in the world traces its lineage back to the Shaolin Temple in China.

Over the years, the Shaolin Temple became a haven for China's elite: generals, martial arts masters, classical poets and painters, famous calligraphers, scholars, and spiritualists. At its height, there were over 2000 monks staying in the Temple in Henan province. These monks were classified into four categories: administrators, scholars, workers, and warriors.

Hundreds of years later, a second Shaolin Temple was built in Fujian province in the south of China. Though it was smaller than its big brother on Songshan in Henan province, this Southern Temple played an important role in the development and spread of Shaolin Kung Fu.

The End of Shaolin 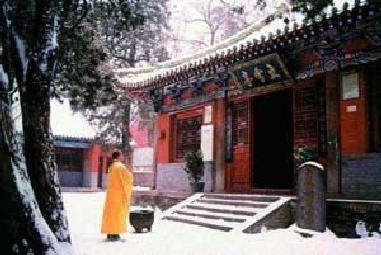 A monk outside one of the Shaolin halls

The Qing Dynasty in China (1644-1911) was a period of great turmoil, especially during the 19th century when governmental control was weakened. Prosperity declined. China suffered serious social and economic problems, and in addition there was a population explosion. Millions of people were dissatisfied with the government.

Although rebellions occurred all over China, the Southern Shaolin Temple had a reputation for being a revolutionary center. In an effort to crush the growing rebellion, the Qing army attacked and burned the Southern Shaolin Monastery during middle of the 19th century. Only the most skilled Shaolin monks escaped the attack.

Our Shaolin Wahnam school traces its lineage back to two of these monks: Zhi Shan (Gee Sin) and Jiang Nan (Kong Nam). The lineages of these two monks remained separate for over 100 years until they were reunited again in my teacher, Grandmaster Wong Kiew Kit. 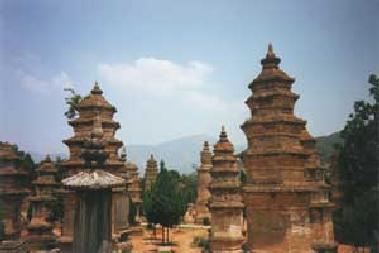 The story of the Venerable (a title of respect given to monks) Zhi Shan is well known in many Kung Fu schools. It has been depicted in hundreds of stories and dozens of movies. The Venerable Zhi Shan was the founder and abbot of the southern Shaolin Temple.

Zhi Zhan was a revolutionary. His main objective was to overthrow the corrupt Qing Dynasty in order to restore the previous Ming government. His teachings were fast and secretive, with emphasis on kung fu that was hard and combative. Although internal force training was certainly a part of his kung fu, many of his disciples focused on external force training.

Pak Mei (Bai Mei) was a former Shaolin disciple who later betrayed his masters by revolting against the Temple. It was Pak Mei who led the Qing Dynasty army to the Southern Shaolin Temple. Together, they razed the Temple to the ground. The Venerable Zhi Zhan died defending the temple that he built.

Zhi Zhan is often regarded as the First Patriarch of Southern Shaolin Kung Fu. The disciples of the Venerable Zhi Zhan spread Shaolin Kung Fu to Guangdong province. Eventually, these arts spread throughout the world. Most Southern Shaolin styles today, like Hung Gar, Lau Gar, and Choy Li Fut, come from Zhi Zhan. From Zhi Zhan, the art passed to the Venerable Herng Yein, then to Chan Fook, then to Ng Yew Loong, then to Lai Chin Wah, then to my teacher, Wong Kiew Kit. 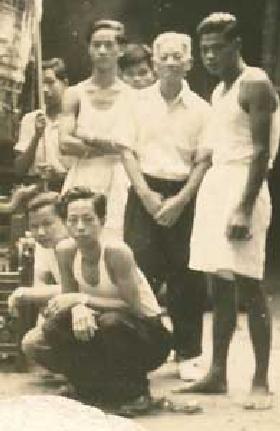 Another monk who managed to escape the burning of the Temple was a young master named Jiang Nan. This monk fled south with the Qing army in pursuit. His original name is lost to us. In an effort to hide from his enemy, he changed his name. After crossing a river that marked the edge of China, he chose the name Jiang Nan, which means "South of the River". It was south of this river that he would spend the rest of his life.

For 50 years, Jiang Nan wandered further and further south with only one mission in life: to pass on his art to a worthy successor. One night, near the border between present-day Thailand and Malaysia, he encountered a young medicine-man who was demonstrating Kung Fu to attract customers to his mobile roadside stall. The monk observed the young man every night for 6 nights. On the 7th night, after the crowd had dispersed, the monk approached the young man. Without any aggression in his voice, the monk said, "Not bad. But despite all the applause, what you showed was not real kung fu."

The young man was shocked. As a traveling medicine-man, he relied on his kung fu to ward off bandits and thugs who would frequently challenge him. And yet this old monk was telling him that his kung fu was useless!

The monk continued. "Don't take my word for it. If you like, we can put it to the test with some friendly sparring." 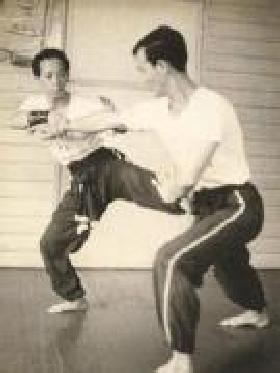 The young man agreed, eager to prove himself. But to his amazement, the 80-year-old monk beat him easily. Even when the young man stopped pulling his punches and attacked full force, the monk handled him as if playing with a child. Recognizing the signs of true mastery, the young man knelt before the monk and begged to be accepted as a student.

With a smile, the Venerable Jiang Nan said, "Yes, on one condition." The young man bowed lower and said that he would do anything. Raising the young man's head and looking into his eyes with a smile, the monk said simply, "Start from scratch."

When Yang Fatt Khun was in his 70s, he accepted a young man as a student. This man was already well trained in the martial arts and earned his living as a professional Muay Thai fighter. That man was named Ho Fatt Nam.

At first, master Yang rejected the young Ho's requests to become a student. But one night, with the help of one of Yang's students, the young Ho snuck into the secret training hall. Prostrating before Yang with the traditional gifts, he begged to be accepted. Taking the gifts and placing them on the altar, Yang said, "This is Heaven's Will."

Each year, master Yang held a grand sparring competition amongst his students in order to choose his top ten disciples. From an unranked position, Ho Fatt Nam gradually rose to a top position. When master Yang announced his retirement, he named Ho Fatt Nam as his successor.

A young Wong Kiew Kit was one of the last students to learn from master Ho. When he first begged to be accepted as a student, master Ho had only one request: "Start from scratch." 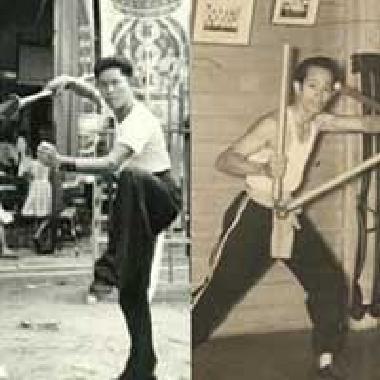 The name "Wahnam" consists of meaningful Chinese characters from the names of Grandmaster Wong's two masters: Ho Fatt Nam and Lai Chin Wah. The name "Shaolin Wahnam" was chosen to honor these two masters as well as all of the past masters in the Shaolin tradition.

After over a hundred years of secrecy and exile, these two lineages, one from Zhi Shan and the other from Jiang Nan, were reunited in my teacher, Grandmaster Wong Kiew Kit. This reunion is meaningful to us because we now inherit the best of two Shaolin traditions.

Zhi Zhan was a revolutionary; his objective was to overthrow the Qing Dynasty. His teaching was fast and secretive, with emphasis on kung fu that was hard and combative.

The Venerable Jiang Nan was a missionary. His main aim was to preserve the original Shaolin arts, with little intention to fight the Qing Dynasty. While Zhi Zhan quickly rebuilt a second southern Shaolin Temple after its destruction and taught many disciples, Jiang Nan took 50 years to search for a deserving successor in order to teach him holistically and slowly. Jiang Nan's teaching emphasized internal development and spiritual cultivation. The Shaolin Kungfu from his lineage is comparatively soft and internal.