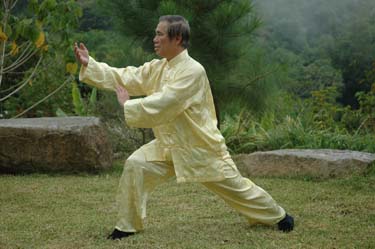 Taijiquan is a famous form of Chinese martial art.

The term "Taiji" means "the cosmos", and "quan" is the short form for "quan fa" which means "fist techniques" and refers to what Westerners today would term as kungfu.

It is illuminating to note that Shaolin Kungfu, another famous form of Chinese martial art, is known as Shaolinquan in Chinese. Similarly, Hoong Ka Kungfu, Wing Choon Kungfu and Pakua Kungfu are known as Hungjiaquan, Yongchunquan and Baguaquan respectively.


Is Taijiquan the same as Tai Chi Chuan?

"Taijiquan" is phonetic, whereas "Tai Chi Chuan" may give rise to different pronunciation. Notice that the Romanized Chinese q is pronounced like the English ch'.


Is Taiji (or Tai Chi) the same as Taijiquan (Tai Chi Chuan)?

Strictly speaking, they are different. "Taiji", literally meaning "the grand ultimate", is the cosmos, whereas Taijiquan is a martial art.

Besides in Taijiquan, the concept of Taiji is found in many Chinese disciplines, such as in Taoism, philosophy, metaphysics, feng shui (the Chinese science of environmental energy) and military strategy. The underlying principle of Taiji is yin-yang, which symbolizes the two complimentary yet opposing aspects of reality.

Nevertheless, many people, especially in the West but also some Chinese themselves, shorten the term Taijiquan to Taiji. Almost always those who say they "play" Taiji are those who practise a debased form of Taijiquan without its martial dimension. One may play Taiji, but not Taijiquan which is a serious martial art demanding great effort and endurance.

Some instructors in our school have confused Taiji (Tai Chi) with Taijiquan (Tai Chi Chuan). They often say Taiji instead of Taijiquan. They should not make this mistake.


Why is Taijiquan called Taijiquan?

This is because both the philosophy and application of this form of martial art are based on the concept of Taiji with its operating principles of yin and yang. Indeed, if you fail to understand the concept of yin-yang, you would have missed the essence of Taijiquan.

For example, if you think that Taijiquan is only soft and never hard -- a mis-conception not uncommon amongst many students of Taiji, and symbolized as regarding Taijiquan as only yin and never yang -- you would probably be doing a Taiji dance rather than Taijiquan.

If you perform only the external form of Taijiquan without appreciating its inner aspects of energy flow and mind -- symbolized as performing only yang and missing yin -- you would practise a physical exercise rather than an internal art for which Taijiquan is famous.

The master usually credited to institutionalize Taijiquan as a comprehensive system of martial art was Zhang San Feng who lived towards the end of the Song Dynasty in the 13th century. Zhang San Feng is regarded by many as the First Patriarch -- not the founder -- of Taijiquan. 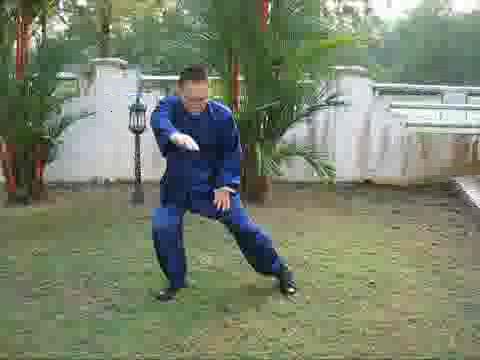 Are there different types of Taijiquan?

Yes. Because of different needs and environments, different styles of Taijiquan have developed. The oldest known form of Taijiquan is Wudang Taijiquan, developed by Zhang San Feng (13th century) at the Wudang Mountain. (Please note that Wudang is pronounced like "Wu-t'ang".)


What benefits can we derive from Taijiquan training?

Taijiquan masters have categorized the benefits of Taijiquan into three levels.

Practising Taijiquan is an excellent way to promote physical, emotional and mental health. The training is gentle and graceful, and there is no need for special apparatus.

Taijiquan is a very effective martial art, where physical size and mechanical strength are not necessarily winning factors.

At the highest level, Taijiquan leads to mind expansion and spiritual fulfilment, irrespective of race, culture and religion.


How does Taijiquan promote health?

If practiced properly, every movement of Taijiquan is a training of body, energy and mind. Body, energy and mind, known as jing, qi and shen, are the "three treasures" of every person. If any one of these treasures are not in order, he (or she) becomes sick, leading to physical, functional or mental illness.

In Chinese medical philosophy, health and illness belong to the same continuum; health is when the three treasures operate naturally, illness occurs when one or more of them are out of order. Practising Taijiquan enhances the natural operation of body, energy and mind.


Can Taijiquan really be used for fighting?

Of course, or else it would not be Taijiquan. Remember that Taijiquan actually means Taiji Kungfu.

But if you practise only its physical form, no matter how graceful your form may be or how long you may have practised it, yours becomes a sort of Taiji dance, and will not be effective for self-defence.

Its health benefits are also minimal, because without its internal dimensions of energy and mind which are characteristics of training Taijiquan as a martial art, the graceful exercise of Taiji dance can give only gentle, physical benefits.


How does Taijiquan lead to spiritual fulfilment?

First we need to be clear about what spiritual fulfilment means. For our purpose here, it means accomplishing the needs of the spirit, or shen in Chinese.

The attaining of these goals is achieved through the cultivation of body, energy and mind (or spirit) -- the "three treasures" of jing, qi and shen. At the elementary level, the cultivation of the three treasures, which occurs in every Taijiquan exercise, results in good health and longevity. At the intermediate level, the spirit is nurtured and is emancipated from the physical body as an immortal. At the highest level, the individual spirit becomes -- IS -- the Universal Spirit.

However, in practical terms, the first level of attaining good health and longevity is applicable to the great majority of Taijiquan practitioners today. Their spiritual cultivation enables them to understand and to be aware that life extends far beyond our physical bodies, and they may sometimes possess extra-ordinary powers.

If they have the rare opportunity to cultivate at a higher level to attain immortality, or at the highest level to attain the Tao, they will generally be known as Taoists, although they may still practise Taijiquan and at a very high standard.


Must one embrace Taoism and become a Taoist to seek the highest attainment in Taijiquan?

The answer is yes and no, depending on our perspective and the meaning we attach to Taoism and Taoist.

If we take Taoism as a religion like Buddhism, Christianity or Islam, the answer is no. A person of any religion, or lacking a formal religion, can attain the highest goal in Taijiquan, including attaining the Tao.

If we take Taoism to mean the way -- or more correct, a way, because Taoists like Buddhists never claim that theirs is the only way -- and Taoist to mean a seeker of the way, then anyone practising spiritual cultivation is a Taoist by definition. 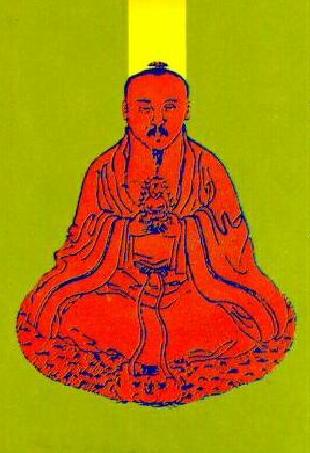 If you have any suggestions or questions please e-mail Sifu Wong Kiew Kit stating your name, country and this webpage as reference