Names of patterns, Chinese (Cantonese) pronounciation and Chinese characters are provided at the bottom of this webpage.

As Green Dragon Shoots Pearl is the second combat-application set, it starts with Combat Sequence 4. 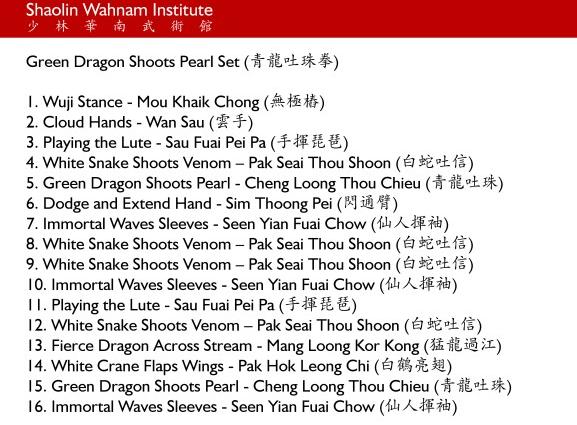 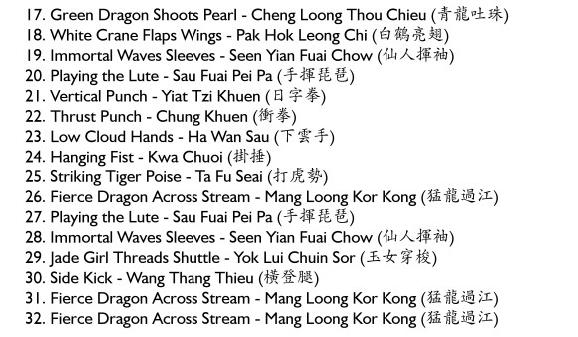 The names of the patterns, the Chinese (Cantonese) pronunciation and the Chinese characters are provided by Michael Chow of Shaolin Wahnam Canada. We wish to thank Michael Chow for his splendid effort.