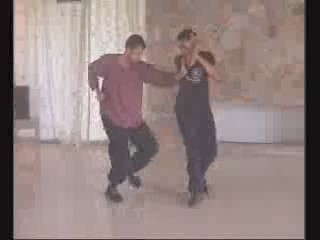 Jeffrey initiates with a palm strike. Javier wards off the palm strike and counters with a side kick.

Immediately after the side kick, Javier moves forward with a knee strike. Jeffrey counters with “Move, Ward off and Punch” or “Ban Lan Chui” in Chinese.

When you can apply these techniques skillfully, you can use them against opponents of other martial systems. For example, if a Western Boxer attacks you with jabs, you can responds with a side kick, like what Javier does. If a Muay Thai fighter gives you a frontal kick, followed by a knee strike, you can respond with “Low Stance SingleWhip” and “Ban Lan Chui”, as demonstrated by Jeffrey.