PICTURE SERIES OF TRIPE STRETCH SET
performed by the fountain 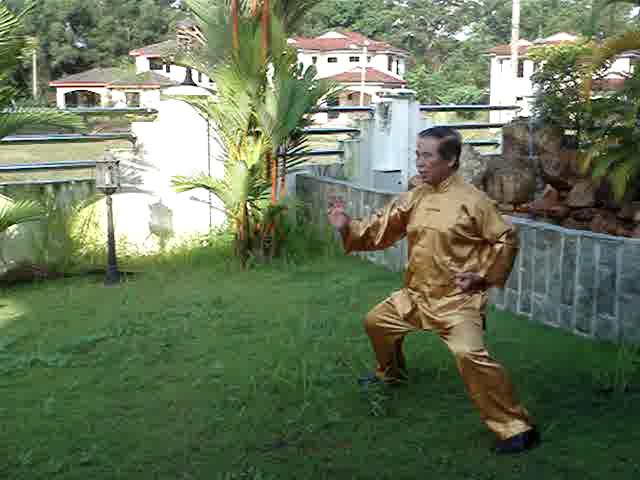 In Uncle Righteousness school, the Triple Stretch Set is usually, and colloquially, refered to as "Hundred and Eight". This is because Shaolin sets are often classified into three types according to the length of the set measured in the number of patterns, namely "Thirty Six", "Seventy Two" and "Hundred and Eight".

There are actually more than 108 patterns in the Triple Stretch Set, though it is called "Hundred and Eight". Actually there are about 236 patterns. It is probably the longest set in the repertoire of our school, and one of the most demanding to perform.

The listing of the 108 patterns below is therefore arbituary. Sometimes a series of patterns is counted as only one pattern, and sometimes as the number of patterns the series contains. Sometimes repeated patterns are counted, and sometiems they are not. Many patterns, including some important ones, are not listed.

The set is systematcally arranged. It consists of three section, with the first section on "ta chong" or "developing internal force on stance", the middle section on "lin chip" or "connection", and the last section on "ta sei moon" or "practicing combat sequences four times in four directions창". Each section consists of 36 patterns.

The Triple Stretch Set, therefore, represents the apex of set development. It provides training for all important aspects of combat. First it provides a practitioner with internal force, next it provides useful techniques for the practitioner to connect with an opponent or make adjustment if necessary, and then it provides repeated practice in combat sequences for him to defeat his opponent. Not many kungfu sets have such comprehensive considerations.


Names of Patterns in Chinese 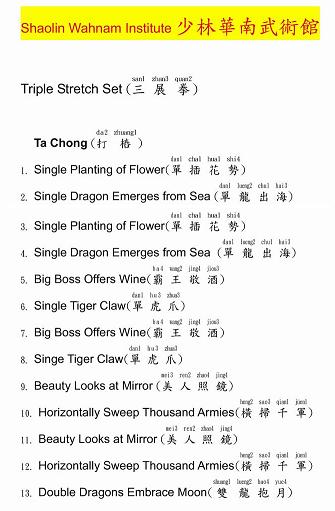 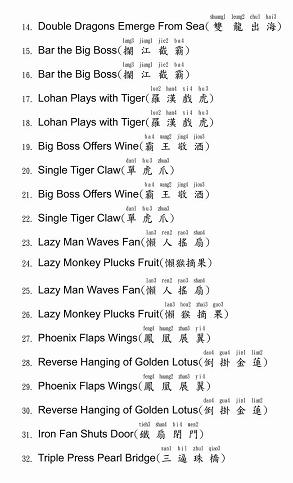 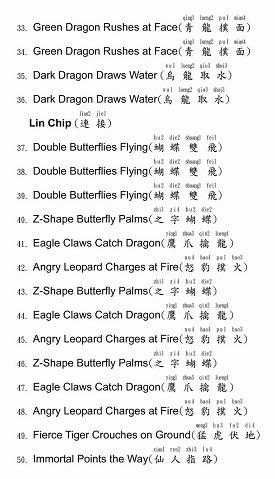 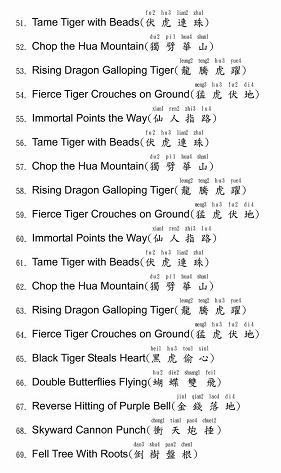 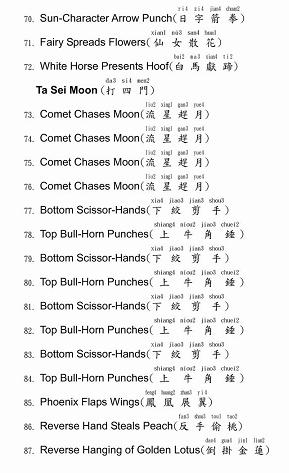 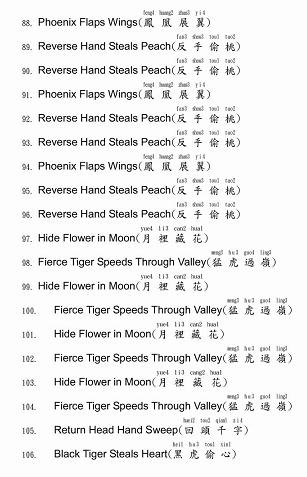