DON'T HAND YOUR DEFEAT TO YOUR OPPONENT 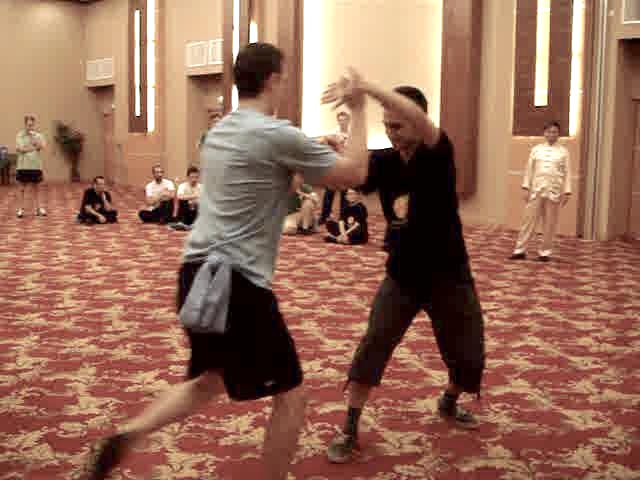 The combat sequence demonstrated by Max and Sifu Robin is excellent, without giving the opponent's any advantage. This fulfills the first requirement of good combat, namely don't hand your defeat to your opponent. The participants then practice on their own.

Next, Sifu Mark and Greg demonstrate their sequence. Grandmaster Wong gives a little hint to Sifu Mark, which works instantly. But Greg is able to defend against it when Mark applies it the second time, showing that Greg has benefited from the experience.

Then Sifu Eugene and Sifu Joshua show their combat sequence. Sifu Eugene uses a sophisticated pattern crouching on the ground. Grandmaster Wong takes the opportunity to show some close secrets. As these are close secrets, which means secrets taught behind close doors, they are not shown in these public videos.