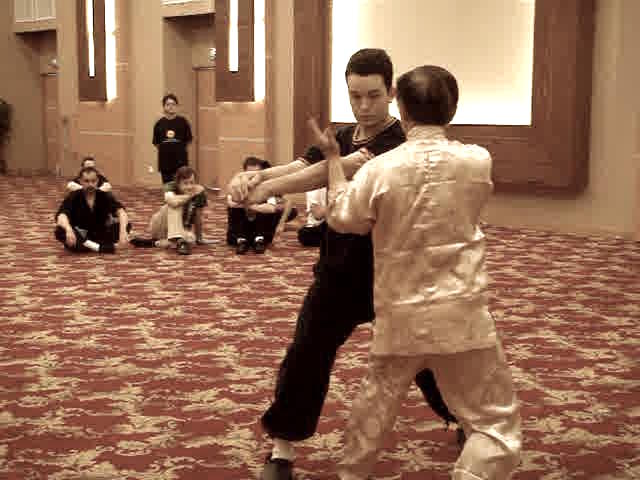 Sifu Mark Blohm applies three continuous attacks on Sifu Robin. Grandmaster Wong comments on the Sifu Robin’s good forms, then demonstrates how bad forms of the same patterns would bring about defeat. Having picture-perfect forms is a main way to avoid handing defeat to an opponent. Then he shows how to gain an advantage over an opponent by moving to his side. This is creating opportunity to defeat the opponent.