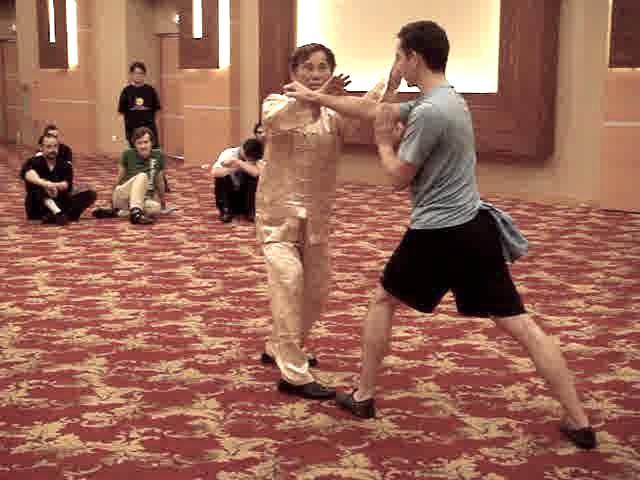 An Amazing Counter using the Crane Beak against an opponent's attack

This is a continuation of the combat sequence between Sifu Mark Blohm and Sifu Robin as shown in the previous series. Many fine points are explained, such as the spacing and angling of the body while moving to an opponent’s side. Those wondering how the Crane Beak can be used in combat would have an amazing example here. The counter against this attack using a Double Punch reveals another secret. Grandmaster Wong shows a common mistake many students make while using the Double Punch.