ATTACKING THE WEAKNESSES OF KICK-BOXERS 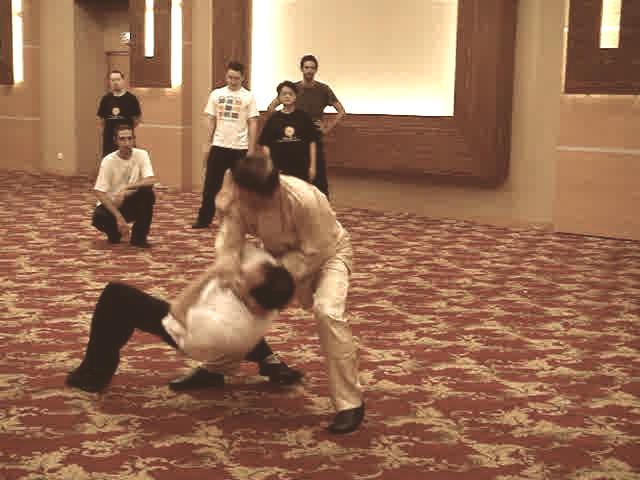 This is interesting. Kick-Boxing evolved because many people, inspired by Muay Thai, added kicks to their fighting, which was mainly Boxing. But for us well trained to handle kicks, this makes it easy for us to defeat them. In other words, if you can handle kicks efficiently, defeating a Kick-Boxer is easier than defeating a Boxer because of the kicks.

This video series show some effective tactics against Kick-Boxers, including striking them or felling them as soon as they drop their kicking legs. When you are skillful in felling techniques, you may intercept their attacks and fell them. These tactics follow the principle of attacking an opponent’s weakness. After they have kicked or just when they are about to kick are some of their weaknesses as these actions often put them out of balance.