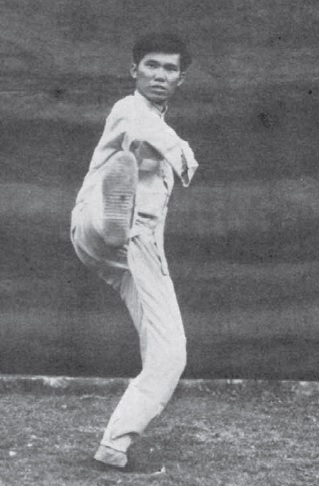 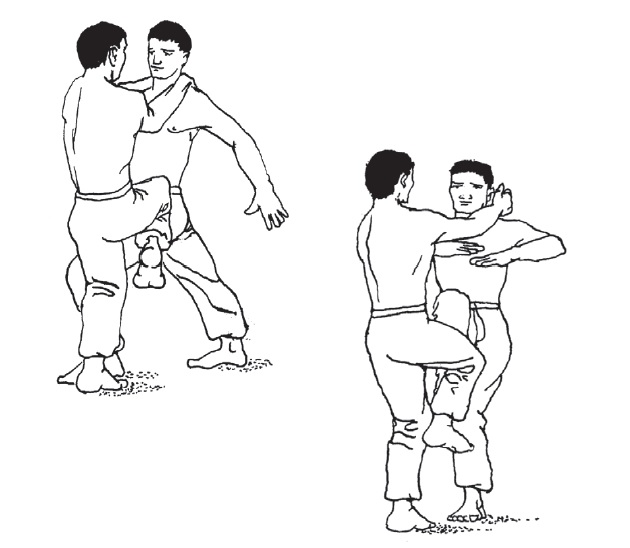 This pattern is of the crane form -- like a crane standing on one leg with the elbows resembling a crane's wings.

If an opponent grasps your neck with both hands and attacks your lower body as is quite common in Thai Boxing, this "Cockerel" pattern is an effective counter. A holds B's neck and attacks him with his knee, as shown in the figure. The knee attack comes from a side and aims at B's waist or side ribs. B responds with the "Cockerel" pattern, using his knee to deflect A's knee attack, simultaneously attacking A's chest with his elbow. B will immediately follow up with a kick at A's abdomen.

Raise your knee to deflect an opponent's knee attack. At the same time, swing your right elbow at his chest, simultaneously bringing your left elbow backward and pushing his right hand off your neck with your left hand. This response simultaneously results in:

Kick him away immediately with your right heel. Notice that this pattern uses the "defence-cum-counter" technique.