A CROW FLAPS ITS WINGS 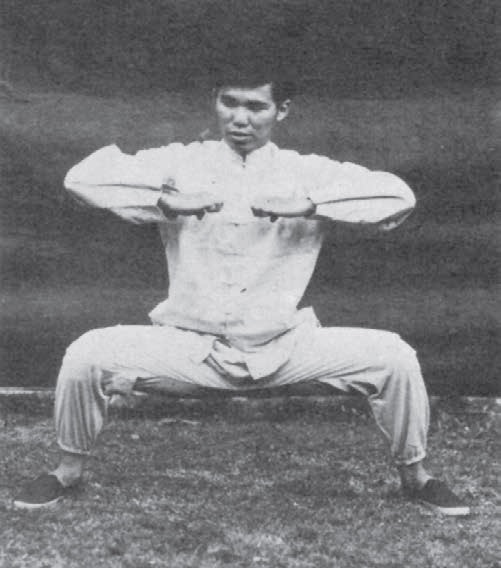 A Crow Flaps its Wings 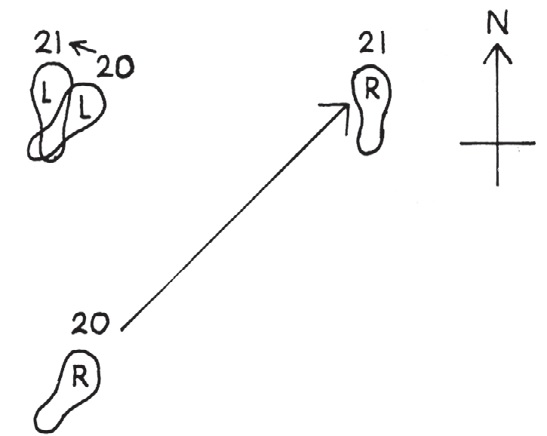 A Crow Flaps its Wings

Concentrate the force at the elbows. The use of the elbows resembles that of a crane's wings. Elbow techniques are very effective in close combat, and can often hit an opponent when he lease expects it.

For example, if someone holds your neck from behind with an arm-lock, jab him with your elbow.

If he is holding your nearer attacking hand with his other hand, as shown in Figure 78, release his grip with a "twist" (see Pattern 2) of your arm or with the help of your other arm, before jabbing him with your elbow.

In a different situation, if your hand is held by an opponent, and especially when you are being pulled by him, move forward one step and attack him with the elbow (of the hand that is being held), followed by "Hang Up a Lotus the Reverse Way" on his head.

Many people would be taken back by such a counter-attack, because they think that a person being pulled, would normally resist by pulling back the other way. This "crow" counter attack is therefore unexpected. 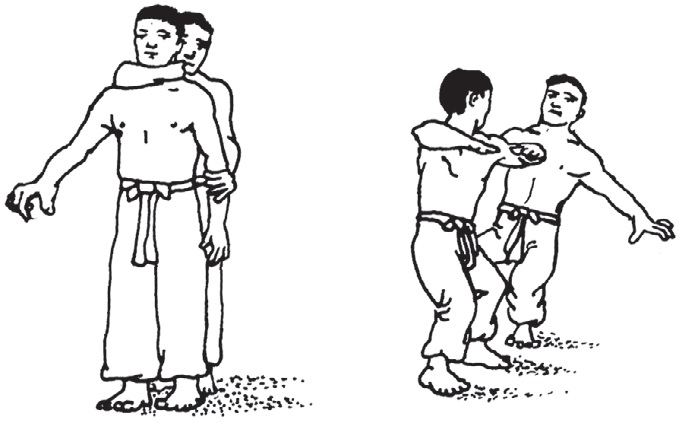 If someone holds your neck from the back, you can respond using "A Crow Flaps its Wings" 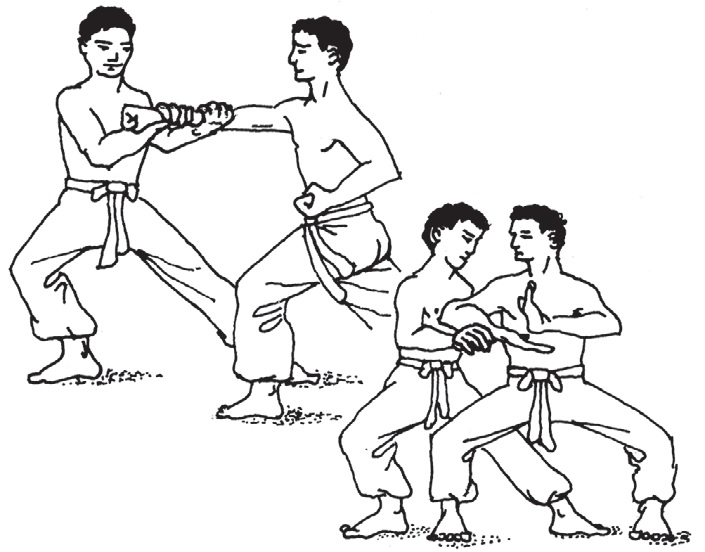 When someone holds your arm in front, you can respond wih "A Crow Flaps its Wings"