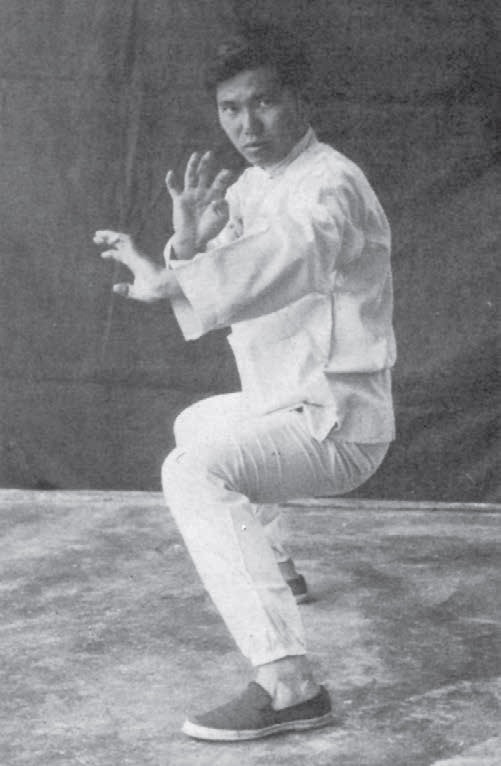 Footwork and body position of Pattern

This is a counter against straight middle kicks. Sometimes it is not necessary to move back the front leg. Shift the body backward using the "swallow" technique to avoid the full force of the kick, and simultaneously lift up his leg with your left arm.

This lifting is called a "float" technique. Hold your right hand in a precautionary measure against a possible further jabbing in of the opponent's leg. Hold the leg away from your body.

In the figure below, if A does not move or block, he will be hurt by B's kick.

A shifts his body backward, thus "swallowing" B's kick. Even if A does nothing with his hands, B's kick, at its full extent, will not be able to hit A.

A "floats" B's leg with his left hand, and holds his right hand at ready.

Notice that in all the three stages, A does not move his feet; he merely moves his body. 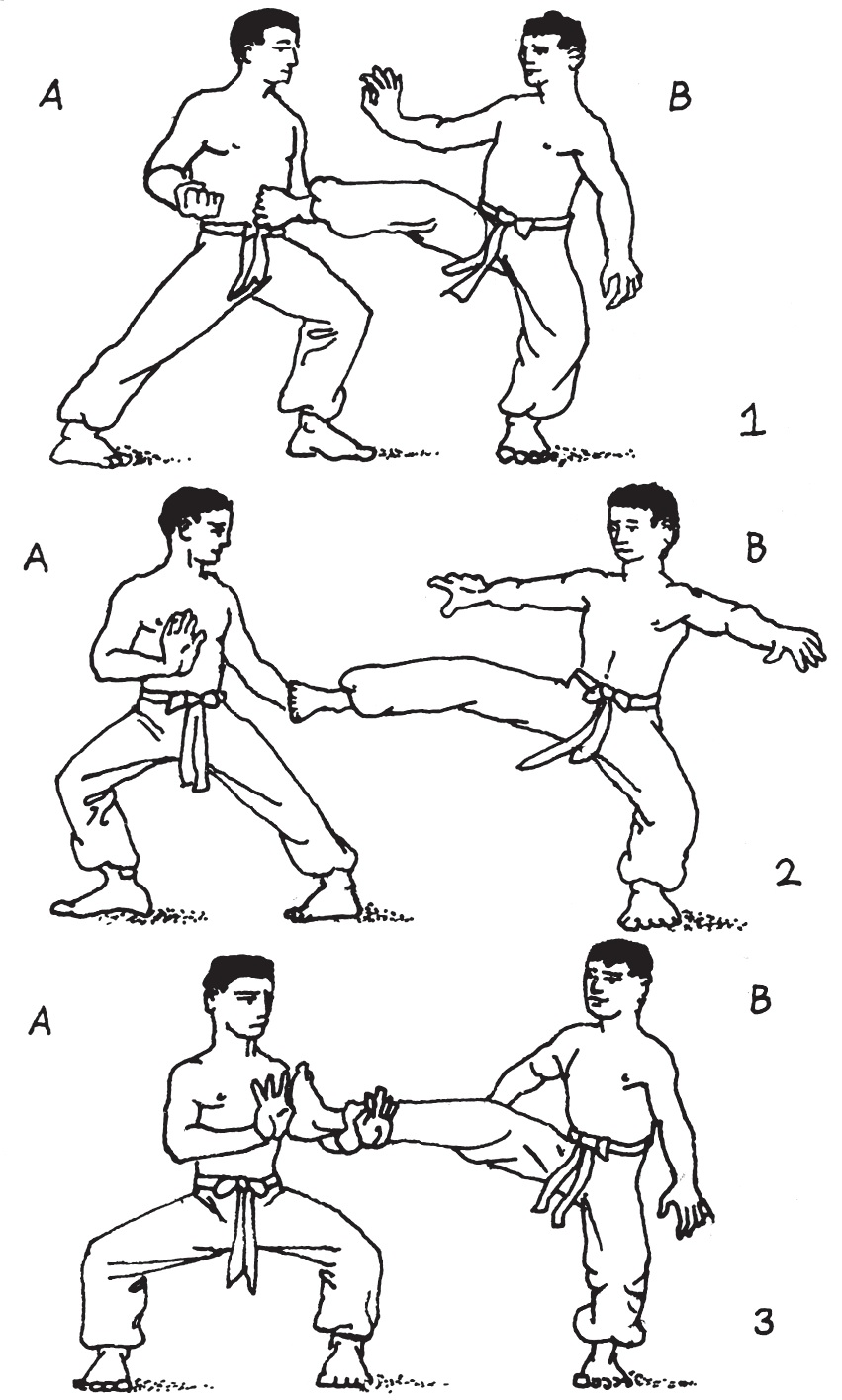