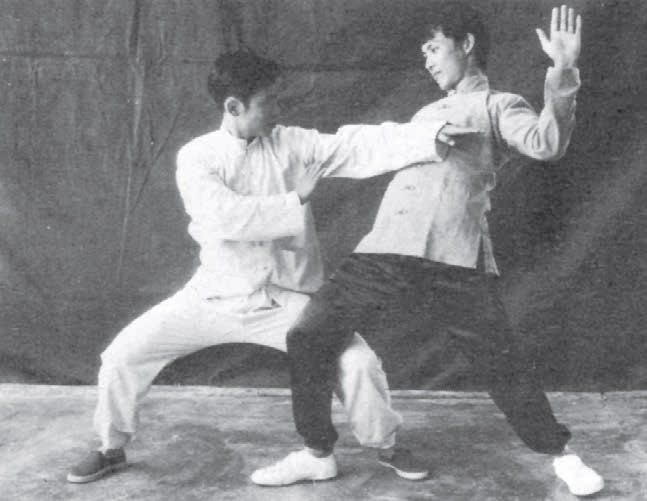 When you practise the various uses of the patterns in the Dragon-Tiger Set in isolation -- one pattern, or one series of related patterns for one specific purpose, at a time -- you are doing "specific techniques". The term "specific techniques" is used here to mean particular defence or attack techniques for specific situations.

"Specific techniques" patterns are taken from complete kungfu sets, but instead of practising the whole set, a student can just pick out those patterns that he finds useful in certain specific situations, and practise these patterns over and over again until he becomes very familiar with them. Such practise is very important because it not only enables the learner to apply in practise the uses of the patterns he has learnt in theory, it also enables him to develop reflexive defence techniques against particular attack patterns, so that when he is attacked, his counter action is almost automatic.

Someone holds you from behind with his hands pressing your head down and locking your arms at your arm-pits, as shown in photo below. This attack pattern is known as "A Huge Mountain Presses on the Head". 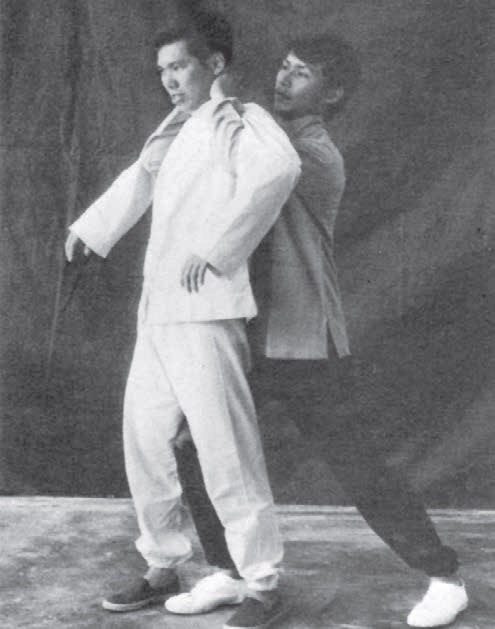 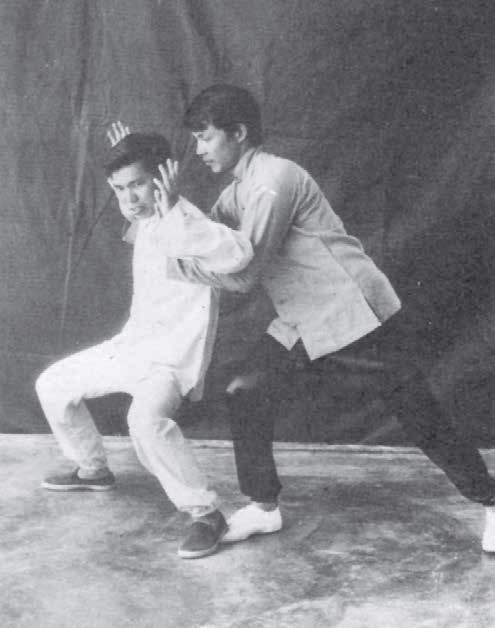 Someone points a dagger at you, with the intention of robbing or harming you.

Move your left leg diagonally forward and simultaneously grip the opponent's dagger-holding hand with a tiger-claw. Swing the opponent's arm forward to your left, twisting his arm backward with the palm facing upward.

Move your right knee upward to strike him. Follow up, if you like, with a thrust kick using the heel of your foot as striking point, sending your opponent away. 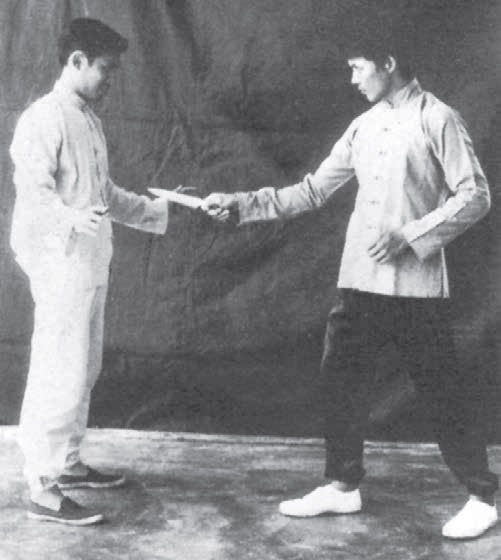 Opponent pointing dagger at you 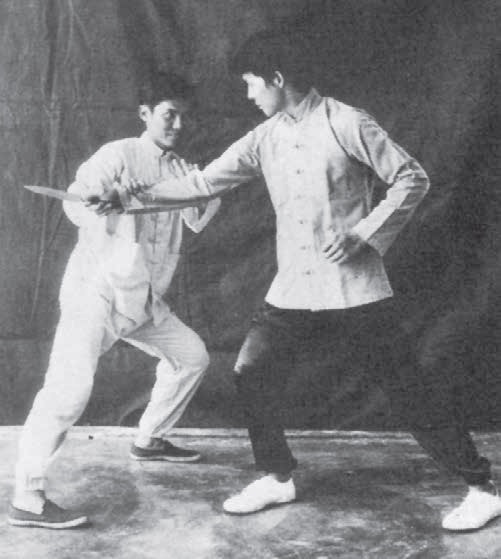 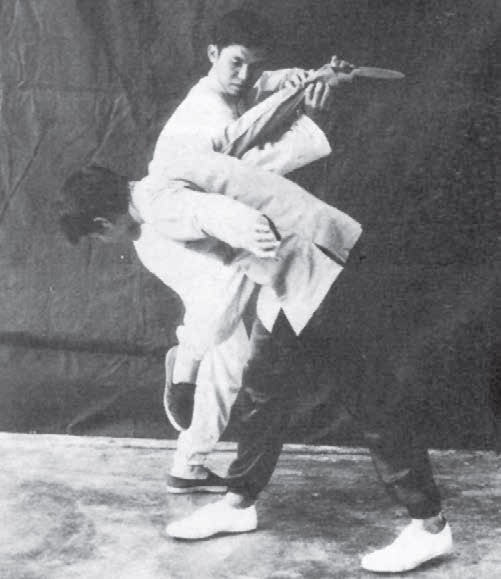