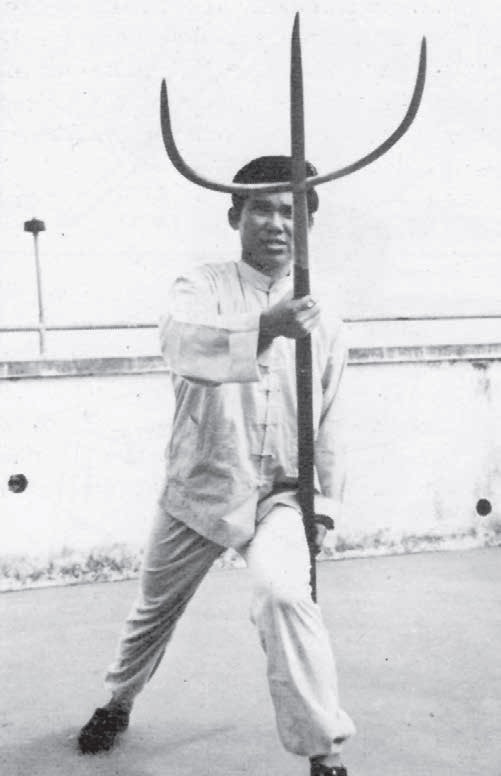 The Big Trident, one of the two weapons in our Shaolin Wahnam logo. The other weapon is a soft-whip.

The use of weapons is a common feature in kungfu. Unlike many other forms of martial arts, in kungfu training the student is often taught how to use some of the classical kungfu weapons, after he has mastered the basic unarmed techniques.

The knife is by far the most widely and frequently used weapon. It is also a weapon with very great devastating properties.

Knives can be generally be classified into: 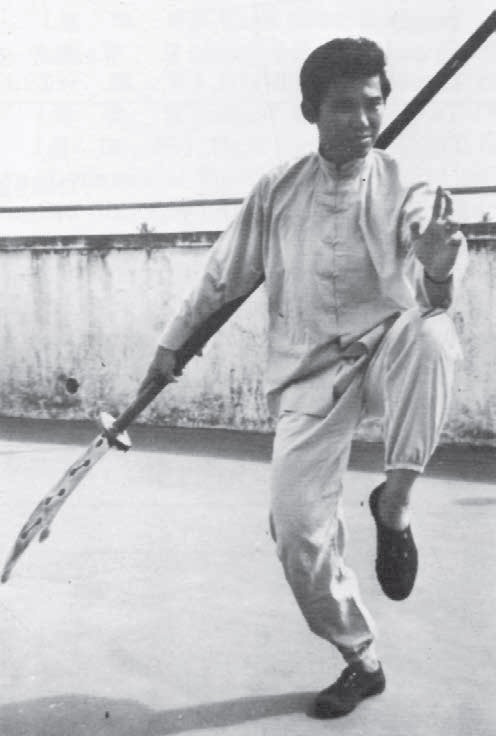 While the knife is hard, heavy and single bladed, the sword is light, dainty and sharp at both edges. The Chinese Sword, however, is quite different from the Japanese Samurai Sword or the French Sabre. The Chinese Knights of the dynastic period loved to use swords, and the swords often connote an air of gentry and chivalry. They occupy a high, respectable place in Chinese weaponry.

In Chinese dynastic history, the spear was the most widely used weapon on horseback, while the Single Knife was most widely used in foot fighting. The main reason for its popularity is that on horseback it is technically easier to kill an opponent by piercing with a spear, than by any other methods of other weapons, such as slashing with a Big Knife, or chopping with a Long Axe. 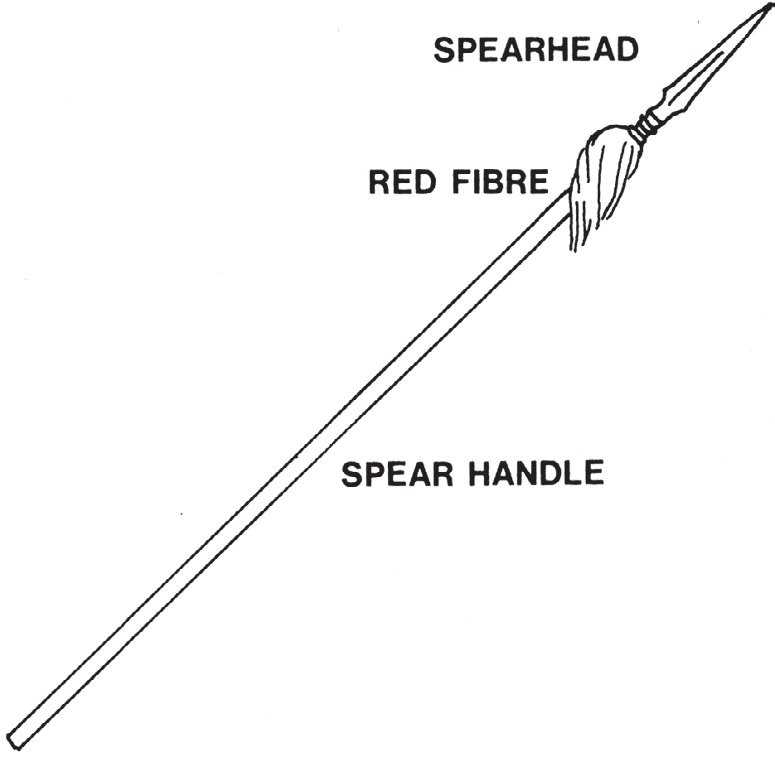 The Chinese Whip is very unlike the Western Whip. There are two kinds of whips:

Steel Whip is a metal rod (about 2 1/2 feet) with bamboo-like designs on its body. There is another weapon called the "Rod". It is similar to the Steel Whip except that it has no designs. The Rod is often used in pairs.

The Soft Whip is made up of short steel rods joined together by iron rings. Some Soft Whips consists of three such rods, some five, some seven and other nine; and are therefore named Three, Five, Seven or Nine-Sectional Whip. 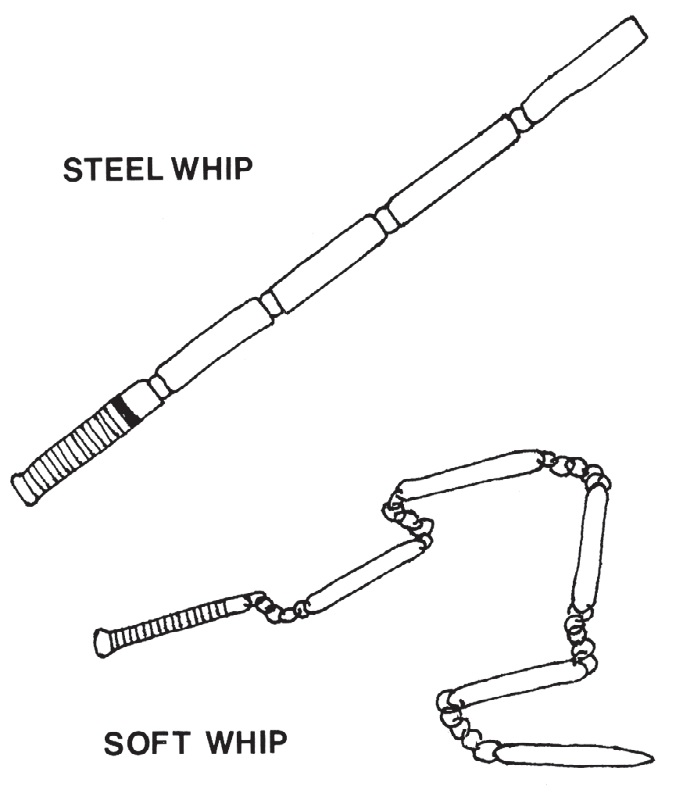 Besides the "open" weapons, there are "secret" weapons in kungfu. While the open weapons can be seen by the opponent in combat, the secret weapons are hidden, and are used only when the opponent least expects them.

An interesting group of these secret weapons consists of a range of flying small knives, darts, sharp-edged coins, iron marbles and other missiles. 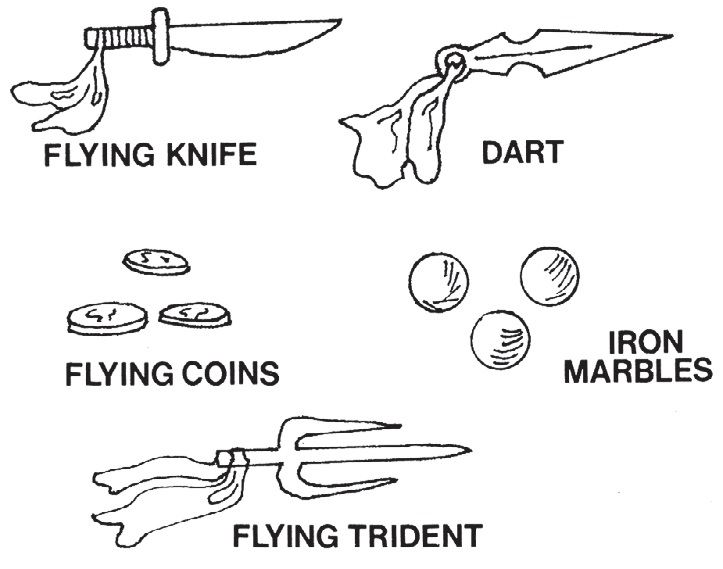 Why Classical Weapons are Practised

Many of these classical weapons, open as well as secret, seem to have no practical uses today. Yet they are still being taught and practised diligently in almost all kungfu schools. There are five good reasons for this.

Firstly, these classical weapons are an expression of kungfu heritage, crystalised and perfected in the past and handed down to us as a legacy. It becomes almost an unwritten obligation to kungfu masters to maintain and pass on this heritage, and prevent the fine art of classical weaponry from being lost.

Secondly, a student who has learned and practised classical weapons will understand some general as well as specific principles of weaponry. He will then be in a better position if he is faced with an opponent holding a "modern" improvised weapon such as a broken bottle or a bicycle chain.

Another good reason for learning classical weapons is that it helps to increase the student's force and stamina. It is comparable to practising unarmed sets with added weights.

Practising with weapons enables the student to understand and appreciate more acutely certain kungfu principles. For example, practising with a heavy weapon like the Big Trident, will illustrate more clearly how force or mere weight can be used advantageously. Swordsmanship will teach a student more emphatically the principle of "soft against hard".