Video of this Set in Slow Motion

Video of Set with Force and Speed 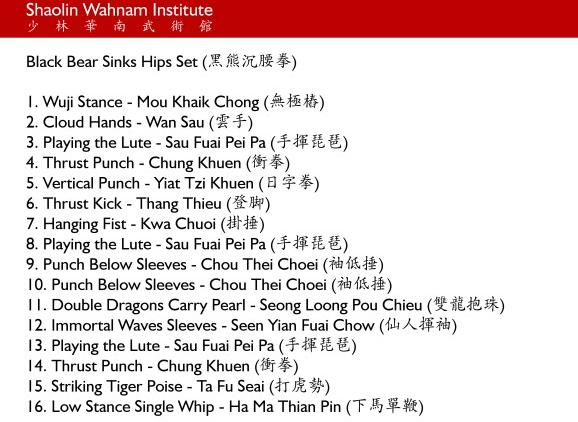 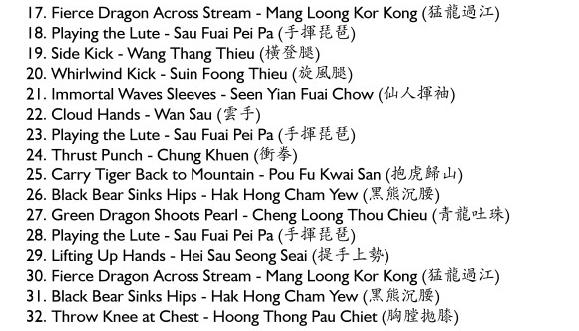 The names of the patterns, the Chinese (Cantonese) pronunciation and the Chinese characters are provided by Sifu Michael Chow of Shaolin Wahnam Canada. We wish to thank Michael Chow for his splendid effort.