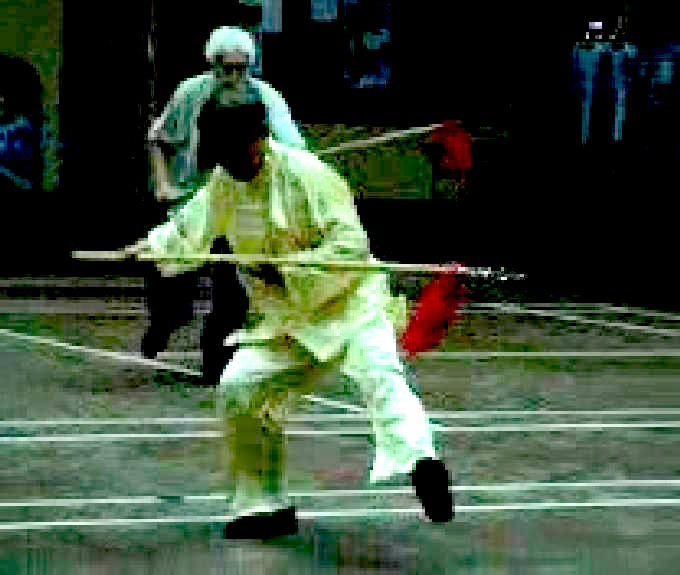 The spear was the most favorite weapon of army generals in Chinese martial history. As it is both light and long, it has the rare combined advantages of both speed and distance. The “shoot” of the spear, taking advantages of both speed and distance, is very deadly, and was considered by kungfu masters as technically the most difficult weapon attack to counter. Hence, in the past no one could be considered proficient in his weapon, regardless of what weapon it was, until he could use it to counter a “spear-shoot”.

The names of the patterns, the Chinese (Cantonese) pronunciation and the Chinese characters are provided by Sifu Michael Chow of Shaolin Wahnam Canada, with the help of Sifu Zhang Wuji of Shaolin Wahnam Singapore. Please note that the numbering in the list and the numbering of the patterns in the set may not correspond exactly. We wish to thank Sifu Michael Chow and Zhang Wuji for their effort.

Teaching of the Spear Set by Grandmaster Wong