VARIOUS WAYS OF STRIKING WITH THE FIST IN SHAOLIN KUNGFU 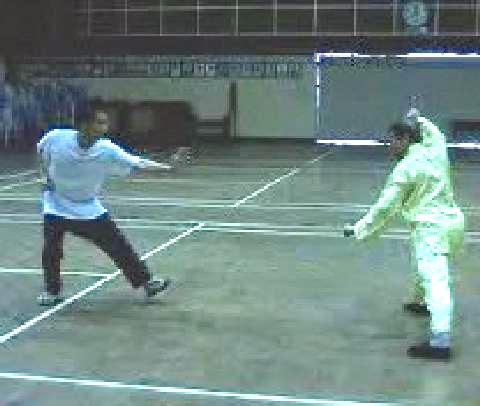 While I notice you have carefully depicted a part of the movement for each of these strikes in pages 58-59 of your book (“The Art of Shaolin Kung Fu”), I would very much like to see how each of the techniques below are performed as solo basics, as well as in basic application against an opponent. Would it be possible to ask if these could be shown in video format in your questions and answers section of your website?

Even when we consider just one category of attack and defence, the variety of techniques surpasses that of many other martial arts. For example, while the strikes in Karate are mainly thrust punches using the level fist, strikes in Shaolin Kungfu can be made not only with the fist but also with other hand forms like the tiger-claw, the leopard punch, the phoenix-eye fist, the monkey paw and the dragton form as well as with the head, the shoulder, the arm, the elbow and the hip.

Even when we consider only the fist, there are more varieties of fist strikes in Shaolin Kungfu than in other martial arts. The main ways are listed above.

While it is true that wearing gloves may inhibit their use of many kungfu techniques where other hand forms like tiger-claws and dragon forms are needed, there are still more techniques in kungfu than any other martial arts using the fists with gloves on The twelve different types of punches stated above are good examples.

In other words, if a glove-wearing kungfu exponent just uses some of these twelve types of punches, and nothing else, he will have more techniques as well as more ways to use them than many other martial artists. For example, a Boxer mainly uses jabs, hooks and under-cuts, which correspond to straight punches, horn punches and up-ward cannon punches in Shaolin Kungfu. He normally does not use the other nine types of punches.

A Boxer would not know how to throw you onto the ground because throwing is not part of his repertoire. If you kick a Boxer, he would not know how to counter-attack, he would just bounces away, because as kicking is not allowed in Boxing, he does not train to counter kicks. Yet, a kungfu exponent can throw opponents or counter kicks effectively — still with his gloves on.

Hence, kungfu practitioners, including some masters, should not say that kungfu cannot be effective with gloves on. The sad fact is that with or without gloves, most kungfu practitioners today cannot use kungfu techniques for sparring or fighting — though some of them are formidable fighters using borrowed techniques from other martial arts.

The video clips below show how the twelve punches are performed as well as how they can be used in combat application. The sparring is impromptu, nothing is pre-arranged. The free sparring is purposely slowed down so that viewers can more easily see their movements. 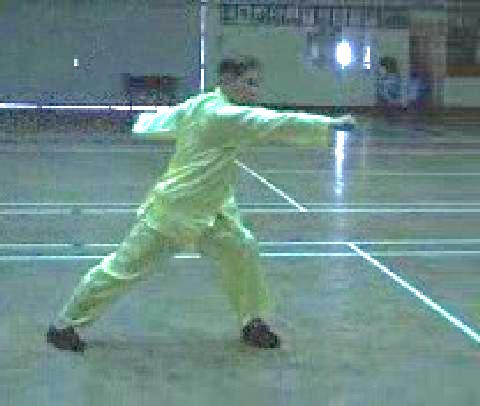 Counters against Strikes and Kicks

The sparring in this and all other video clips shown here is free. All the kungfu techniques can be applied effectively with gloves on. The striking technique Grandmaster Wong uses against Sifu Chow's first kick is a down-ward whip, in the pattern called “Save Emperor with Single Whip”. The one shown in the first video clip above is a horizontal whip, in the pattern called “Single Strike to Sound Bell”. The striking technique against the second kick is a throwing punch. 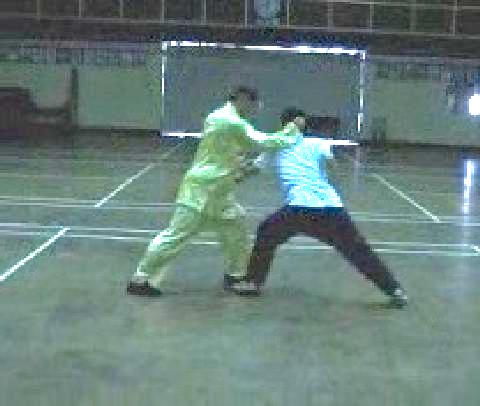 Effective Counters With or Without Gloves 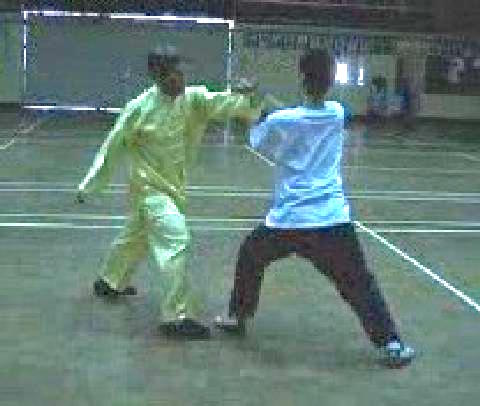 Counters against Strikes, Kicks and Grips

This is a continuation of the previous video clip. Here Sifu Michael Chow uses kicks as well as gripping attacks besides strikes. In one situation, when Sifu Chow grips Grandmaster's arm with both hands, Grandmaster Wong not only releases the grip but fell Sifu Chow onto the ground using a sinking punch. 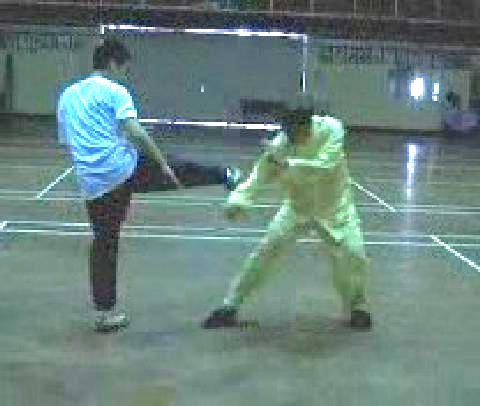 This vide clip specially shows how to counter grips. One effective technique is the smashing punch, and another is the circulating arm. Both techniques can be executed effectively when wearing gloves. There are also some effective counters against kicks shown in the video clip. 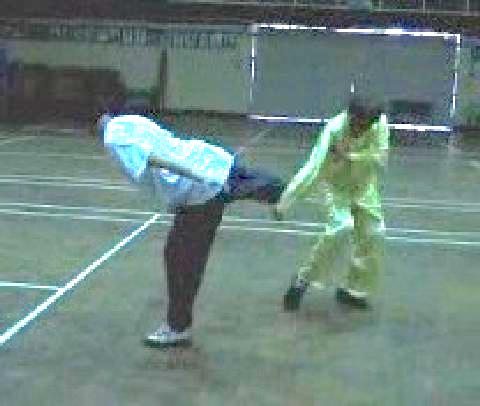 This is a continuation of the previous video clip. Various counters using some of the Twelve Punches against kicks and grips are demonstrated. The chopping punch in the pattern “Chopping the Hua Mountain” is often used to attack various parts of the opponent's body, like his leg, arm, collar bone and back. 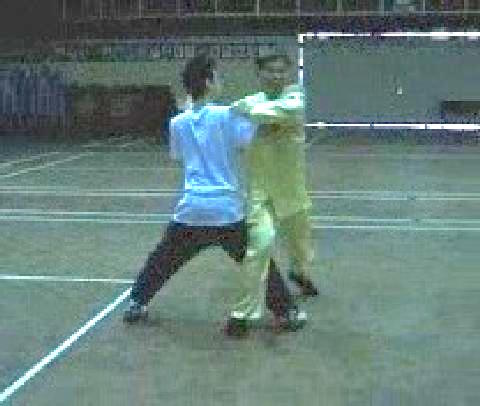 Counters against Felling and Gripping Attacks

The sinking punch and the chopping punch are quite similar, though there are fine shades of difference. Grandmaster Wong demonstrates the sinking punch against the first felling attack, using the pattern “Tong Pin Draws Sword”. (Li Tong Pin is one of the Taoist Eight Immortals, and he is famous for swordsmanship.)

Then he demonstrates the chooping punch to counter the second felling attack, using the pattern “Chop the Hua Mountain”. Grandmaster Wong also demonstrates releasing from Sifu Chow's double grips on his arms, using the technique of double swinging arms. At the end of the video clip, Grandmaster Wong discovers that his right sleeve was torn by Sifu Chow's tiger-claw earlier. Although he could release Sifu Chow's tiger-claw grip on his elbow, the grip was still powerful enough to tear the sleeve.