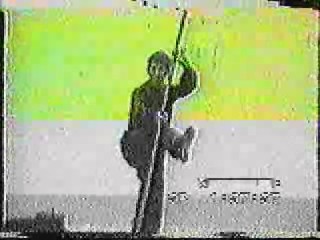 Shaolin Kungfu is well known for its staff. This famous staff set is known as “Ng Long Pat Kua Khuen”, roughly translated as “Pa Kua Staff of Fifth Brother”, and is regarded as an “indoor” art in Hoong Ka Kungfu.

“Pa Kua” or “octagonal” refers to eight directions, and “Fifth Brother” refers to the fifth of the famous seven Yang generals of the Sung Dynasty. Escaping from an ambush by the Tartars, this fifth Yang general retired to the Shaolin Temple to become a monk. Following the compassionate teaching of Shaolin, he removed the spearhead of his weapon and practiced it like a long staff.

This set in the video was performed by Sifu Wong in a public demonstration about 20 years ago (in the 1980s).