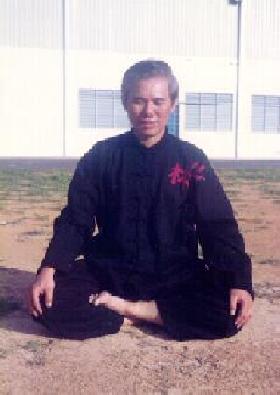 Attaining a one-pointed mind in zazen, or sitting meditation

How can I determine whether I have good spiritual roots?

You can avoid such and similar confusion by not worrying about petty technicalities. It does not matter much whether your one-pointed mind starts before you sit at a lotus position for zazen (sitting meditation), or at the moment of zazen or after you have started zazen. So long as you attain a one-pointed mind, you can practice zazen well.

Even if you do not attain a one-pointed mind, you should not worry. This does not mean you do not care. Being careful and making effort to do something correctly is different from worrying about it.

If you mind becomes one-pointed at the very moment you do zazen, that is excellent too. You continue to maintain your one-pointed mind or expand into no mind.

If you are not yet focused as you start your zazen, that is fine too. Sit upright and be totally relaxed, and gently focus your mind on one thought, which may be a mantra, your dan tian, an object in front of you, or an image of Buddha in your mind. When irrelevant thoughts enter your mind, just throw them out without fuss and without question. Once you have attained a one-pointed mind, gently maintain it or let it expand into no mind.

I am interested in learning Kung Fu. I am 26, have no martial arts background except 3 months of Capoeira, but am in relatively good shape. Which style should I consider? I would prefer an acrobatic style, since I'm not mainly learning for self defence. Instead I want to learn for general well being and fitness, as well as centeredness.

The criteria for your choice are quite modest. If you only want an acrobatic style that gives you general well being, fitness and centeredness, some good choices are Northern Shaolin, Praying Mantis, Eagle Claw and Monkey Style. Modern wushu is an excellent choice if you can avoid knee injuries due to its low, deep stances.

But I would suggest that you are more ambitious with your criteria. You should consider good health, combat effectiveness and spiritual cultivation as the benefits of your training. In this case I would recommend genuine, traditional Shaolin Kungfu, which unfortunately is very rare today.

Can I come to your school for intensive training courses — one that I can live in for 3-4 months and get a good solid start on Kung Fu?

I do not offer a 3-4 month course where you can live in. I would suggest that first you familiarize yourself with fundamental kungfu forms learnt from a local teacher, then you attend my Intensive Shaolin Kungfu Course for seven days. You will be amazed at what you can learn in this intensive course. You will have enough material learnt from the course for you to practice on your own for three years. 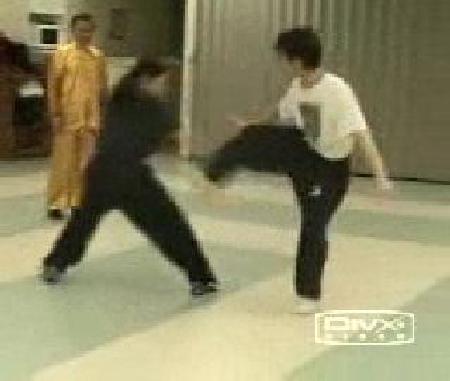 I have practiced various forms of meditation for the past 10 years since I was 17 years of age. Over the past 6 months I have started doing Wing Chun which I really enjoy 3 times a week as well as 18 Stance Tai Chi Chi Kung, which I perform 5 mornings a week before I go to work. Can I get the same health and chi circulating benefits from doing the first from of Wing Chun half a dozen times that I would get doing 18 Stance Tai Chi Chi Kung. My health always takes priority.

The nature as well as purpose of Siu Lin Tau, which is the first form of Wing Choon Kungfu, are different from those of Eighteen-Technique Tai Chi Chi Kung. Siu Lin Tau may be practiced as martial art chi kung, and it is mainly for combat, whereas Eighteen-Technique Tai Chi Chi Kung (which is different from chi kung found in Taijiquan) is health chi kung, and is mainly for maintaining well-being.

Although Siu Lin Tau can also be useful for health, and Eighteen-Technique Tai Chi Chi Kung may also be used for martial function, because their nature and purpose are different, their practice will produce different results. In other words you will not get the same health and chi circulating benefits from practicing Siu Lin Tau that you will get practicing Eighteen-Technique Tai Chi Chi Kung.

Generally speaking, Siu Lin Tau consolidates your chi into “jin”, or internal force, so that your attack and defence can be very powerful without your using mechanical strength. On the other hand, Eighteen-Technique Tai Chi Chi Kung loosens your limbs and generates your energy flow so that you can be agile and healthy.

Relatively speaking, Siu Lin Tau is more advanced than Eighteen-Technique Tai Chi Chi Kung, but this does not mean it is necessarily more useful. If a person has a lot of physical and emotional blockage, for example, he should first practice Eighteen-Technique Tai Chi Chi Kung to clear his blockage before attempting Siu Lin Tau to develop more internal force.

Nevertheless, if a person is very skillful, he may practice Siu Lin Tau yet have the benefits of Eighteen-Technique Tai Chi Chi Kung, or vice versa. Notwithstanding this, if his intention is to develop internal force for combat, he will be more cost-effective practicing Siu Lin Tau.

Would giving myself an acupressure massage twice a week results in too much chi in the system when combined with the aforementioned martial art styles?

If it is done correctly, the massage will enhance your chi flow, which means that the question of too much chi becomes irrelevant. The more chi there is, the stronger the flow. As long as the flow is smooth, an increase in the amount of chi cannot be harmful.

But if the massage or the chi kung training is done wrongly, which results in energy blockage instead, the massage may result in too much chi in your system. The harm is actually not due to the increased volume of chi but due to the blockage. But if there is a blockage, the bigger the amount of chi the more harmful may be the result. Hence, in chi kung training, cleansing should come before enhancing. In other words, one should clear blockage before increasing his amount of energy. 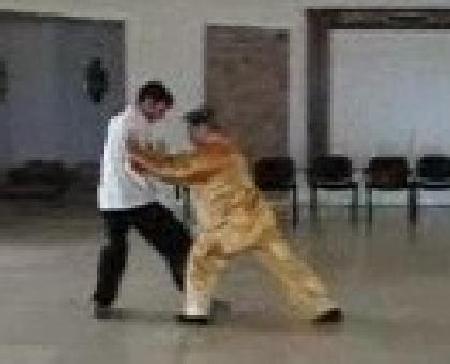 The way I teach now is different from the way I learned, but the essence is the same. During my time I had to learn kungfu forms for many years before I was introduced to internal force and combat application. And it was many years later before I was taught spiritual cultivation.

Now both my Shaolin and Taijiquan students learn and experience internal force and spiritual cultivation on the very first day of their training! They are combat effective within the first year. This is unprecedented in kungfu history.

It took me a few years before I could generate my own energy flow. Now my chi kung students can generate their own energy flow on the very first day of their chi kung training! This again is unprecedented.

As far as I know we in Shaolin Wahnam are the only school that teach what are often regarded as secrets of kungfu and chi kung at such an incredible fast rate and have attained reasonably good results. Therefore, it is understandable that many people do not believe in what we say, and think that we are boasting outlandishly.

I believe that I was probably the first to teach kungfu and chi kung in a package with a time frame, such as teaching an intensive course of kungfu with internal force training and combat application in five days, or an intensive chi kung course with skills like generating energy flow and directing energy to wherever we want in three days. In the past both kungfu and chi kung teachers did not have a preplanned programme with a fixed time table. They taught their students haphazardly, and often both the teacher and the student did not know beforehand what and when would be taught next.

My methods of teaching were evolved to meet expediencies rather than invented to become a new style. For example, in my time I learned kungfu sets like “Tiger-Crane”, “Flower Set”, “Four Gates” and “Seven Stars”. I found that teaching these kungfu sets to my students who attend my five-day intensive course would not serve their needs and aspirations best. After all they already know their own kungfu sets. So I devised combat sequences to help them speed up their combat training. These combat sequences were then linked together to form new kungfu sets like “Black Tiger Steals Heart” and “Happy Bird Hops up Branch”. In other words I did not purposely invent these new kungfu sets to make them different from those I learned. These kungfu sets came about as a result of my expedient means to help my students to be combat efficient within a relatively short time.

So I wonder can someone in some future time learn a kung fu style that is the best of all the traditional kung fu styles that exist in the world, so that it becomes the ultimate and may be the most perfect martial art that can ever be invented.

This has been happening all the time in kungfu history. For example, Zhang San Feng compiled from his rich repertoire of Shaolin Kungfu what he considered the best for his particular needs and aspirations. This style was known as Wudang Long Fist, and later evolved into Taijiquan.

Wang Lang incorporated praying mantis movements as well as the best of what he collected from fifteen other kungfu styles into his Lohan Kungfu. This new style, known as Praying Mantis Kungfu, was the best for Wang Lang. Yim Wing Choon arranged the best of what she learned from her teacher, the Venerable Ng Mui, into a set so that she could practice what she considered the best for her, in a convenient way. This became known as Wing Choon Kungfu.

In the same way I choose the best of what I learned from my four teachers and arrange them in a coherent system to enable my students to get the best results in relative short time. To us this system is the best. Although some people call our system Wahnam Kungfu, we prefer to call it Shaolin Kungfu. In the same way, we have Wahnam Taijiquan.