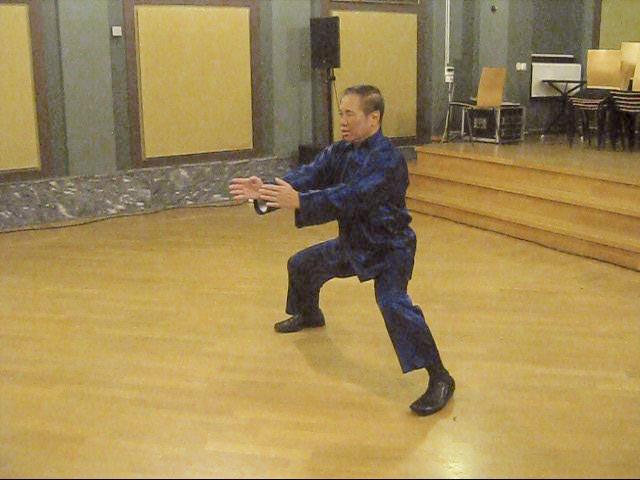 I received an email from a woman in hopes that I could do some distance healing for her friend in China.

Her friend is a professor who until recently had been a picture of health. Several weeks ago her friend discovered she had a heart ailment. Doctors gave her on IV drug treatment for 15 days which would end this week. Apparently, the drug treatment is not very effective. The doctors want her to have rest and recuperation,

Sifu, I'm just not sure how to proceed with this. This woman has heart problems and you mentioned that we should not take these cases when we were first starting out as healers. Second, I have no experience in distance healing. Although I could be of some benefit to this woman, right now I cannot give her the best of my abilities unless she comes to see me in person.

I hope for some advice from you. Should I refer her to one of my seniors? Or should I try to help her, despite my inexperience, and if so, how does one do healing over a long distance?

Is the one who asks you to help a stranger presumably for free, your personal friend or another stranger? She seems to think that any healer can do wonders and for free. Despite her good intention, she is the kind of people who debase chi kung and chi kung healing, and make the arts a laughing stock.

A good healer must know his (or her) limitation, and must always treat his patients with confidence knowing that he can help them recover. You haven't been trained in distant healing, and you have been advised not to take people with serious heart problems as your first patients. Yet you are considering to treat this stranger when you have neither the skill nor the confidence, and worse from another person who just asks you presumably for free. If you carry on like this, you may soon become a charlatan.

Tell the person who sent you the e-mail that right now you are not ready to treat patients with serious heart problems. Tell her firmly that patients who want your help must come to you themselves, not through another person with or without the patients' knowledge.

Tell her to advise her friend with heart problem to seek one of our chi kung healers who is ready to help her. Ask her to refer to our List of Chi Kung Healers.

Alternatively, her friend can attend my coming Intensive Chi Kung Course. Ask her to refer to my home page.

Anyone who seeks your treatment must pay the required fee, i.e. US$10,000 until he recovers or the fee is refunded in full if he has attended at least 80% of the daily healing sessions for a year. Stick to this arrangement and you will be successful.

This woman who contacted me is not a friend. As she said she practiced exercises out of your book, The Art of Chi Kung. I imagine she got my contact information from your website.

I realize that this is exactly the sort of situation for me to sit down, clear my mind of thoughts, and meditate briefly on the problem as you have taught me. Had I done that, I would have had the answer right away that I am not ready to help this woman and should not do so given these particular circumstances. In retrospect, I feel foolish for seeking advice from you when I had all the right tools to find the obvious answer myself. Please accept my apologies.

I find that there can be a slippery slope when it comes to healing people. I may want to help people, but if I compromise the methods in which I have been taught, then I won't help anybody, and as you said, become a charlatan. I have no interest in becoming a charlatan.

I do find it frustrating that so many people say they want help, but in reality so few are actually willing to get up and do anything about it for themselves. My hope is that this woman will send her sick friend the information, and the sick friend takes steps on her own to cure herself.

Once again, I find myself seeing that people have to make their own choices. And those choices cannot be made for them. Again please accept my apologies at my foolishness. I have emailed the enquirer and conveyed the advice you gave.

Is Shaolin Kungfu not enough to defeat a black belt?

On the other hand, it is worthy for black-belts to note that the art they practice is generally a sport, not a real fighting art. If they use what they practice in their classes in a real fight with a street-fighter with a knife, they can be easily killed! Happily such a scenario almost never happen in Europe. But in many other parts of the world, this can happen.

One of my students once told me that he met a boastful father who was so naive that he insisted that my student must spar with his son who was under 10 years old but held a black belt. The father became angry when my student refused to spar with his son, saying that his son could beat up my student easily. If my student who could break a brick, could also break a small boy's skull. But of course he wouldn't. He just smiled and walked away. 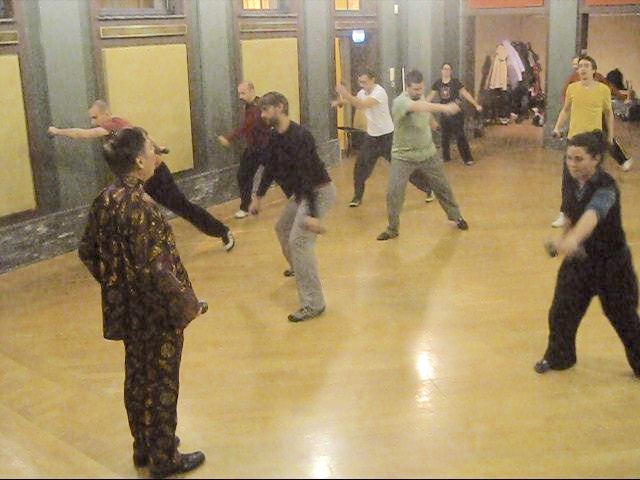 Why is Choy-Li-Fatt, a style that does not use internal power as its base ?

Although Choy-Li-Fatt is generally known as an external style, a few Choy-Li-Fatt masters I know have powerful internal force. Sifu Chow Kok Chee, for example, could kill an ordinary person with a single strike. His brother, Sifu Chow Kok Hong, could break someone's bones with his arm.

Internal force is an important aspect in the Choy-Li-Fatt we practice in Shaolin Wahnam.

Is it impolite to ask when you learned this style? You never mentioned learning it in your earlier writings.

No, it is not impolite. I learned Choy-Li-Fatt from my sifu, Sifu Choe Hoong Choy, whose Choe Family Wing Choon was derived from the Wing Choon of Leong Ye Thye and the Choy-Li-Fatt of Yik Kam.

I also exchanged some weapon sets for Choy-Li-Fatt with Sifu Chow Kok Chee, who was my childhood friend. 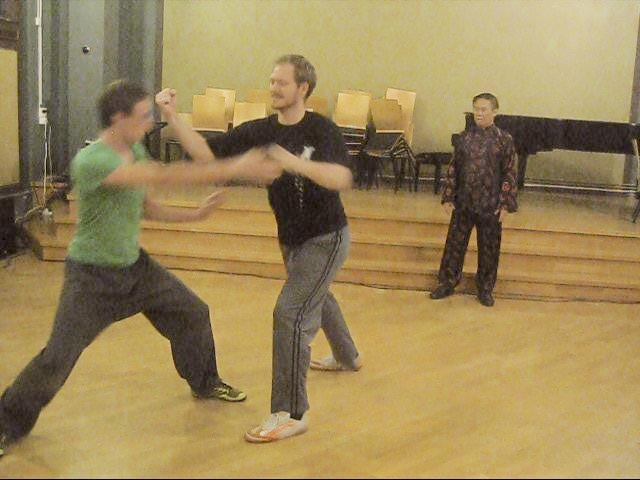 Have you somehow come to the conclusion that internal power is not enough to defeat karate and other styles?

You are grossly mistaken. One main reasons why masters of karate and other styles could not match genuine kungfu masters was because of the internal force of kungfu masters.

Why is there a sudden focus on sparring with other styles? Have you suffered defeat lately?

Restoring the glory of kungfu has been our aim in Shaolin Wahnam since our school was first established. An excellent way to do so is to let our students participant in and win free sparring competitions. Before we can implement this aim we have to train our students in genuine Shaolin Kungfu and Taijiquan, which fulfills another aim of preserving genuine kungfu for posterity. Only when we have fulfilled this earlier aim, can be embark on the aim of preserving the glory of kungfu.

We can fairly say that we have fulfilled the earlier aim of preserving genuine kungfu. We now have kungfu students in all the six continents of the world.

But why didn't we embark on the aim of restoring the glory of kungfu earlier? A main reason is our priorities. We place attaining good health, vitality, longevity, mental freshness and spiritual joys higher in priorities than winning free sparring competitions. Having achieved all these priorities quite well, we now move to this relatively lesser priority.

Our purpose of embarking on our project of training our students to win free sparring competitions has no connection whatsoever with our victory or defeat in sparring with other martial artists. We have claimed that kungfu is effective for combat. We want to walk our talk. 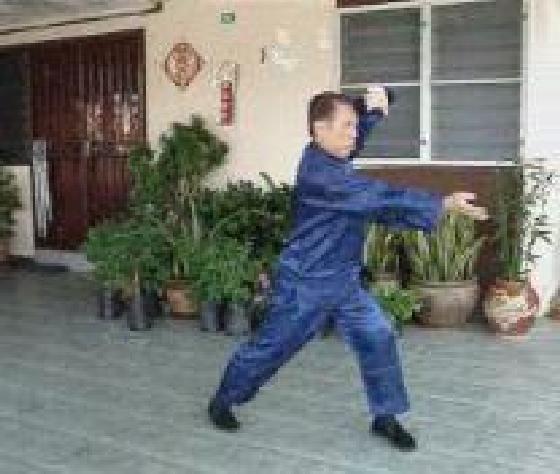 Please help me. Someone threatens me at the spiritual level. This morning he turned his energy at me at my heart and I had pain.

You can overcome the problem by practicing the following exercise early every morning.

Look towards the sky and smile from your heart. Don't worry how you do it, just do it. Then sincerely ask God or whatever term you call the Supreme to protect you. Feel the strength and grace of God flowing through you. Assure yourself that with God's protection, nothing can harm you.

At night just before you go to bed, thank God for his protection and kindness.

What is the different between the Tiger Claw, the Dragon Claw and the Eagle Claw?

Their forms are different. The Tiger Claw is relatively more open, the Dragon Claw is more rounded, and the Eagle Claw more close.