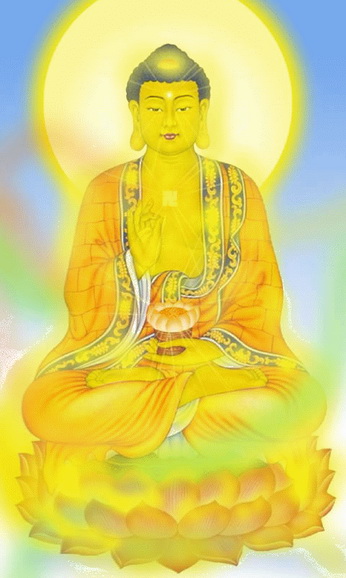 I read your book "Sukhavati" and was just wondering. It says there that sinners can be reborn in Amitabha Buddha's Sukhavati. I didn't understand what you mean by sinners? So does this mean if a person who has done bad things in this life, he can still be reborn in the Western Paradise in the next life? It sounds too good to be true that a bad person can go to heaven!

Yes, it is true that due to the great compassion of Amitabha Buddha, even sinners can be reborn in Sukhawati, or the Western Paradise of Eternal Bliss, if they fulfill the conditions as laid down by the Buddha himself.

The three conditions are:

There are a few ways to practice to be reborn in the Western Paradise. The most simple is to recite the name of Amithaba with a one-pointed mind. The Buddha did not specify how many times must one recite his name, but generally aspirants recite three times, nine times or many times. It is advised that aspirants recite many times.

A sinner is one who has committed some moral wrongs, like cheating, raping and killing. How serious must a wrong be to warrant calling the doer a sinner is quite subjective. For example, if one tells a white lie or kills a chicken for food, is he a sinner? Nevertheless, most people would agree that raping innocent women and killing innocent men are sins.

Some people may think that it is unfair sinners can still go to a paradise. A Buddhist master, Nagasena, once answered this question admirably. He said that if you threw a stone into a sea, it would sink. But if you placed a stone or even a huge iron case in a ship, the stone and the case will not sink. The Buddha's compassion is so great that it is like a gigantic ship ferrying aspirants, sinner and innocent people alike, across the sea of suffering to a land of bliss.

Of course a sinner must sincerely repent. This condition is not explicitly stated, but is understood by those who have cosmic wisdom to see it. If he does not repent, the guilt in his heart would make it impossible for him to have a one-pointed mind.