THREE REASONS WHY CLASSICS ARE NOT EASILY UNDERSTANDABLE 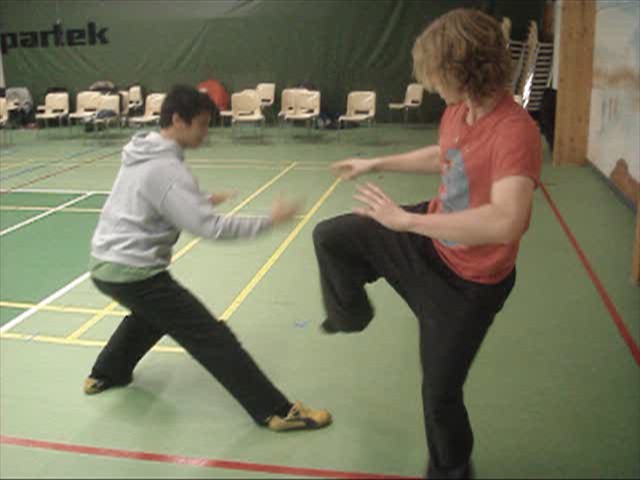 Sifu, you have mentioned that even when one has access to kungfu classics, he may not understand it. Can you please elaborate?

Kungfu classics are rare nowadays, but even when one has access to it he may not really understand what is written due to the following three reasons.

Here is one example, taken from the beginning of "Illustrated Explanation of Shaolin Principles and Techniques", and translated literally as follows.

After that big enemy in front, spear halberd behind, heart not swayed moved by this, energy start be strengthened. So said Tai Mountain tumbles down on my side, East Sea flows in to my right, emperor heart remains natural.

Explained in modern language, the meaning is as follows.

Despite the diversity of the arts as well the practitioners, the cultivation of qi or energy forms the basis. In other words, irrespective of what internal arts they practice and who the practitioners are, the basis is to cultivate energy.

The basis of practice is meditation, or cultivation of mind. In other words, irrespective of the particular methods used in the cultivation of energy, one must be in a meditative state of mind. In simple language it means the practitioners is mentally relaxed and not thinking of any thing.

One must understand that the end or aim of the practice is not just going over the techniques, but to obtain the results. The ultimate aim and result is to attain Zen, or the Supreme Cosmic Reality, to be liberated from and go beyond the phenomenal world of countless lives, deaths and rebirths. In the eyes of Shaolin monks who have denounced worldly pleasures to cultivate for the highest spiritual goal, the phenomenal world is described as fearful compared to the eternal bliss of Enlightenment.

The supreme aim of the internal arts is to cultivate for Enlightenment. After that, one may cultivate for combat. Even when you face formidable opponents, with weapons around, you can remain calm and relaxed, and your energy can sustain you from the start till the end of combat. As the saying goes, 'Even if Tai Mountain tumbles down to your side, and the Eastern Sea flows in to your right', you remain calm and relaxed as in normal condition.

Secondly, kungfu classics are not teaching manuals. The material in kungfu classics is meant for practitioners who have undergone the training, or meant for posterity who are expected to learn the art from living, competent teachers. In the quotation above, for example, it is just mentioned that the basis of internal art is cultivating energy, but how to do it is not explained.

Even when it is explained, only the core instructions particularly related to the practice are given, and are stated in very concise language. Unlike in teaching manuals where instructions are given clearly and in details, in kungfu classics fundamental instructions which practitioners are expected to know but may be crucial to the practice, are usually not mentioned.

An excellent example is the "Shaolin 72 Arts". This classic, in its different versions, is now available to the public in English, and many people have practiced some of these 72 arts from the book. What they don't realize is that without the basic knowledge of force training, which is not mentioned in the book, even when they follow the stated instructions correctly, not only they may not acquire the arts but they may have adverse effects instead.

The following are the instructions to train Iron Arm. I have translated the instructions in the context of a modern language. In a classical language context, the starting line would be "Prepare pole. Strike all sides."

Prepare a wooden pole. Gently strike the pole with your arms. Strike all sides. Start with tens of times, then increase to hundreds, and eventually thousands. Eventually strike with full force. Then change to striking trees, then to striking stone pillars.

The instructions are correct. But unless one learns personally from a competent teacher or is himself initiated into internal force training, even when his arms become powerful, they are nothing like the Iron Arm this specialized art is meant to produce. Worse, he would probably develop adverse effects that he himself may not know.

Why? Because he lacks the basic knowledge, which includes the stances to adopt while striking, not tensing his muscles, how to regulate his breathing, how to be in a meditative state of mind, and the application of chi flow or medication to remedy injuries.

I have purposely chosen as an example an art using relatively external methods with straight-forward instructions. You can imagine how more difficult it will be with an art that is more internal with sophisticated instructions.

Let us now take an example from a Taijiquan classic, "Introduction to Cosmos Taijiquan", which lists the following "Ten Great Principles of Taijiquan". Again, I have translated the ten principles in a modern language context. In a classic language context, the starting words would be "Empty spirit top force", which may be meaningless to many people. In terms of linguistic factors, because they were written later Taijiquan classics are generally easier to be understood than Shaolin classics.

It is ironical that today many Taiji instructors quote these principles to glamorize their reputation and may understand the dictionary meaning of the principles, but do not really know what they mean because they are unable to carry out the instructions to have a direct experience of the principles.

For example, they may know that they should empty their mind, yet they are troubled by countless thoughts in both their practice and in daily life. They know that Taijiquan training should fill them with internal force, yet they feel weak and tired. They know they should sink their energy to their dan tian, but do not know how to do it. They may not even know what qi or energy is, because they never have any qi experience.

The above is taken from Question 1 August 2012 Part 3 of the Selection of Questions and Answers.