LOOKING AT DISEASES FROM THE CHINESE MEDICAL PERSPECTIVE 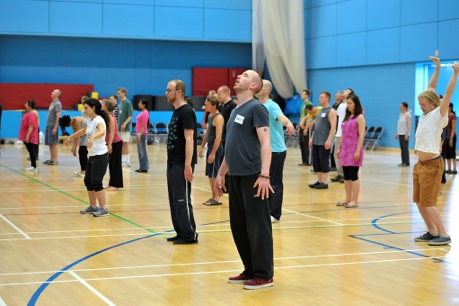 It may sound ridiculous to many people but according to the chi kung perspective all diseases are caused by energy blockage. Hence, when the blockage is cleared the patient will regain health as a matter of course. High-level chi kung is excellent to generate chi flow to clear blockage.

Further tests and detail examination have failed to identify a correctable cause for my patient's illness. Sifu's reply is indeed very much welcome and has restored our hope in helping him.

I have many successful cases of helping patients to recover from diseases where conventional medicine could not identify the cause or site. This in fact is common.

If the cause or site of a disease can be identified, and if a remedy is available, conventional medicine is usually more effective, or at least speedier. But when the cause or site is unknown, chi kung provides an excellent alternative.

You would probably have read my explanation on why chi kung can succeed in overcoming such diseases when conventional medicine may not. Nevertheless, I shall explain it again here.

From the Chinese medical perspective, there is only one disease, called yin-yang disharmony. There may be countless symptoms, and conventional medicine names the disease, or its many manifestations, according to its symptoms.

This difference of perspective gives traditional Chinese medicine a big edge over conventional medicine. When the cause of a disorder cannot be determined, or when there is no known remedy as in the case of viral infections (though the patient should see a Western trained doctor because it helps him to recover faster as it activates his natural defence system, and make the recovery period more comfortable), conventional medicine is quite helpless. It is not a question of conventional medicine being less effective; it is a situation where conventional medicine becomes a victim of its philosophical limitation.

Basically the therapeutic principle in conventional medicine is to define the disorder according to its cause, then prescribe the appropriate remedy. Such a philosophy works well when the cause is known and where a remedy is available. But when the cause is unknown or where a remedy is unavailable, treatment becomes impossible according to this philosophy.

Suppose a patient suffering from what in conventional medicine would be referred to as high blood pressure, consults a traditional Chinese physician. After a thorough diagnosis, the physician concludes that his patient suffers from “rising yang energy from the liver”.

Now, when a disorder is defined as high blood pressure, a conventional doctor only knows the symptoms of the disorder; he has no clue to what the cause is or what a possible remedy can be. Hence, he does his best according to his philosophy and training, which is to relieve the high blood pressure.

High blood pressure is actually not the disorder, it is only the symptom of the disorder. The patient therefore has to take medication for life.

When a disorder is defined as “rising yang energy from the liver”, or “excessive dampness in the stomach” or “insufficient heat in the gall bladder”, a traditional Chinese physician knows exactly what the cause of the disorder is and how to remedy it. If he can lower his patient's rising yang energy at the liver, or reduce dampness at the patient's stomach, or increase heat at the patient's gall bladder, his patient will recover. The physician can achieve these objectives with the use of herbs, acupuncture, massage, chi kung exercises or other means.

Hence there is no such a thing as an incurable disease in traditional Chinese medical philosophy. One major objective in my writing “The Complete Book of Chinese Medicine” is to convey this philosophy to conventional medical scientists, in the hope that it may help them to overcome their present philosophical limitation.

This point is not generally realized. Most conventional doctors today interested in traditional Chinese medicine, only seek to borrow suitable therapeutic techniques from traditional Chinese medicine, such as what herbs, acupuncture points or chi kung exercises may be useful to overcome what disorders. They do not usually appreciate that major break-throughs in conventional medicine can be made by overcoming their philosophical limitation in viewing disease.

There is, however, a big problem traditional Chinese physicians have to face, that is, their diagnosis must be accurate. If their diagnosis is incorrect, such as mistaking “excessive fire in the liver” to be “rising yang energy from the liver”, their treatment logically would be wrong.

Hence, I believe medicine is more of an art than a science. It is the skill of a doctor or therapist in making right judgment and winning the patient's confidence that are often more crucial than the knowledge of anatomy and pathology he has.

Chi kung does not even have this one big problem. There is no need for diagnosis in chi kung! This is simply because chi kung works on the most fundamental level, the level of energy flow. Other medical or healing systems work on higher levels.

In other words, to a conventional doctor or a Chinese physician, his patient may have taken too much alcohol or has been exposed to too much anger. Due to his excessive alcohol or anger, he has high blood pressure or "rising yang energy from the liver".

To a chi kung master, the excessive alcohol or anger may (or may not) have caused the high blood pressure or “rising yang energy from the liver”. But as a result his energy flow is disrupted.

It actually does not matter if the cause of the patient's disorder may not be alcohol or anger but something else. It is also not relevant, according to this chi kung perspective, whether the patient has high blood pressure, “rising yang energy from his liver”, “excessive dampness in his stomach”, viral attack in his spleen, certain chemicals lacking in his system, or other pathogenic factors. All these are intermediate causes. The crucial point is that one, some or all of these intermediate causes result in his energy flow being disrupted.

In other words, a chi kung master has only one consideration, that is, whether the energy flow in his patients or students is harmonious. Harmonious energy flow is a Chinese medical jargon. In simple language it means the energy that flows to all the cells, tissues, organs and systems is making all the cells, tissues, organs and systems working the way they are supposed to work.

This energy flow may be interrupted by intermediate factors like excessive alcohol, anger, virus, inadequate chemical supplies, etc and the disruption or blockage may occur at the liver, blood system, a minute cell deep inside the body, or anywhere else. But irrespective of the intermediate causes and sites, once the energy flow is restored to be harmonious, all the cells, tissues, organs and systems will work the way they are supposed to work, which means the person will regain his good health.

How does the energy flow know the blockage is at the liver and not at the stomach, or in one particular cell or not in another? It is a natural characteristic of energy flow, like water flow, to flow from high levels to low levels. Areas of energy blockage are areas of low or no energy levels. If one practices chi kung sufficiently and regularly, energy flow will clear all areas of blockage, starting with the most serious areas (lowest or no energy levels), then the next, and so on.

This takes time, and the energy flow generated must be adequate. This explains that chi kung is not suitable for acute illness, but excellent for chronic disorders where the cause or sites may not be known. 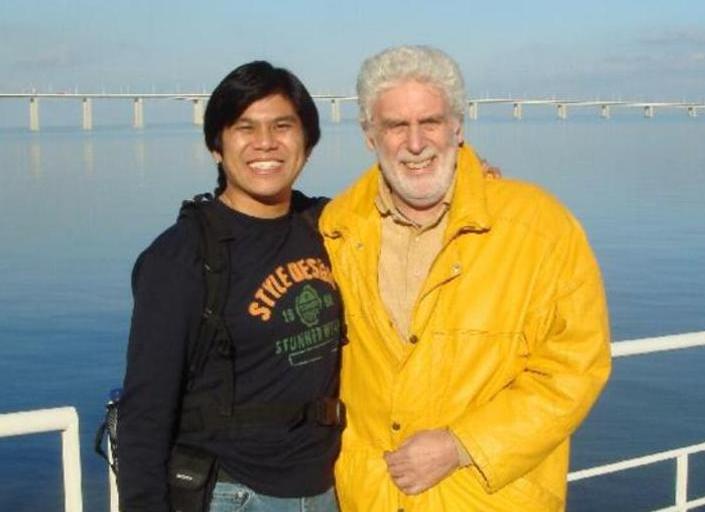 The question and answer are reproduced from Question 1 of the January 2005 Part 2 issue of the Question-Answer Series.