SOME FUN WITH NAMES 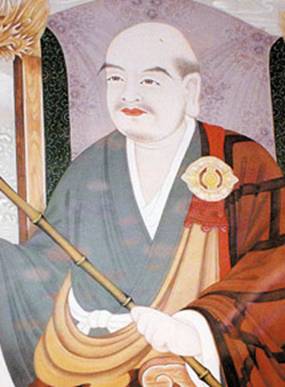 I have read your book on Zen, and found it most enjoyable. I am curious whether there was an error made in the listing of descendants of the five schools of Ch'an teachers. I was looking at Charles Luk's (Kuan Yu Lu) series of books called “Ch'an and Zen Teaching”, in which he makes a similar listing based on the master and the school (usually a mountain name). In your list the name and the school seem to be used interchangeably.

My listing is based on the generation lines provided by the respective masters themselves, and therefore should be the most authoritative. What I mean is this. If the masters themselves, as recorded in their own writings which fortunately are still extant in Chinese, mention that their line is A, B, C, D, E, but some scholars or historians say that it should be A, B, F, D, E, I would choose the one mentioned by the masters as authoritative.

Some misunderstanding may arise as a result of a Zen convention in names. Take for example the famous Zen master called Dao Yi. He taught at a place called Ma Zu, which eventually also identifies the school of Zen from him.

People during his time would refer to the master as Dao Yi of Ma Zu. In the Chinese language, the participle “of” is not used, and the place name is mentioned first. Hence the master was addressed as Ma Zu Dao Yi. Gradually this was shortened to Ma Zu.

It is an interesting convention in Zen that masters are more popularly known by their place names than by their personal names. In my Zen book I usually follow this Zen convention, but sometimes I use the masters' personal names. Hence, the masters' names and the names of their schools, which often are the names of the places or mountains where they taught, are used interchangeably.

This placing of place names before personal names is inherent in the Chinese mode of address. Take for example my name Wong Kiew Kit. “Wong” is my surname, which is derived from the place my original ancestors lived. “Kiew Kit” is my personal name. Hence, people address me as Sifu Wong; “Sifu” meaning “Master”, on account that I am a Shaolin master. Calling me “Kiew Kit Wong” or “Mister Kit” is incorrect.

Similarly the two great Chinese leaders Mao Ze Dong and Zhou En Lai were addressed as Chairman Mao and Premier Zhou, and not Chairman Dong and Premier Lai. However, some Chinese, especially in the West, have adopted the Western way of address. For example, the Chinese name of Charles Luk is known more popularly as “Kuan Yu Lu” although actually it is Lu Kuan Yu.

Chinese names are both meaningful and poetic. It might be interesting to know the meaning of these names. “Dao Yi” word for word in Chinese means “Way One”, which may be meaningless and prosaic when translated literally. But figuratively it may be interpreted variously as “Having one mind to seek the Tao”, “the Way points to Cosmic Reality” or “All teachings which may appear different are actually the same”. “Ma Zu” literally means “Horse Ancestor”. I would leave you and other readers to interpret the meaning figuratively.

A rough analogy is as follows. When you call a woman a man, everybody knows that you mean, depending on your tone and the situation, that she is courageous, or rough, and not that she has male sex organs. But should you mean that she was biologically a man although she appeared in a woman's attire, this would be indicated in your manner of speaking.

Another cause of misunderstanding regarding Chinese names is how they are transcribed from Chinese characters to Romanized alphabet. “Ma Zu Dao Yi” is also written as “Ma Chu Tao I” and “Mao De Dong” as “Mao Tze Tung”, depending on whether the Romanized Chinese system or the Giles-Wades system of transcription is used.

This problem of transcription is further compounded by the dialect the names are called. “Ma Zu Dao Yi” is in Mandarin Chinese, but in Cantonese Chinese (the dialect most popular among Chinese in the West) it is “Ma Choe Tou Yit”. This problem is particularly significant in kungfu terms. Due to historical factors, most of these terms are known in the West in their Cantonese pronunciation, such as “kungfu”, “Wing Choon” and “Hoong Ka”, which in Mandarin will be “gongfu”, “Yong Chun” and “Hung Jia”.

There is at least some semblance between the two pronunciations in the above terms. But sometimes the difference can be far apart. I am Cantonese, so my name is known by Cantonese pronunciation as “Wong Kiew Kit”. If someone sends me an e-mail addressing to “Huang Chiao Jie”, which is my name in Mandarin pronunciation, I may have to read it a few times before recognizing it.

The above is taken from Question 2 of December 2000 Part 2 of the Selection of Questions and Answers.