DON'T BECOME A SLAVE TO INTELLECTUALIZATION 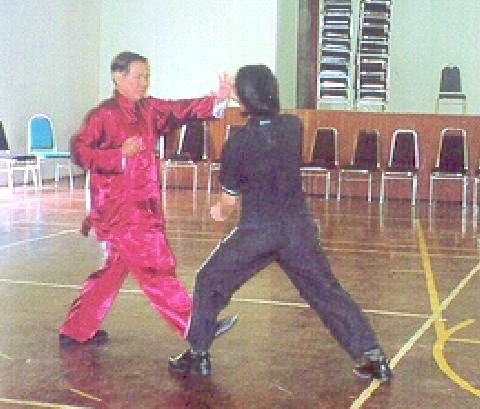 "If we accept this as a possibility then what we generally find is that we have the external manifestation of this work i.e. the form, but I have yet to find information relating to the internal mental dynamic that would go with it." This is intectualization.

If we accept this as a possibility then what we generally find is that we have the external manifestation of this work i.e. the form, but I have yet to find information relating to the internal mental dynamic that would go with it.

Again, your statement is not clear. It is probably due to too much intellectualization which clouds your mind. If you practice Shaolin martial arts or meditation correctly, you will clear your thoughts, which will result in mental clarity.

In your statement, what does “accept this” mean? Does it refer to the less obvious ways or to the monks' consciousness development or to something else? Also what does “this work, i.e. the form” mean? Do you mean that if the effect of the martial arts on the monks' consciousness is not obvious, then we are left only with their external form, and that you have not found information explaining the effect of the external form on the consciousness?

If you go to the Shaolin Wahnam Discussion Forum at https://wongkiewkit.com/forum/, you can find a lot of evidence that Shaolin Wahnam practitioners express themselves clearly and coherently, which indicates mental clarity, and that they are generous, kind and happy, which indicates spiritual development. These are wonderful benefits from practicing the Shaolin martial arts. This is a simple way of saying the external manifestation of this work i.e. the form, has produced beneficial internal mental dynamics that go with it.

We also have the information relating to the internal mental dynamics that go with the external manifestation. In simple language, we also can explain why practicing Shaolin Kungfu produces benefical internal results like mental clarity and spiritual development. This information is found in the oral teaching in our school as well as in writtern texts in kungfu classics.

The information is abundant and profound. But here I shall very briefly explain the findamental principles as follows. We attain mental clarity because each time we practice we keep our mind clear of all thoughts. We attain spiritual development because our practice also cultivate our spirit. 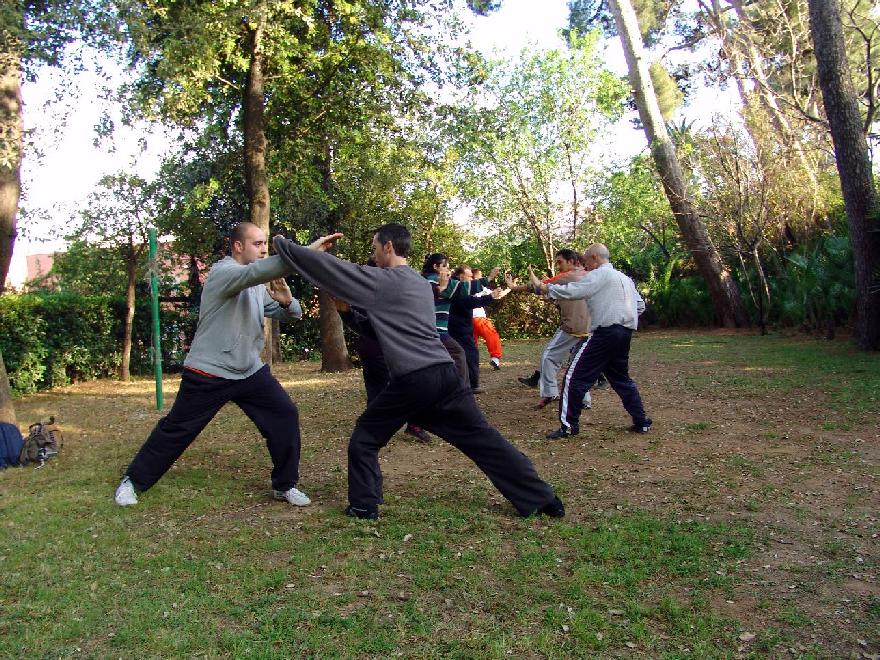 The fact that the Shoalin arts integrate the five or ten animals, breath control and application, the five elements, the primary and secondary directions, the harnessing of intention, the harnessing of visualization, the application and understanding of the instinctive and emotional self, the principles of duality, morality of mind, morality of deed, leads me to believe that the arts handed down from the Shoalin tradition have an integrated internal development approach that is a form of dynamic yoga. I draw this conclusion as there are many correlation between the content and context of the Shaolin forms and Western monastic practice.

This is another example that you are so engrossed with intellectualization with words but may be ignorant of their meanings. Do you, for example, know what is actually meant by saying the Shaolin arts integrate the primary and secondary directions, the harnessing of intention, the harnessing of visualization, or the application and understanding of the instinctive and emotional self?

I don't, simply because different people can give different interpretations to these words. Even if they agree on the dictionary meaning of the key words, they sound hollow without practical experience.

What you mention is not a fact but an opinion, and by the standards of Shaolin tradition, yours is an incorrect opinion. The Shaolin arts, for example, do not integrate the five or ten animals. Some Shaolin arts, like meditation and sutra chanting, do not involve any animals.

Even if we consider only the Shaolin martial arts, which you probably mean, there are many arts, like Iron Palm and Golden Bell, where no animals play any role. There are also arts, like Praying Mantis Kungfu and Eagle Claw Kungfu, where the five or ten animals are not involved.

Even when the five animals are involved, they are not necessarily integrated. There are, for example, White Crane Kungfu and Dragon Style Kungfu.

Actually Shaolin martial arts traditionally mention five animals, and not ten. The five are dragon, snake, tiger, leopard and crane. The other five — lion, elephant, horse, monkey and jaguar — were mentioned just once in a modern kungfu classic, “The Tiger-Crane Double-Form Set”, written by a disciple of the Southern Shaolin master, Lam Sai Weng, in the 20th century. Interesting, although the five additional animals were mentioned, there was not even a pattern named after them in the book.

While some of the terms are used in the Shaolin martial arts, the concepts you mention, like five elements, intention, visualization, and principles of duality, are more applicable to Taoist arts like Taijiquan and Baguaquan. I would prefer to use the terms “five elemental processes” and “yin-yang” instead of “five elements” and “principles of duality” respectively. Even when they are used, regardless of whether in Shaolin or the Taoist arts, they do not necessarily refer to internal dimensions.

In Xingyiquan, for example, which is actually a Shaolin martial art although it is commonly but mistakenly classified as a Taoist martial art, the five elemental processes are used to describe five major ways of striking, which are of an external dimension. While the concept of yin-yang is present in both the external and the internal aspects of the Shaolin martial arts, Shaolin philosophy aims at non-duality rather than duality. Hence, while harnessing of intention may be used in both internal purpose and external manifestation, the emphasis in the Shaolin arts in both internal cultivation and external practice is on non-thought, which is the absence of intention.

Of course, the Shaolin martial arts have an integrated internal development along with their external development, but the terms and concepts used to describe this integration are normally not the ones you suggest. The concept frequently used to integrate the external and the internal is the “six harmonies”, which refer to the three external harmonies of hands, body and feet, and the three internal harmonies of essence, energy and spirit.

Although both concepts are based on energy, the meridian system of Shaolin martial arts is different from the chakra system of yoga, whereas such energy systems are absent in Western monastic practice. Western monastic practice aims principally at going to heaven which is still phenomenal, whereas the Shaolin arts aim at Enlightenment, which is “jumping beyond the phenomenal” into transcendental Cosmic Reality.

Reproduced from Questions 4 and 5 in Selection of Questions and Answers — April 2006 Part 1.

Please e mail your questions to Grandmaster Wong Kiew Kit stating your name, country and this webpage for reference. E mails without these particulars may not be answered.