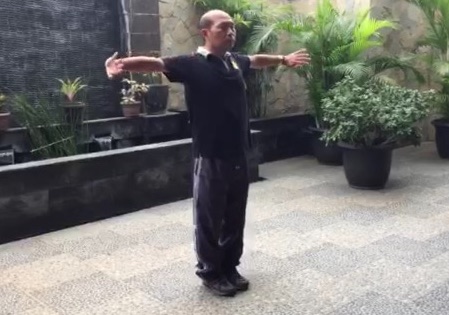 As you know, many people suffer from depression. I wonder if you can elaborate more on that subject in your Q&A section.

Western societies have good governments, job security, individual freedom and high quality of living, yet depression is prevalent. On the other hand, many people in the East worry about when and where their next meals will come, and whether they may be locked up by secret police that very night, yet depression is less prevalent than in the West.

Such a situation is illogical when viewed from conventional Western wisdom. It just could not make sense that people become depressed when they are comfortable and safe. But if we understand chi kung philosophy the situation becomes clear.

From the chi kung perspective, every person is made up of three components, namely jin, qi (chi) and shen, or physical form, energy and spirit. A person becomes depressed when his spirit is weak. For the past few hundred years, Western culture has ignored the spirit. Both Western science and Western medicine do not recognize that the spirit exists.

Hence when a depressed person, i.e. a person whose spirit has been pressed down through neglect, under-nourishment and other factors, consults Western doctors (including psychiatrists), they only look at the physical body of the patient. They may find physical symptoms, which are the physical manifestation of a depressed spirit, and prescribe drugs to correct the body chemistry of the patient, but such treatment only relieve the symptoms temporarily and may have other long-reaching side effects.

Originally psychology was the study of the psyche or spirit, but Western psychology, in its attempt to be an objective science, has deviated from the psyche to physical brain functions and physical behaviour. Hence, like conventional doctors, lacking the conceptual framework to understand the spirit, Western psychologists only address the symptoms of depression.

Chi kung addresses the root cause of the patient's disorder, not only uplifting his spirit but also correcting his energetic and physical defects which eventually result due to his spirit being pressed down. The energy level of a depressed person is low, and negative emotions are locked in his lung system.

Chi kung overcomes these problems in a most simple, direct and effective manner. For example in the simple chi kung exercise I prescribe for your wife, by rejoicing herself in the beauty of life her spirit is uplifted, by exercising her breathing she enhances both her energy flow and energy level, and by opening her chest she releases her locked emotions.

Those unfamiliar with chi kung philosophy and practice may think that chi kung is primitive, without measuring the patient's temperature, blood pressure, body chemistry and brain functions, and without finding out the patient's history. In the chi kung paradigm all these are irrelevant.

Irregularities in his temperature, blood pressure and other physical factors are symptoms of his illness, not the illness itself. His past experiences might be intermediate causes, but not the root cause. Once he has overcome his root cause and restored his normal function — spiritually, energetically besides physically — his illness and its accompanying symptoms will disappear.

Take a simple analogy. Suppose your stomach is not functioning normally. Your temperature and blood pressure may be irregular, you may have pain and you may be unable to think clearly. But once you regain the natural functioning of your stomach, all these symptoms will have disappeared, and you do not need to know what types of gastric juices digest what type of food, what degree of pain you were at, or whether the intermediate cause of your stomach mal-function was a steak you ate two days ago or the traffic jam you face everyday.

The above is taken from Question 2 of May 2002 Part 2 of the Selection of Questions and Answers.