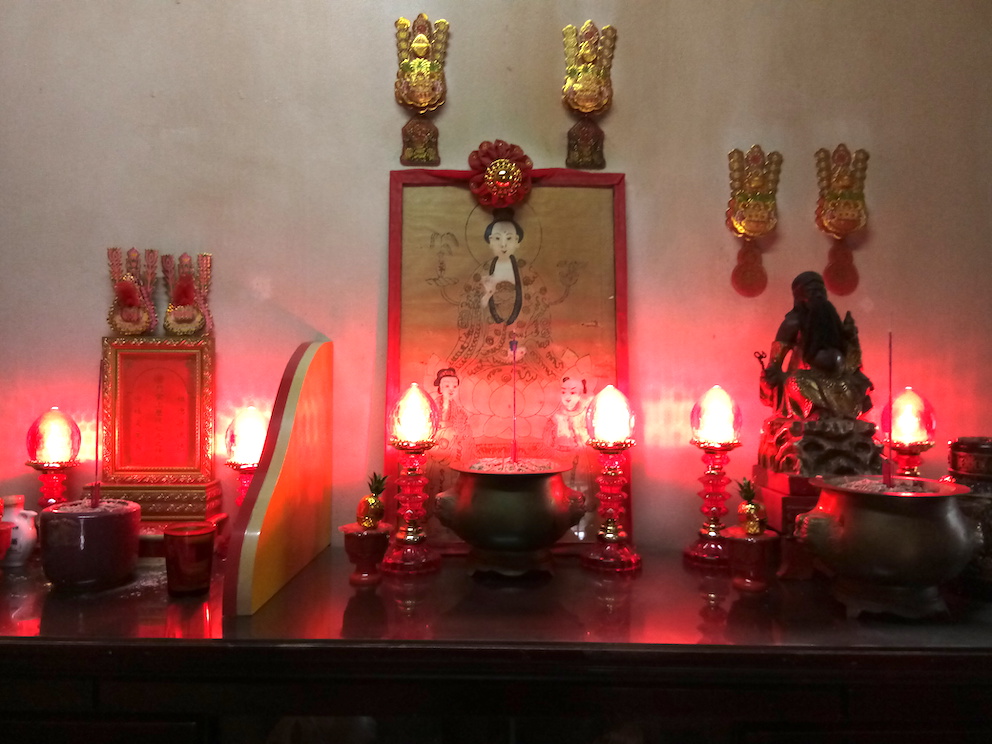 I would ask Sifu to share some nice inspirational spiritual stories with us.

This was what my sifu, Sifu Ho Fatt Nam, personally told me. When he was young, he did not believe in gods. He thought such beliefs were superstitious.

But, unknown to him at that time, he was intimately linked to the great Bodhisattva Guan Yin, and also to the Monkey God, the Great Sage Equal to Heaven.

He was chosen by the Monkey God to be the god's medium. The Monkey God would enter my sifu's body to help people. When this was about to happen, my sifu would shake involuntarily. Soon my sifu knew the divine signals, so he would run to the opposite direction of the temple where divine help would be given to people.

But somehow, for reasons unknown to him, he would find himself back at the temple where people in need of help were waiting for him. This happened every time he tried to run away.

So he made special effort to go to opposite directions. He marked the routes where he should go. He made doubly sure the marks led away from the temple. When the divine signals came, he followed the marks clearly and exactly. He was fully conscious of what he was doing. A few times he said to himself, “Now the Monkey God could not get me.” Then he entered a door and found himself in the temple!

My sifu told the Monkey God that he knew his chosen task was most noble and honorable, but he begged the Monkey God to release him from this task. My sifu wanted to lead a normal life. The Monkey God replied that was his good karma, and he could not escape even though he might not want it.

Finally my sifu accepted his destiny. He helped and saved many people.

Like my sifu, I thought beliefs in spirits were superstitious, though somehow inside me I had great respect for higher gods. When I first went to my sifu's house, which also acted as a temple, for Shaolin training, I was concerned to see statues of gods and Buddhas on the altar. I clearly remember I said to myself that I went there to practice kungfu, not learn religion.

At that time the Monkey God no longer visited the temple regularly. But Immortal Li, one of the eight Taoist immortals, did. Once, I had some personal problems, and my siheng, Ah Heng, who learned Taoist cultivation from my sifu, requested Immortal Li to help me.

Immortal Li had a look at me and told my siheng, “He is a non-believer.” But my siheng persisted. The immortal said, “If you don't believe me, ask him”, referring to me. My siheng became flabbergasted, and apologized, but he still asked, “Why does Immortal say that he is a non-believer?”

The immortal said, “He has never offered a joss stick at the altar since he came here.” This really shocked me. How did the immortal know? I had been to my sifu's house for kungfu training many, many times, and each time no one ever observed whether I made offering at the altar.

But my siheng grasped the opportunity. He politely asked the immortal whether he would help me if I offered a joss stick. I notice a smile washed across the face of the immortal, showing that he was kind though he pretended to be tough. I offered my first joss stick at the altar, and since then I never failed to do so whenever I arrived at the temple.

And since then Immortal Li has been extremely kind and helpful to me and my family, for which I am forever grateful. We all have Immortal Li to thank as the foundation of Shaolin Wahnam was hinted by Immortal Li.