KUNGFU SETS AND THEIR MOVEMENTS 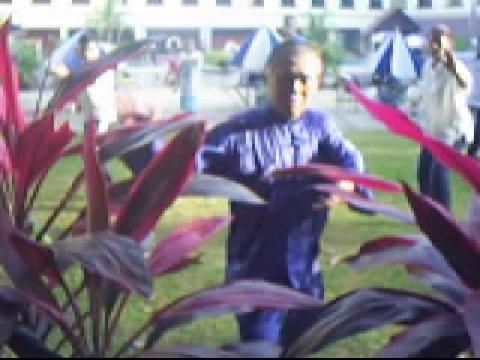 Grandmaster Wong leading a class in performing a Taijiquan set. The same set can be benefit practitioners of different attainment levels.

I had some time to re-read the posts of the master who challenged me on this topic of yielding. I scrolled down the thread to find posts that related specifically to Tai Chi Chuan. The very first three paragraphs of his very first post on Tai Chi Chuan already gave me some interesting material worth further exploration.

I sincerely thank him for his posts. They highlight for me (and I am sure others in Shaolin Wahnam would agree with me) that we in Shaolin Wahnam are so fortunate to have a grandmaster who not only explains Kung Fu principles clearly but makes them come alive for us, thus enabling us to see the difference between his concepts and ours.

"Small Frame Tai-Chi Chuan Form Sets are usually quite challenging for new students to perform with the correct speed, smallness of circularity, and power issuing postures. So, the Set is initially modified to some degree by allowing the movements to be performed with larger circles, a slower speed, and no power issuing, much like the Large Frame Sets are performed. As the movements are sufficiently refined, the circles are made smaller again until at the proper size, speed is increased again, and power issuing is added to the appropriate postures again, thus completing a Small Frame, Small Circle, Fast Speed Form Set."

Our concept and techniques in Shaolin Wahnam are different. To us, the same set can be performed by beginners and masters alike, and each benefits according to his level of attainment as well as other factors like needs and purposes.

For example in our Shaolin Kung Fu, the basic set "Lohan Asks the Way" can be performed by new students with correct speed, smallness of circularity, and power issuing postures without any modification to the set. A master can perform exactly the same set but his speed and power can be many times greater, and he can vary the size of circularity or straightness according to his wish. The difference is not in the set, but in the skills employed in performing it.

Similarly in Wahnam Tai Chi Chuan, a new student may perform the basic set "Cloud Hands" to learn correct forms and movement, whereas an intermediate student can use it to develop internal force and practice combat application. A master can use the same set to attain mind expansion or return to God.

Different masters and different schools teach differently. Naturally we in Shaolin Wahnam prefer the concept and techniques mentioned above.

The challenger continued to say,

"In a similar fashion, Large Frame Tai-Chi Chuan Form Sets make use of essentially the same process. The Set itself, such as Yang Long Imperial 108 Forms Set, is already designed to be practiced with larger circularity, slower speed, and without forcefulness in order to encourage a relaxed and flexible use of the body, better balance and overall stability, and to circulate and store chi internally."

Again our concept and techniques are basically different, In Shaolin Wahnam a set -- irrespective of whether it is the Large Frame Tai Chi Chuan Form Set, Yang Long Imperial 108-Form Set, or any other set ?can be practiced with larger or smaller circularity, slower or faster speed, with or without forcefulness. And irrespective of the set, circularity, speed and forcefulness, it can be performed to achieve (not just to encourage) a relaxed and flexible use of the body, better balance and overall stability, and to circulate and store chi.

Further, the challenger said, "It is understood that such performance of the postures as a training exercise must be modified to a smaller, faster, more powerful manner of performance if the postures are to be used for self-defense and fighting."

While it is true that one can increase the speed, but not necessarily the power, of a movement by reducing its size, in our opinion it is not necessarily that "such performance of the postures as a training exercise must be modified to a smaller, faster, more powerful manner of performance if the postures are to be used for self-defense and fighting."

In fact, it is the big movement that implements the continuous process of yielding, deflecting and countering. If the movement is reduced in size, it will not be effective. Any Shaolin Wahnam students, including new ones, who have direct experience of using the above techniques in their sparring will know that big movements can be effectively used for combat. 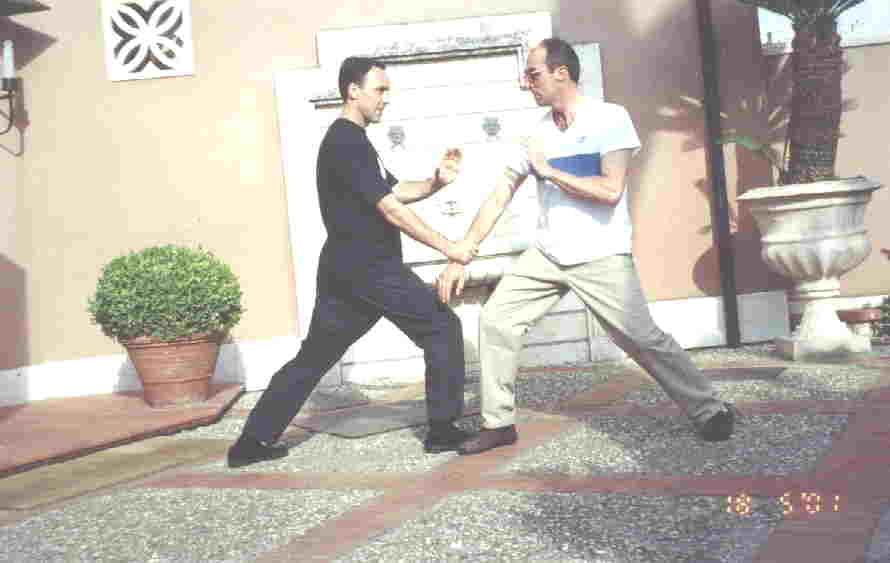 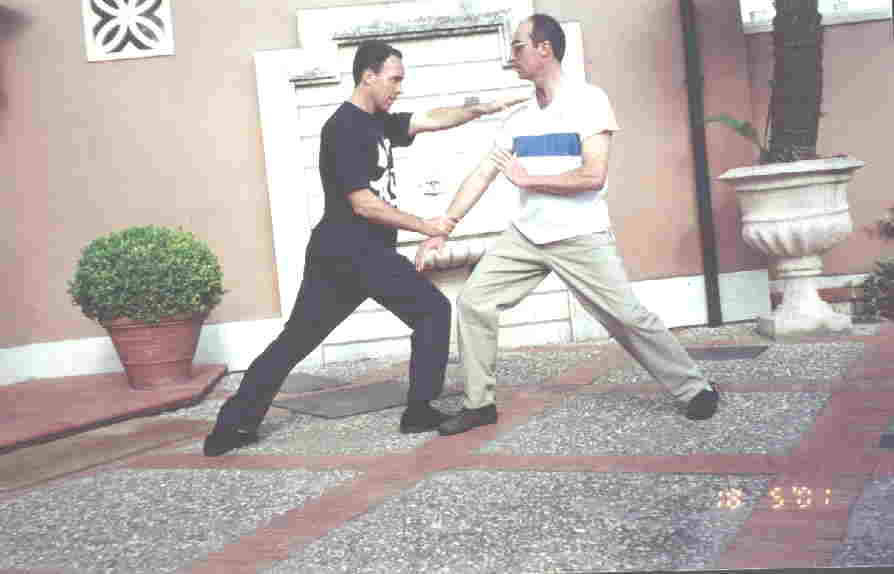 In the top picture Sifu Rama grips Sifu Attilio's hand and simultaneously strikes his throat. Sifu Attilio uses the “peng” technique, called “Immortal Waves Sleeves” in Wahnam Taijiquan, not only to release the grip but also to deflect the palm thrust. A big movement is necessary in this defence.

In Shaolin Wahnam we benefit greatly from having a Sifu who practices a proven, genuine, traditional system. We believe our Arts to be of a high level, but we do not say that there aren't any other arts out there of a high level.

We do say though that high level arts and teachers are quite rare amongst the many martial arts that have appeared since the popularization of Kung Fu etc recently.

I believe we may take some skills or techniques for granted once we are exposed to a high level art, and expect that this is available in all martial arts schools across the board. This simply isn't true.

Many members of Shaolin Wahnam have commented on how they feel some of the martial arts they have practiced in the past now seem, with respect, quite low level. Many have commented that the forms they learned in the past were closer to a dance or gymnastic performance. Many have also commented that when it came to applying the forms that they had performed quite beautifully, they discarded them when it came to free sparring and resorted to basic kick boxing and instinctive fighting. What happened to their traditional Kung Fu training?

I think there is a big difference between some arts that are practiced today compared to the genuine arts from the past. If this wasn't so, why do many people question the existence of Chi, the effectiveness of Kung Fu, the use of stances and forms for combat?

As this discussion is showing, there is much more to learn about these marvelous arts than meets the eye.