TO CATCH SO RELEASE 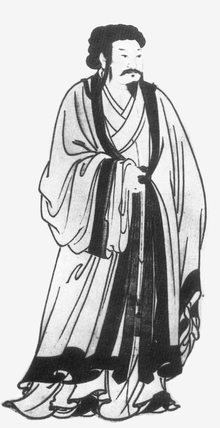 Zhu Ge Liang, one of the greatest strategists in history

"To Catch So Release" seems to contradict how we learn to fight opponents from other styles i.e. don't let your opponent escape, keep pressing. It does not seem useful to throw away the advantage you have once you are able to press an opponent into a corner. Is there a way to use this strategy in a fight against an opponent from another martial art?

It is worthy of note that the strategy "To Catch So Release" does not imply not defeating the opponent. You release the opponent after defeating him, not before. Hence the issue of throwing away your advantage when you have succeeded in pressing an opponent into a corner, becomes irrelevant.

This strategy originated from a story of the Three-Kingdom Period in the 3rd century when the great strategist Zhu Ge Liang physically captured a brave warrior, Meng Hua, seven times and released him six times. Zhu Ge Liang’s plan was to have Meng Hua and his large army surrender to his lord, the King of Shu. If he killed Meng Hua, Zhu Ge Liang would have to continue fighting against the remaining of Meng Hua’s army.

Zhu Ge Liang’s plan worked excellently. On the seventh capture, Meng Hua surrendered. Not only Zhu Ge Liang enlarged the army of Shu, he won the loyalty of a brave warrior.

If your opponent is a Karate instructor, for example, and your objective is to defeat him in sparring, and your aim to show the superiority of Shaolin Kungfu over Karate, you can apply the pressing strategy.

If you train any one of our combat sequences well and apply it on him, it is likely that he has no chance against you. You can defeat him easily. You have won the match, but you may not have won his heart. He and his students will still continue practicing Karate.

Besides the objective of defeating him, and the aim of demonstrating the superiority of Shaolin Kungfu, if you also aim to win him and his students over so that they will practice Shaolin Kungfu instead of Karate, the strategy of “To Catch So Release” is very useful.

You may still use the pressing strategy to defeat him the first time or every time, but it is better to reserve this drastic strategy, which overwhelms your opponent, towards the end. You start with a less drastic strategy, or tactic, working up to a more drastic tactic, and eventually ending with the most drastic tactic, which is the pressing attack. In this way you also demonstrate the wide range of tactics and strategies in Shaolin Kungfu.

The first time you defeat him, you may use strikes. A good tactic is that as he attacks you, you brush off his attack and strike him in return. You have to stop an inch from target, or just gently touch him. You must not hurt him. After convincingly striking him a few times, you suggest another sparring session another time.

The second time you can defeat him using kicks. As he attacks you, lean back your body and kick him simultaneously, stopping an inch from target or just gently touching his body. You highlight to him that in kungfu, we do not hurt one another. We take sparring as fun. Invite him for another round of sparring fun.

The third time you may use felling techniques to defeat him. As he attacks you, fell him onto the ground gently, taking care not to hurt him. As he pants for breath, tell him that in our training, you have more energy and mental clarity after the sparring session than before, and the energy and mental clarity are used not just for sparring but more importantly for health, vitality, longevity, peak performance and spiritual joys. You then suggest that he and his students can also have these benefits if they practice Shaolin Kungfu.

The fourth time you may use chin-na to defeat him. As he attacks you, grip him and subdue him. Release your grip and ask him to attack again. Explain to him that our kungfu training is not just to win sparring but to enrich our daily life. Ask him whether he and his students would like to train with you to have these benefits.

The next time when he spars with you, you may use a pressing attack. This will overwhelm him, giving him no chance to respond. Explain to him that in Shaolin training, there is a great range of tactics and strategies which are used not just in sparring but to make our life meaningful and rewarding. You have been very patient and generous with him, giving him and his students an opportunity to have such training to enjoy the benefits. If he and his students prefer to stick to Karate, don’t waste further time with him.

This strategy is useful only for certain situations, like when you have a lot of resources and you want to win over your opponent. If you are not confident in handling him easily, or if you are not interested in winning him over, this strategy is not suitable.

You release your opponent because you are confident of defeating him easily. This also means that they are many ways to defeat your opponent, not necessary pressing him into a corner.

Of course, this strategy, or any strategy, can be used in a fight against an opponent from another martial art. In fact precisely because your opponent is from another martial art other than kungfu, it is easier to apply this strategy on him because his mode of fighting is quite limited. If your opponent practices kungfu, i.e. genuine kungfu, not only his techniques are varied but also he understands tactics and strategies that makes defeating him more difficult. If you cannot “catch” him, you cannot ‘release” him.

This strategy and all other strategies can be applied to benefit our personal or professional lives. If a person wants to find a wife (or a husband), secure a position or market a product, for example, he may use this strategy. He must have the required conditions, like sufficient resources and wanting a better result than the initial one.

“To Catch So Release”, as your question implies, may be interpreted in a different way. Instead of pressing an opponent into a corner, you pretend to retreat to tempt him to advance, then counter attack in surprise. This strategy is often used in combat, both in mass warfare and in personal sparring, and is known as “Tempt an Opponent to Attack in Futility”.

This interpretation of the strategy is also not a contradiction to a pressing attack. In a pressing attack, you are at a stronger position, but in tempting to attack in futility your opponent is stronger. 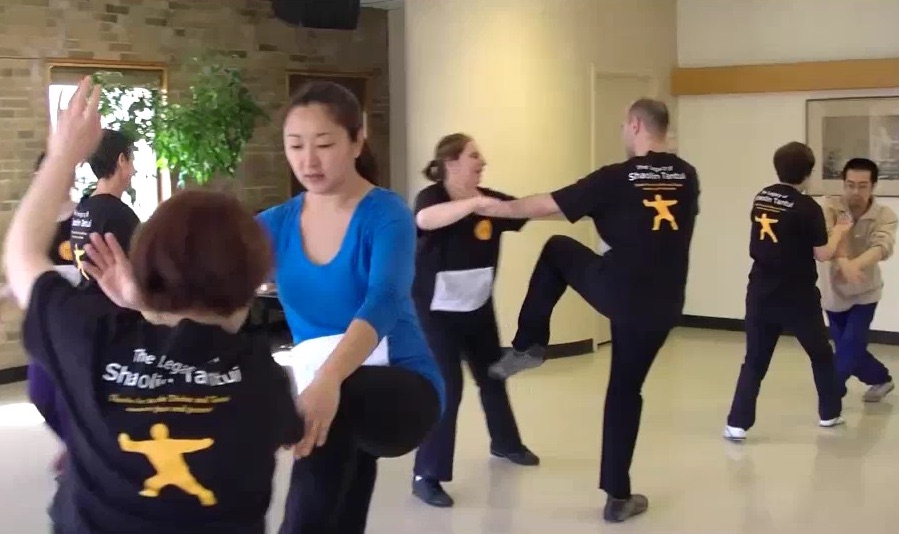 Shaolin Kungfu is full of tactics and strategies