FIGHTING WITH A MUAY THAI FIGHTER 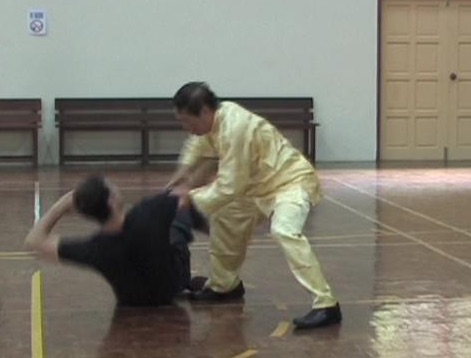 Is there a strategy from this list that you are particularly fond of, or have found particularly useful in daily life or in fighting?

No, there is no one special strategy in this list of Strategies 13 to 18 shown below that I am particularly fond of, but on hindsight I found I used the strategy, To Catch So Release, quite frequently in my fighting.

During sparring or actual fighting I did not employ the strategy consciously, but looking back that was what I did.

I remember quite clearly an actual fight I had with a good Muay Thai fighter many years ago.

I drove to Penang on some business, the details of which I could not remember. I wanted to park my car at an only space for parking opposite the famous Guan Yin Temple along Pitt Street. You know “Sifu’s parking”. I am always lucky, and can find a most suitable spot to park even in situations most other people would consider impossible.

Just after parking my car, a car in front backed along mine. The driver came out and started scolding in a loud voice. I wanted to move out of the parking space to let him have it, but his car was blocking mine.

Eventually he said, “Do you want to fight?”

“Well, that’s interesting,” I thought to myself. I had not been fighting for some time, but previously I went around looking for black-belts for friendly sparring.

Then I saw a woman in his car.

“Your girlfriend is in your car. It isn’t a good time to fight.”

“You’re a gentleman.” I still remember clearly he said that, exactly the same words. “She’s my wife. Please follow my car. I’ll drop her at work, and then we can fight.”

I did. We landed at a quiet place somewhere behind St Georges’ Girls School where no one watched us fight. He was a good Muay Thai fighter. His moves were fast and powerful, and I avoided his attack initially. Exploiting an opening I moved in to give a gentle tap on his groin.

He jumped back and attacked me again. After deflecting his attacks I gripped his throat gently, then let him go.

As he was panting I said, “I thought the fight should be over!”

“I know you hit my groin and gripped my throat, but I can still fight.”

That was typical of Muay Thai fighters and exponents of other martial arts apart from kungfu. Kungfu exponents would have conceded defeat graciously. Other fighters would fight to the end until they couldn’t fight further.

So I thought that the next time I would put him in a position he could not fight further. As I was not prepared to smash his head or fracture his arm, I thought a good tactic would be putting him onto the ground.

This I did, with my grip again gently on his throat. He was agile. He turned his body and kicked, and I rolled away.

By then he was panting heavily. I calmly told him, “Have a rest, and when you are ready we can fight again.”

He did have a rest. Then he walked to me, the first time he appeared in a friendly manner.

I gave him my name-card.

“Oh, no wonder. You’re a Shaolin grandmaster. When we meet the next time I’ll treat you to Hainanese chicken rice.”

Hainanese chicken rice, which is very fragrant, is a delicacy in Penang.

On my return home to Sungai Petani, when I told the story to my wife, she was shock. “How could you give your name-card to him. He may ambush you!”

Men are hopelessly careless. But no ambush came, nor the chicken rice. 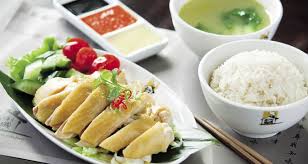