THE 36 STRATEGIES FOR ENTREPRENEURS AND BUSINESS PEOPLE 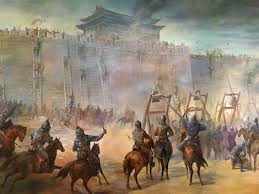 What benefits and advantages are there, for Entrepreneurs and established Business people, to have an in depth knowledge of the 36 strategies as taught by a Shaolin Grandmaster?

Many entrepreneurs and business people, especially outside China and Chinese speaking countries, may not have heard of the 36 strategies, though most of them are familiar with the Art of War. In practical terms these 36 strategies may even be more useful.

This is because the strategies described in the Art of War are overall plans, like being guided by a noble vision, having good leadership, and studying the market, whereas the 36 strategies are specific tricks or tools to attain desirable results. Companies already have their policies, which determine their overall strategies. But changing situations occur all the time which need tricks or tools to overcome them. Hence, the 36 strategies, which are actually tricks, are relatively more useful than the strategies in the Art of War, which are overall principles.

All the 36 strategies are useful to entrepreneurs and business people. Here we shall examine a few examples, which are "Use Rest to Wait for Labour", "Sound East Strike West", and "From Nothing Born Something".

The strategy, "Use Rest to Wait for Labour", which means conserve your energy while letting the enemy tire himself in action, originated from an event during the Warring Period in China in the year 684 BC. The state of Qi planned an attack on the state of Lu.

As the Qi army was superior, the King of Lu was anxious and consulted his ministers. But no one could come up with a feasible plan. At last the ministers suggested to the King to seek the help of a sage called Cao Gui.

Cao Gui accompanied the King and his army to the battle front. The Qi general sounded his battle drums, led his army to the front of the high wall of the Lu fort, and issued a challenge for battle. The King of Lu gathered his army and was about to respond. But Cao Gui stopped him.

The Qi army made a lot of noise in front of the fort, but Cao Gui ignored them, though the King of Lu was very nervous. Seeing no response from the Lu army, the Qi army returned to their camp, but not before making a grand show of strength and teasing the Lu army.

After a few days the Qi general sounded his battle drums again, led his army to the fort and issued another challenge for battle. Again Cao Gui ignored the Qi army, though the Lu army was ready to fight. The Qi army again made a lot of noise and teasing outside the fort, but finally they returned to their camp.

After a few more days, the Qi army came again, more for teasing and making noise than for a battle. But to their utter surprise, this time the Lu army rushed out fiercely to slaughter them. The Qi army was ill prepared. The Qi soldiers dropped their weapons and ran for their lives.

The King of Lu ordered his soldiers to give chase. But Cao Gui stopped them. He came down from his chariot and examined the retreating tracks of the Qi army. Then he said, “Yes, now we can chase after and destroy the Qi army.” The battle was a disaster for the Qi army, despite being superior to the Lu.

Cao Gui, a famous strategist of the Warring States Period

After the resounding victory, the King of Lu asked Cao Gui, "Why didn't you respond to the challenge to battle the first two times, and why did you stop me from chasing after the Qi army at first?"

"The first time the Qi soldiers were in high spirit for battle, so we didn't fight them. We wanted to wear them down. The second time they were also in high spirit, but we wore them down further. When they came the third time, they were not ready to fight, while we have built up the fighting spirit of our soldiers. It was the best time to fight."

"When they ran, I wanted to make sure it was not a trap. So I examined their retreating tracks and found them in disorder, which show that their retreat was unplanned. Then it was safe to give chase."

Successful entrepreneurs and business people make use of this strategy of "Use Rest to Wait for Labour", or conserving our energy while letting our opponents tire themselves in unfruitful activities, to make huge profits. A good example is the City Development Limited of Singapore. It waited for its competitors to tire themselves, through economic downturn and poor management, before it made its move. In 1989 it had only 6 hotels. By 1987 it had 62!

Another example was Raffles Holdings also of Singapore. In 1997 it bought the world famous Four Seasons Hotel in Hamburg for 80 million deutsche marks, which was about one-third the price its previous owner had paid a few years earlier.

The strategy, "Sound East Strike Wes"t, is often used by entrepreneurs and business people. They send out false signals to disguise their real intentions. In 1995 Cycle and Carriage expected new models of the E series of Mercedes cars to arrive, but it had to clear off its old models to make space for the new ones. So not only it offered its E series of Mercedes cars for sale at slashed price but augmented its features as a masterpiece model. The strategy was very successful.

Another strategy often used in business is "From Nothing is Born Something". The bidding for special car plate numbers and telephone numbers is a good example. These numbers have to be given out anyway, but by creating a demand for them the relevant authorities or agencies can make a big fortune. For example, in 1993 the car plate number 2 belonging to the Hong Kong government was sold to a businessman for HK$9.5 million!

Another example of this strategy of creating something from nothing is a listed company buying back its own share. This is one way to return surplus funds to its shareholders. It is also a good strategy to create an impression that supply is insufficient to meet demand, thus pushing up the price of its shares.

This strategy should be an inspiration to our instructors and healers. If entrepreneurs and business people can create a demand for their products or service when there is actually none, and make a fortune, our instructors and healers should not have difficulty getting many students and patients when the demand for genuine arts and overcoming illness is real. Understanding the 36 strategies will be a great help.

Note: The examples of City Development Limited, Raffles Holdings, Far East Organization, Yeo Hup Seng and other illustrations are taken from “36 Strategies of the Chinese” by Wee Chong Hou and Lan Luh Luh. 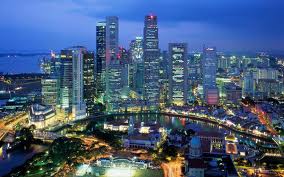