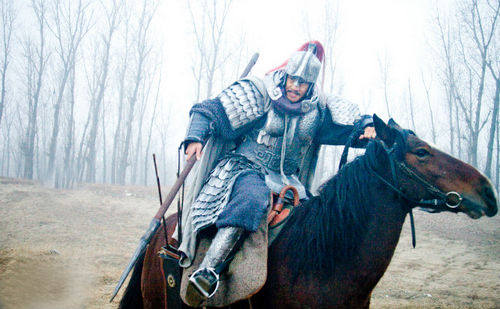 A common saying is that of the 36 strategies, running is the best. How true is that in kungfu application and combat? Some commentators have translated the text to explain "running" as yielding in order to attack, while others have interpreted this to mean to retire at one's peak or victory. I would like to humbly seek Sifu's views on this strategy. Also, would running away be the best strategy in some cases?

"Shang ji" means superior strategy, but is sometimes mis-interpreted as the best strategy. Hence, the expression means that of the 36 strategies, running away or escape is a superior strategy. It is the best choice in a situation where beginning or continuing to fight will end with sure defeat.

This philosophy is important. In some culture, it is considered cowardly to run away. A samurai, for example, would kill himself if he failed in his mission rather than escape to fight again. In kungfu culture the values are different. It would be silly to kill himself. He should escape, and fight again, not any time but when he found himself in a strong position.

In combat, both in real fighting or figuratively as in business, when an opponent is definitely stronger and you are sure to lose if you fight, you have three options – to surrender, to negotiate for peace, or to escape. To surrender concedes total defeat, and you are at the mercy of the opponent. To negotiate means that you still have a chance to fight but usually are in a disadvantageous position. Escape does not indicate defeat; it shows you are smart to conserve your energy or resources so that you can fight again when conditions are more favorable.

This strategy originated from the story of "hong men yan", or the "Feast of the Hong Gate" in 206 BC. Chu Xiang Yu and Liu Bang combined forces to defeat the Qin Dynasty (of Shi Huang Ti). Xiang Yu's force was superior but he was suspicious of Liu Bang, and wanted to eliminate him. So he threw a grand feast at Hong Gate and invited Liu Bang to attend, with the intention to assassinate him. Liu Bang knew the scheme but was in a dilemma. If he attended he could be killed, but if he did not attend he would give Xiang Yu an excuse to kill him.

But his advisor, Zhang Liang, who was another great strategist in Chinese warring history, advised him to attend. During the feast, one of Xiang Yu's generals gave a sword demonstration, but the real objective was to assassinate Liu Bang. Zhang Liang asked one of Liu Bang's generals to give a simultaneous sword demonstration too. The real objective was to provide bodily cover for Liu Bang, giving no chance for assassination by the enemy general.

Liu Bang pretended to be drunk, and asked leave to go to the toilet. As he could hardly walk, his general and Zhang Liang escorted him. The real intention, of course, was to protect him. Later only Zhang Liang returned to the feast.

"My great Lord," Zhang Liang addressed Chu Xiang Yu, "my master is not good at drinking. He has to return home early." 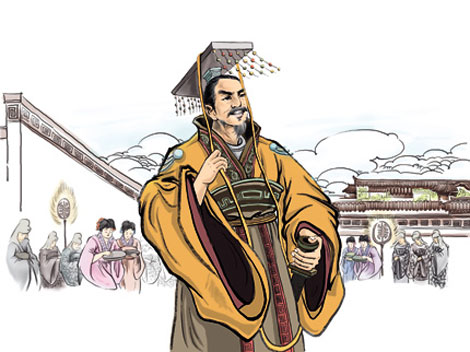 Liu Bang, the first emperor of the Han Dynasty

Chu Xiang Yu regretted this fatal mistake. Years later Liu Bang reversed his fortunes and with the strategies of Zhang Liang eliminated the force of Xiang Yu and drove him to the edge of a river. There was a lone boat with a solitary boatman. Xiang Yu thought he was lucky, and ordered the boatman to take him across the river.

When they reached the middle of the river, the boatman removed his disguise. He was none other than Zhang Liang. In his bravado, which was typical of his character, Xiang Yu killed himself. I could not help thinking that had Xiang Yu attended the 36 Strategies Course in Ireland, or even had just read this answer, he might escape to fight another day.

Liu Bang became the first Emperor of the famous Han Dynasty. Soon, Zhang Liang took leave from the Emperor to retire to the countryside. He changed his name and lived inconspicuous amongst unnamed folks. Just as Zhang Liang had anticipated, not long after that Liu Bang started eliminating those who helped him to the throne.

In this short story, Zhang Liang applied “Escape is a superior strategy” twice. Do you know when?

In kungfu application and combat, escape here does not mean that while fighting you turn your back and run. This will expose your back to your opponent, which is giving him a free offer. In the past, opponents might send secret weapons like flying daggers after the escapee.

It means you escape the situation which may lead to fighting. You escape before a possible combat begins. If you know that the chance of winning is slim, you may escape by saying, "This is not a good place for fighting, it is too public" or "It is our school policy not to accept personal challenges. I shall report it to my Grandmaster and let him decide whether to take up your challenge".

"Running" may be interpreted differently by different commentators, like yielding in order to attack as in Taijiquan Pushing Hands. But I would not interpret it in this way. The Chinese term for "yielding" here is "hua" which means "neutralize". It is not "zou" which means "running".

This is different from "escaping in order to attack", or "using retreat as a means to advance". This, in fact, is implied in the Escape strategy. This attacking or advancing after escaping or retreating, may be immediate as in some kungfu patterns, such as "Fierce Tiger Descends Mountain" in Shaolin and "Green Dragon Shoots Pearl" in Taijiquan, or after some time as in the case of Liu Bang.

Yes, the Escape strategy can be used to mean retiring at one's peak or victory. That was what Zhang Liang did. That was also what the great statesman, Li Kuan Yew, of Singapore did. The difference was that Zhang Liang escaped from possible persecution, whereas Li Kuan Yew retired from glorious achievements.

Running away is usually not a good strategy in most cases. There are 35 other excellent strategies to use. But when he is sure to be defeated, escaping (but not necessarily running away) is the best strategy in that situation, though it may not be the best of the 36 strategies. Indeed, I believe one should use the Escape strategy when the other 35 do not serve the purpose in question. It is not for no reason why it is listed as the last of the 36 strategies. 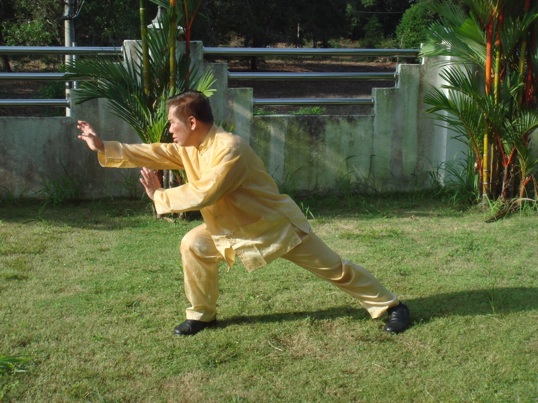