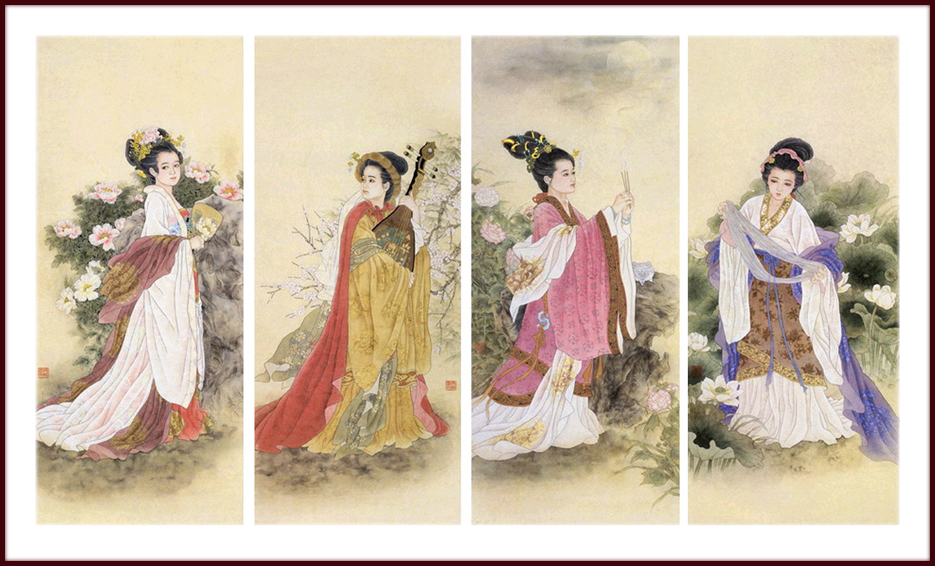 The famous four beauties of China

The 36 Strategies seem to be war tactics to overcome an enemy (win-loose). Can we use them, when our aim is to create a win-win outcome in a private or business conflict?

Although the 36 strategies originated from warfare, we can use them to create a win-win outcome in private or business conflict. This is in fact a main reason why Joan is organizing the Thirty Six Strategies Course in Ireland.

While most of the 36 strategies were used by strategists in the past in a war situation to defeat an enemy, thus resulting in a win-lose outcome, there were also occasions when a win-win outcome resulted. Two good examples are how the strategies "From Nothing is Born Something", and "Empty City Strategy" originated.

During the Warring State Period between the 5th and 3th century BC, a strategist, Zhang Yi, attempted to seek a career with the King of Chu. But the King was not interested in him.

"If You Majesty does not find my service useful, I beg Your Majesty's permission to leave Chu so that I can go to the state of Jin," Zhang Yi said.

"Although Your Majesty may not want me, I have great love for Chu. Is there anything Your Majesty would like me to bring from the state of Jin?"

"The state of Chu has everything. We have a lot of gold and silver, pearls and ivory. We do not need anything from Jin."

"Doesn't Your Majesty want beautiful women? The women of Jin are the most beautiful in the world. They are like fairies. They have rosy cheeks and pearly skin. When they speak, they sound like crystal bells. When they walk, they are like breeze blowing through willows."

The King was excited. "Bring me some if you can."

Zhang Yi purposely let out the news that he was to go to the state of Jin to find beautiful women for the Chu King. The Chu King had two beautiful concubines. They were alarmed that the Jin women Zhang Yi brought back from Jin might replace them. So they sent a lot of gold and silver to Zhang Yi to appease him.

Zhang Yi sought an audience with the Chu King to arrange for a date of his departure for Jin.

"That is right", the King said, "I shall ask my two beautiful concubines to be present. People say they are the most beautiful women in the whole state of Chu."

A banquet was held, and the two beautiful concubines sat on each side of the King. Zhang Yi rose and knelt before the King.

"Your Majesty, please punish me."

The King was very happy. He appointed Zhang Yi as a minister who proved himself to be very useful to the state. Zhang Yi received not only favours from the King but also a lot of gold and silver continuously from the two concubines. This strategy made everyone happy.

Although this strategy happened during a warring period, it was not used in warfare but in private life for the King and the concubines, and in business for Zhang Yi.

Zhu Ge Liang, one of the greatest strategists of China

The origin of the "Empty City Strategy" occurred in warfare.

In the Three Kingdom Period, about the 2nd and 3rd century CE, Zhu Ge Liang, who is more known than Sun Tzu as a great strategist in Chinese societies though Sun Tzu is better known in the West, was defending the city of Yang Ping with only 10,000 soldiers. Cao Cao's army under general Si Ma Yi was advancing with 200,000 soldiers.

Zhu Ge Liang ordered all the people and his soldiers to leave the city. He opened all the gates into the city and sat on top of the city wall playing a Chinese piano and enjoying wine. When Si Ma Yi arrived he was very surprised to find the city empty, with Chu Ge Liang alone confidently enjoying himself.

Si Ma Yi stayed outside the city for a while, deciding what to do. Finally he gave the order to retreat.

His son, Si Ma Zhao, came forward and asked, "The city is empty. Why don't we just enter to capture it?"

"Don't you know that Zhu Ge Liang is a great strategist? He must have laid an ambush inside the city. Don't fall into his trap!" Si Ma Yi replied.

In the West, this strategy would be called a bluff

Although Si Ma Yi missed the opportunity to capture the city and more significantly capture a great strategist, no one was killed, or even injured. It allowed Si Ma Yi to live long enough to become the eventual victor of the three kingdoms and start the subsequent Jin Dynasty.

The strategy From Nothing is Born Something is frequently used in business circles. Innovative people can make a fortune using this strategy by creating a demand for their product or service when there was originally none. Good examples are the yoyo, pet rocks and digital dogs. Their inventors, who are certainly very smart entrepreneurs, have created something out of nothing and made a big fortune. Everyone wins in the application of this strategy here.

Another good example is the auctioning of antiques and collectors' items. Auctioneers are very skillful in applying this strategy though they may not have heard of the name of the strategy. Successful buyers are happy with their purchase though the price they have paid may be ridiculously beyond its practical usefulness. The result is a win-win outcome.

We must, however, be careful of unscrupulous people using this strategy to cheat. Many of you would have the experience of receiving e-mails from charlatans claiming to be agents or authorities telling you that you had won a fabulous prize or asking you to supply your bank particulars so that large sums of money could be temporarily transferred into your bank account to be channeled out later but a huge commission would be given to you. Some might think they had nothing to lose as they would receive money first. These are international scams. Victims would be asked to pay large administrative fees or be arrested and blackmailed to pay large ransoms.

The other strategy, "Empty City Strategy", is also often used in private and in business with a win-win outcome. However, the result could be disastrous if the plan did not go through.

Many kungfu masters (more correctly kungfu gymnastics masters) use this strategy without being aware of it. They know they would have a difficult time fighting Karate and Taekwondo black-belts. To cover their inadequacy they use their reputation as well as the belief that kungfu can be deadly. They give an impression that if they were to fight they could kill their opponents.

Indeed some years ago a grandmaster on our Shaolin Wahnam Discussion Forum used this trick. His views on our forum, which were incorrect, were systematically refuted by us. In the end he challenged our instructor who was debating with him to a sparring match. He thought, wrongly, that his title as a grandmaster would scare our instructor.

But we knew he could not fight well. How did we know if we had not sparred with him? We knew from the posts he put up on our forum. In fact, judging from the way the public debate went, we also knew that he would challenge us to a sparring match. Our instructor promptly took up the challenge, which must have surprised him. He backed out with an excuse.

For us the result was a win-win outcome. Although we could beat him, otherwise we would not fight, we prefer not to have the fight at all.

In the 1970s there was a housing boom in Malaysia. Some developers who did not have sufficient funds to build houses, still went ahead using this strategy. They had luxurious offices and attractive marketing material to impress buyers, who took loans from banks to pay progressively as the houses were being built. Hence, with the progressive payments from the buyers, the developers who would otherwise not have sufficient capital, could successfully build the houses. It was a win-win outcome. Everyone was happy. The purchasers had their houses, the banks had business, and the developer made huge profits.

Later, this scheme could not work. Despite attractive marketing, there were insufficient buyers to provide working capital. Many developers abandoned their projects and ran away, and the poor buyers who earlier invested their money lost their savings. The scheme could not work not because it was ineffective but because of changing conditions. There was over-building and an economic depression.

The Yi Jing, from which the Thirty Six Strategies drew much of its philosophy, emphasizes that situations are constantly changing. When employing any strategy, one must remember these changes. 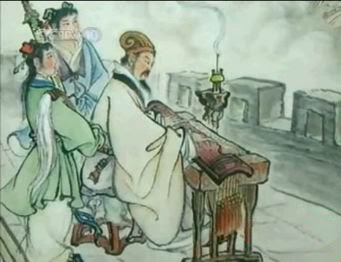