USING STRATEGIES TO BE BETTER POETS AND ARTISTS

Diao Chan, one of the four famous beauties of China

Can we use the 36 Strategies in non-conflict situations? Can we for instance use them to enhance our scholarly pursuits to become better poets, better artists, etc?

Yes, the 36 strategies can be used in non-conflict situations.

Yes, these strategies can be used to enhance scholarly pursuits in becoming better poets, artists, etc.

Let us examine some examples of two strategies, "Beauty Strategy" and "Double-Cross Strategy".

The "Beauty Strategy" originated from the story of Diao Chan, regarded as one of the four most beautiful women in China. At the beginning of the Three Kingdom Period, 2nd and 3rd century CE, the premier, Dong Zhuo, became very powerful and ruthless, especially after adopting Lu Bu, regarded as one of the best warriors in history, as his god-son.

A patriot, Si Tu Wang Yun, decided on a strategy to eliminate the ruthless premier. He invited Dong Zhuo to his residence for dinner, and had his beautiful maid, Diao Chan, whom he treated like his daughter, to serve Dong Zhuo. As expected, Dong Zhuo was enticed by the beauty of Diao Chan. Si Tu Wang Yun offered to present Diao Chan to Dong Zhuo.

On a separate occasion, Si Tu Wang Yun invited Lu Bu to his residence, and as if by chance Lu Bu found Diao Chan sobbing. She told Lu Bu that she was given to Dong Zhuo as a concubine against her wish. She used her charms to entice Lu Bu and asked him for help. She promised to marry him if he could help her. Lu Bu, like many heroes in history, could not resist the entrapment of a beauty. They exchanged gifts of betrothal.

A series of events aggravated discord between the god-father and god-son. Eventually, by a skillful arrangement of events, Dong Zhuo found Diao Chan in the arms of Lu Bu. Dong Zhuo was jealous and furious. He drew his sword and wanted to kill Lu Bu. Lu Bu ran, but killed Dong Zhuo with his crescent-moon spear instead. Diao Chan kept her promise. She married Lu Bu, the most beautiful woman becoming the wife of the most formidable fighter of the time.

The "Beauty Strategy" can also be used beneficially, and in a non-conflict manner. A beauty, Li Xiang Yu, was a great inspiration to the Southern Tang Emperor, Li Hou Zhu, in the 10th century. Southern Tang was a small kingdom under the suzerainty of the Song Dynasty. Li Hou Zhu, which literally means Li the Last Emperor, was a great poet rather than a capable ruler. He created a new poetry form, called ci, which for a better term may be called poetic prose.

Many of his poetic works are still widely read and admired today. Some of the lines of his famous work, Yu Mei Ren or the Beauty Yu, have become common quotations in Chinese today, like the lines below in Cantonese (which I believe is closest to how they originally sounded), Mandarin and English.

The beauty who inspired the poet or artist needed not be a lover. She could be a sister or even a stranger. The English poet laureate, William Wordsworth was much inspired by his sister, Dorothy. He wrote about her in the poem Tintern Abbey as follows

Leonardo Da Vinci who lived in the Renaissance period of 16th century and regarded as a genius without parallel, was inspired by a stranger to paint Mona Lisa, acclaimed to be the best known and most visited work of art in the world. It is priceless and is now exhibited in Musee du Louvre in Paris. 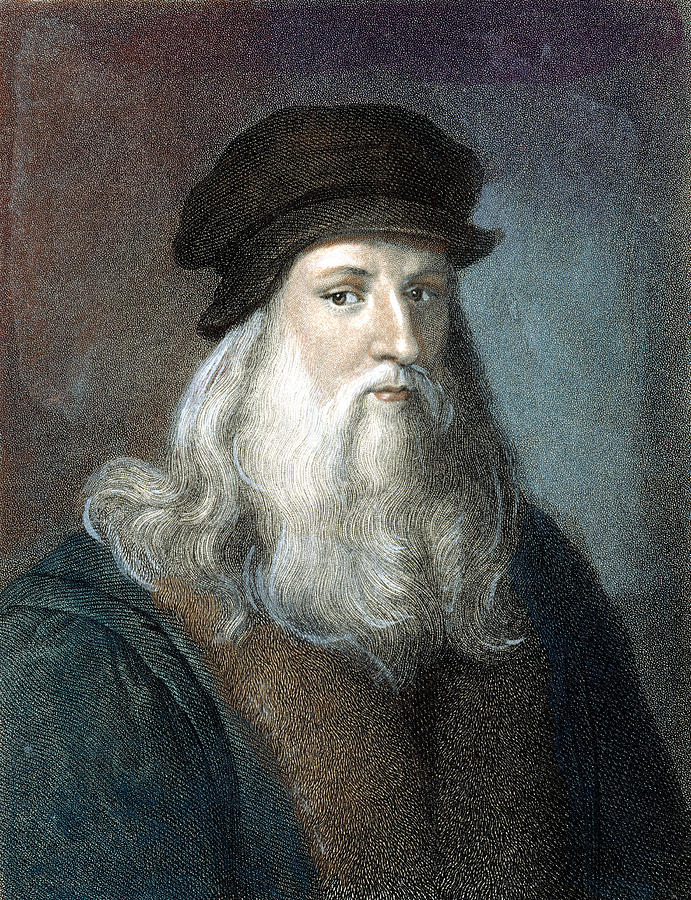 The origin of the "Double-Cross Strategy" shows the ingenious skill of Zhou Yu, a great general and strategist of the Three Kingdom Period (2nd and 3rd century) who turned a spy’s maneuver against himself and his boss without their knowing. You may have seen this event in the outstanding movie, Red Cliff, which showed majestic warring scenes in classical China as well as incredible application of strategies.

Cao Cao led a huge navy to attack the state of Wu. The Wu general, Zhou Yu, was alarmed when he learned that Cao Cao’s navy was commanded by two capable admirals, Cai Mao and Zhang Yun, who recently surrendered to Cao Cao. Just then, a messenger entered to inform him that his childhood friend, Jiang Gan, wanted to see him. “Aha,” Zhou Yu murmured to himself, “the problem is solved.”

Jiang Gan was a spy sent by Cao Cao to find out military information of the state of Wu. He was nervous at first, worrying that Zhou Yu would know his intention. But to his surprise, Zhou Yu was very happy to see him, treating him as in the old times, and even showing him around his military base. They talked about everything except military matters, and after much drinking and merry making, Zhou Yu was drunk, but he managed to tell Jiang Gan that just as of old times he must spend the night and share the room with him. Jiang Gan grabbed the opportunity.

Zhou Yu slept soundly. Jiang Gan crept out of bed to examine Zhou Yu’s military documents. He was shocked to find a letter from Cai Mao and Zhang You, written in clumsy writing characteristic of the two rough warriors. The letter read as follows.

"Circumstances forced us to surrender to Cao Cao. We manage to cheat Cao Cao, and now have him in the middle surrounded by our boats. When the time is ripe, we shall present his head to General."

Jiang Gun left in the middle of the night with the letter and showed it to Cao Cao. Cao Cao was furious. Immediately he ordered Cai Mao and Zhang You to appear before him.

"It is not a wise thing to do, my Lord," they replied. "Our soldiers are not used to fighting on water yet. We have to train them first."

"By that time you’ll have my head for Zhou Yu." In his haste and anger, Cao Cao executed the two capable admirals.

Without capable leadership on water warfare, Cao Cao's navy was almost wiped out in the Battle of Red Cliff by fire attack from Zhu Ge Liang, whose master, Liu Bei, allied with the King of Wu.

Zhu Ge Liang, who later outwitted Zhou Yu, did not have an army. Even the arrows he used in the fire attack against Cao Cao were "borrowed" from the enemy. The Battle of Red Cliff is an example I often mention for our instructors and students to win free sparring competitions -- even if our opponents were stronger than us, but actually they aren't. The strategy is to fight in a way our opponents are not used to, i.e. using our combat sequences. If needed, we can also use arrows borrowed from them to burn their ships, i.e. use their jabs, kicks and shoots to defeat them.

The "Double-Cross Strategy" is often used by modern poets and artists. Though business consultants, research scientists and marketing agents may not paint pictures or write poetry, their work is poetic and artistic. They are privy to corporate secrets, and it demands high moral values to resist selling these secrets to competitors who offer high prices.

Even when they do not reveal these secrets to other people, the work they have developed for their clients, for which they are handsomely paid, can be used for further clients, albeit in different forms. This may not be called double-crossing, but the underlying philosophy is similar, i.e. using the secret of one party for another party for one’s benefit.

We can go a step further from here. In the Double-Cross Strategy, one party is harmed. It is a win-lose outcome. Having understood its underlying mechanics, we can transform an otherwise immoral strategy into a moral strategy where everyone benefits in a win-win outcome.

In fact this happens frequently in information technology. A lot of computer software is invented based on previous success, and we all benefit. This is what we do in Shaolin Wahnam. A lot of secrets are hidden in kungfu and chi kung classics. We digest them, and share them with our Family members in particular and with the world in general for everybody’s benefit. The Thirty Six Strategies Course is a formal attempt in this direction, understanding and applying classical strategies in a poetic and artistic way to enrich our daily life. 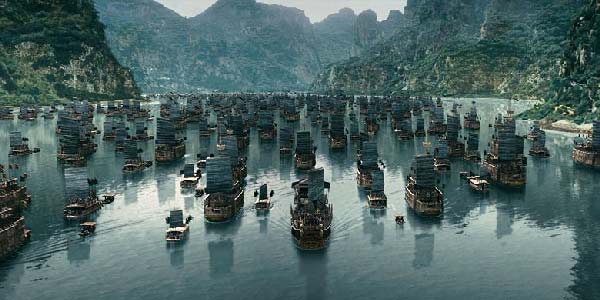 Cao Cao's navy before the Battle of Red Cliff