COMMENTS ON SONGS OF BAGUAZHANG 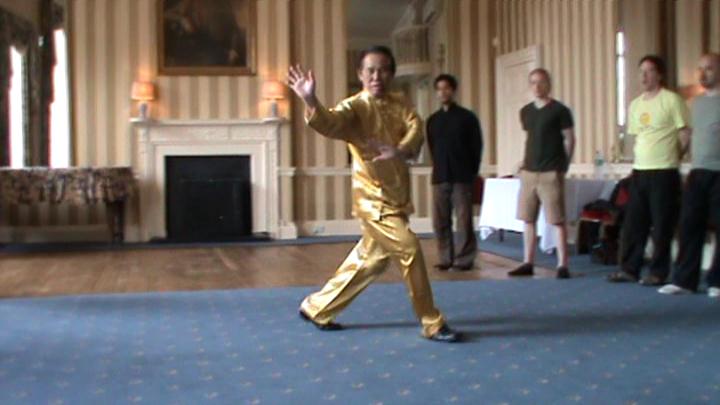 An English translation and commentary of the "Songs" and "Methods" of Baguazhang by Master Liang Shou-Yu (co-author with Dr. Yang Jwing-Ming of Emei Baguazhang) can be found here.

Regarding the "Songs" and "Methods" mentioned on the internet, the following are some of the differences between what is advised and what we do in our school.

This principle is also true in the Baguazhang we practice in our school, but not true in some styles, like the Monkey where the body is often bent forward to reduce its size, and the Drunken Eight Immortals where the body is purposely swayed from side to side for deception.

We may follow the advice if we like, but it would not be as effective as our own way.

This advice does not apply to our school. We can step forward or backward with either leg because we can have good balance as well as agility by differentiating yin-yang. We can also step outside or inside the opponent depending on which side is advantageous for us.

This advice does not apply to us. According to this advice, when one strikes with his palm, the force must come from his shoulder as the shoulder is the root of the palm. The front palm and the rear palm must be coordinated according to this principle. 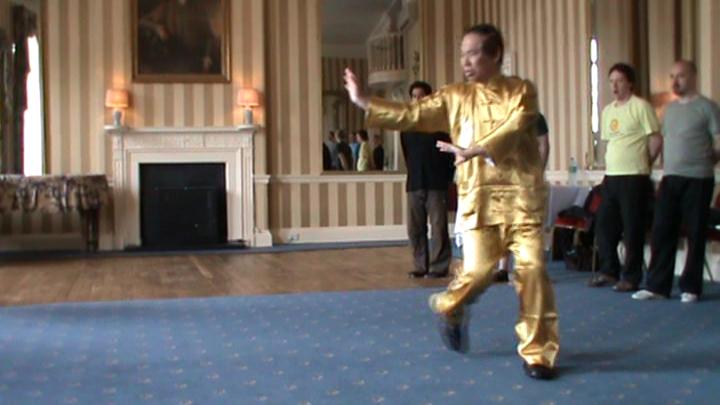 This advice does not apply to us. We are not limited by such restrictions. If we strike an opponent, depending on which is most favorable, we can use our elbow, shoulder, waist or feet as the root, not necessary it must be the upper arm. If we desire to advance, we can step forward with either leg. Whatever we do it will not affect our spirit or the effectiveness of our action.

Such damaging force can be issued from any position, with or without stepping forward. When force is exploded as in the advice above, hard force is channeled into an opponent by physical movement causing a smashing effect. When using a palm or a finger to channel force into an opponent, soft force is directed by mind to penetrate into the opponent to distort his energy network causing severe, and sometimes delayed, damage.

While rotating the waist is an effective way to move, and it is recommended for beginners so that they develop a good habit of movement, sometimes for some particular occasions it may be better just to move the feet while stepping forward or retreating without raising or moving the waist. This is often done in Xingyiquan when pressing into an opponent.

When one is well trained in rotating the waist while making any movement with the feet, the waist rotation can be so minimized while pressing forward as in Xingyiquan that it is not noticeable.

An analogy can make this clearer. If you are a learner-driver, you have to follow driving instructions precisely, like adjusting your seat and mirrors, holding the steering-wheel correctly and placing your feet properly. But if you are an expert driver, you may ignore these instructions yet drive more safely and efficiently.

In the same way, although you may have practiced Baguazhang for a short time, your performance of and benefits from Baguazhang may be better than those who have practiced for years. One main reason, besides the advantage of breadth and depth you get from our school, is that we have resources to what past masters have discovered and passed on to us in classics.