CHI FLOW IN KUNGFU AND IN CHI KUNG IN THE PAST 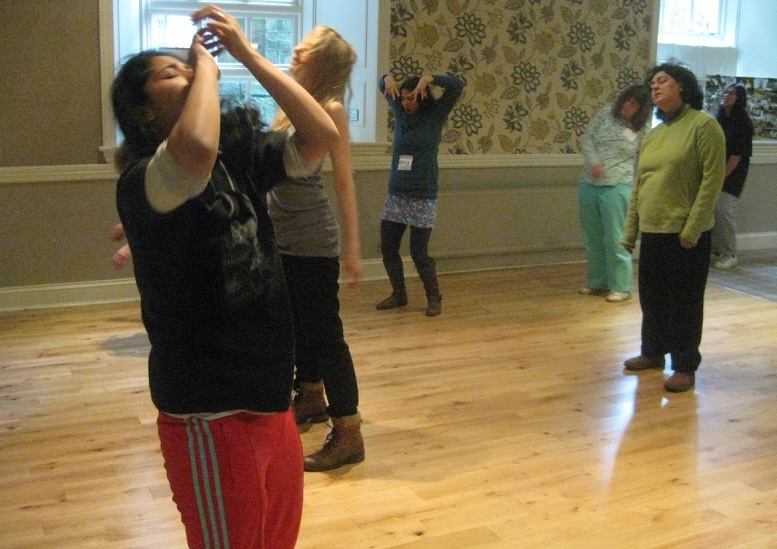 Past chi kung masters and medical doctors realized the benefits of chi flow to cleanse blockages. It was established that the two principal dimensions in chi kung training were cleansing and nurturing (which comprises building and nourishing), expressed in Chinese as “xing qi” and “yang qi”. (Please note that “yang” in ‘yang qi” is different from “yang” in “yin-yang”.)

The principal aim of all chi kung training was to cleanse blockage to enhance harmonious energy flow to attain good health, and to increase the volume of energy to attain vitality and longevity. Exercises that were dynamic, like dynamic patterns, focused on cleansing, while exercises that were quiescent, like Abdominal Breathing, focused on nurturing.

In traditional Chinese medicine, the concept that energy blockage is the ultimate cause of all diseases was established in ancient times, and this concept forms the basis of all healing. Traditional Chinese doctors might use different therapeutic approaches, like herbalism, acupuncture, massage and chi kung therapy, but the fundamental principles was always to clear energy blockage.

Kungfu masters too had a good concept of chi flow. In internal force training, it was standard knowledge that practitioners must not tense their muscles, for doing so would block smooth energy flow. As it was energy flow that resulted in internal force, tensing ones muscles would therefore block the development of internal force.

Even in external kungfu styles, the concept of smooth chi flow was emphasized. Practitioners, for example, should perform a series of patterns in one smooth flow of energy, which is one continuous breath. This series of patterns formed a sequence. Kungfu sets were divided into sequences, with each sequence performed in one smooth flow of chi, known as “yiet hei hor seng” in Cantonese, which literally means “completed in one breath”.

Kungfu practitioners, even when they practiced external styles, were generally healthy. It was probably this continuous flow of energy when they performed their kungfu sets in sequence that cleared blockages which resulted in their good health, though I suspect they might not realize the philosophy behind. This is in direct contrast with many modern martial artists who have become more unhealthy the longer they train.

Kungfu classics of external styles, like Hoong Ka, Wing Choon, Choy-Li-Fatt, Tantaui, Praying Mantis and Eagle Claw did not normally mention chi flow, but I believe chi flow was present though external style practitioners might not realize it. There was, however, occasional mention of “not forcing strength”, or “mg ho guk lek” in Cantonese, which could be translated as “don’t grimace your face and don’t tense your muscles to produce strength”.

There was also mention of “yong lek” and “fatt keng”, which mean “use strength” and “explode force”. But concepts like “yong yi pat yong lek” or “use intention and don’t use strength”, and “sui yi hang hei” or “circulate energy according to intention”, which were fundamental in internal styles like Taijiquan and Wuzuquan, were not common in external styles.

How kungfu practitioners in the past developed strength so that they could have strength to use, was also different. Their principal method was stance training. It was also stated that practitioners should be relaxed when practicing stances.

With this background, we are able to answer with some insight whether many past masters realized the benefit of chi flow in their practice to cleanse blockages. And if they did not have this conscious benefit, how did they go through the stages of cleansing, building and nourishing.

Chi kung masters realized the benefit of chi flow. However, except for those who practice a genre of chi kung known as Five-Animal Play, their chi flow was mainly internal, and not like ours which can be manifested externally as vigorous chi flow movements.

As past chi kung masters had powerful internal chi flow, they were almost never sick. Their chi kung training was mainly for healing, martial art, scholarship or spiritual cultivation. Hence, their focus was on building and nourishing, not on cleansing.

If they were sick, they could circulate their chi flow to appropriate places in their body to clear blockages and overcome their sickness. Such abilities were considered very high-level.

To heal others, they channeled their chi into patients to clear blockages. They might also prescribe appropriate chi kung exercises for patients to practice to overcome their own blockages.

Lesser chi kung practitioners would not have such abilities. If they were sick, they would have to consult traditional Chinese doctors to overcome their sickness with herbs, acupuncture, massage therapy or chi kung therapy. Not many people in the past, including masters, could generate chi flow like our students do to overcome pain and illness.

Exceptions were those who practiced Five-Animal Play. They could generate chi flow for self-manifested chi movement to clear blockages and overcome illness. Many chi kung therapists used Five-Animal Play to heal patients.

Internal kungfu masters knew about the benefit of chi flow in clearing blockages as well as in building and nourishing. As their internal chi flow was powerful, they were almost never sick. But if they were sick or injured, which was more often than being sick, they might be unable to generate a vigorous chi flow resulting in self-manifested chi movement to clear blockages and recover from their illness or injury. They had to consult a traditional Chinese doctor.

As the main reason for their internal training was for combat, they usually focused on building. Their internal force was usually very powerful, and they had much vitality. But they might not be healthy nor have longevity! Some might not be persons you like to have tea with, as they could be hot-tempered and nasty. This could be due to their energy being channeled for building, and not for cleansing and nourishing.

You may also be surprised that some of them sustained injury from combat for a long time, sometimes even for life! They had not heard about our philosophy that the most important function of internal force is to maintain life, next to enhance life, then to enable us to have better results no matter what we do. Actually, even if they had not known this philosophy, internal force still works the way as described above if they follow wu-wei or spontaneity, but they interfered with wu-wei and channeled their internal force for combat instead of for enriching their life.

Most external kungfu masters did not know about chi flow and its function in cleansing blockage to overcome pain and illness, though they themselves had the benefit of chi flow in building their internal force. Because they were not consciously aware of their chi flow, they took a long time to develop their internal force, compared to what we attain in Shaoln Wahnam. Their chi flow also nourished them.

If external style masters were sick, though this seldom happened, they would be unable to generate a chi flow for self-manifested chi movement to clear their blockages and overcome their sickness. They would have to consult traditional Chinese doctor. If they were injured, which would be more often than their being sick, they would apply kungfu medicine, like applying medicated wine, medicated paste and taking medicinal concoction.

My own injury sustained while sparring with my siheng was a good example. My siheng, Pok Kai, gave me a gentle tap with his cup-fist about three inches from target. I was internally injured. Although my sifu, Sifu Ho Fatt Nam, was a great healer, it still took me about 6 months to recover. I had to apply medicated paste and take medicinal concoction every three days. Today, a Shaolin Wahnam student similarly injured would recover in 30 minutes if he immediately performs self-manifested chi movement! 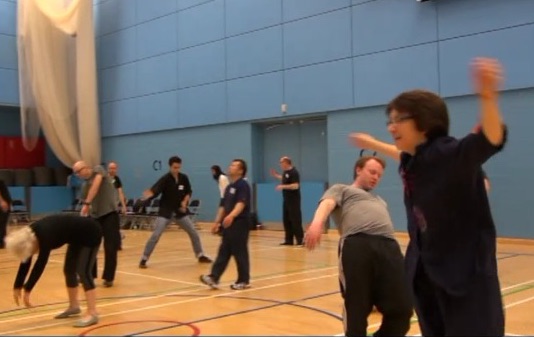