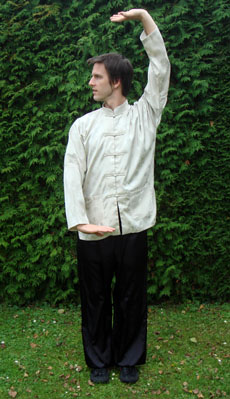 13.1. Is it possible for chi kung healers of our school to induce such an intense cleansing in a person who is not practicing the Shaolin arts?

13.2. Could they influence the degree of cleansing, so it wouldn’t be too much for them, especially for children?

13.3. Is the conscious perception of symptoms during cleansing also part of the cleansing?

13.4. And if not, would taking Western medicine (e.g. antidepressants against symptoms of depression during major cleansing) be counterproductive to the cleansing process?

Yes, it is possible for Shaolin Wahnam chi kung healers to induce an intense cleansing in a person who has not practiced our arts or any art.

How intense the cleansing will be depends on the skills of the healer as well as the co-operation of the patients. The healer must also regulate the intensity according to the nature and needs of the patients, like their age and the types of illness.

Even if a patient is uncooperative or hesitant at first, a skillful healer can overcome the initial hurdles and help the patient to have an intense cleansing. However, if the patient consciously or subconsciously do not want the healing, the healer will be unable to induce a cleansing.

In my early years of teaching when I also gave consultations, many patients had no previous chi kung experience at all. Not only I had to induce a chi flow in them which would start the process of cleansing to help them overcome their health problems, I had to do it fast, as most of them consulted me for only one session.

There was one occasion in Spain when I returned the healing fee to a patient and asked her to leave because she did not follow my instructions. I had repeatedly asked her to perform the therapeutic exercises faster, but thinking that she was smarter than the healer though she probably did not mean to be disrespectful, she continued to perform the exercises slowly.

More interesting were occasions when patients, especially those with heart problems, moved faster in their chi flow movements than I thought comfortable and safe. I was about to ask them to slow down their chi flow movements when I noticed a smile in their face, indicating that not only they were enjoying themselves but also the cleansing was doing them good. They all recovered from their health problems.

The healer can influence the degree of cleansing in the patients irrespective of their age.

Before the start of the healing session, the healer should decide on the type of therapeutic exercises to use and the level of chi kung movements that brings about cleansing. He may, of course, make modifications or changes when he sees fit.

During the process of chi flow movements, the healer can influence the degree of cleansing. He can do so by advising his patients, which is usually the case, or by applying various methods if the patients fail to slow down themselves.

Once a student’s energy flow was very vigorous and he was in a state of panic, and could not stop it. I dotted his vital point behind his back, and the vigorous chi flow stopped immediately. This was dim mark, and must be performed by a master who knew what he was doing. I had to restore his normal chi flow after that or else he could be in serious trouble.

Some common symptoms that many practitioners are conscious of include feeling fresher and more energetic as a result of chi kung practice. They may not be aware that it is the cleansing process of their chi kung practice that gives them these pleasant feelings.

Sometimes they may feel slight pain or some slight negative emotions coming out. These are the result of their chi flow cleansing out their blockage and negative emotions. If it is over-cleansing, they may feel uncomfortable, in which case they should slow down their practice and be involved in more outdoors physical activities.

Sometimes there may be rashes or pimples surfacing at their skin, or they may be passing out gas and their breath may be smelly. These are signs that their chi flow is cleansing out rubbish from their body.

Taking Western medicine to surpress these symptoms, like antidepressants against symptoms of depression by those who feel depressed or pharmaceutical drugs to subdue these symptoms due to drastic over-cleansing is counterproductive. However, taking pain-killers in reasonable amount to overcome pain is acceptable.

Chi kung practitioners should have some knowledge about cleansing as well building and nourishing to derive the best benefits from their training. When they are in doubt they should ask their sifus.

Another good guideline is that if they have been feeling well all the while, but suddenly feel uncomfortable, it is likely to be over-cleansing. If they feel painful and nauseous right from the start of their training, it is likely they have practiced wrongly. 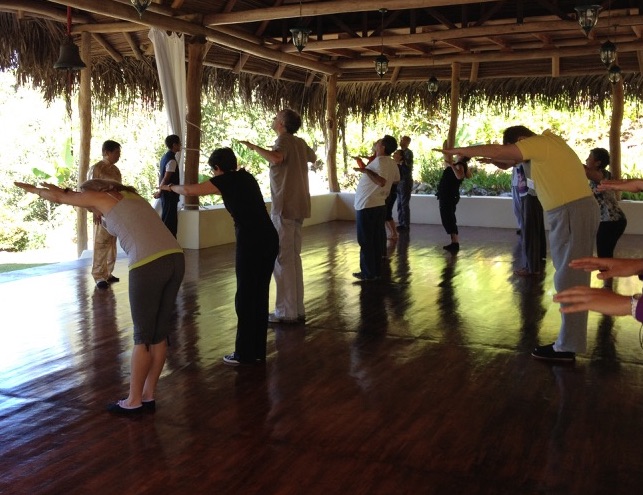