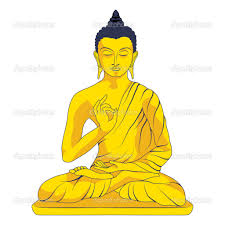 The law of karma is inevitable

My understanding is that in the case of karmic or other long term blockages, (and perhaps all blockages), the root cause of continued persistence of the condition is the mind's subconscious attachment by habit to the disharmonious state. This is why following the instruction to 'let go' during chi flow is of the utmost importance.

From my experience, I have found it generally quite easy to be aware of long term blockages, but often very difficult to really let go of them, even in very strong chi flow. Often, in chi flow, the blockage can even be more apparent to the mind than under normal everyday conditions. Sometimes there is even a temptation to become frustrated, which I know is completely counterproductive!

So my question is, firstly, is it the skill of chi flow, or the actual skill of letting go that is main to clear the blockage and, secondly, what can we do to get better at letting go and, if we did, would this potentially reduce the time required to clear long term blockages?

Thank you for this profound question which not only has much philosophical value but also many practical benefits.

I am not sure whether it is true that a person’s blockage, karmic or otherwise, continues for a long time because subconsciously he has attached himself by habit to a disharmonious state, or because of other reasons.

I am an optimist, hence I believe that it is more likely consciously or subconsciously he would prefer a harmonious state instead of a disharmonious one. But despite his preference he still has a blockage due to some other factors.

One possible factor is that the event that brought about this blockage, which happened in a past life, was so dramatic that the blockage has remained in his unconsciousness though he might have lived many other lives after that, and though he may not consciously realize it in this present life. This blockage is therefore karmic.

Letting go is of course very important, but there are different levels of letting go. In normal chi kung practice, when one lets go, it is at the conscious level of the present life. If the cause of a blockage was a dramatic event in a past life, letting go in the present life may not be powerful enough to clear the blockage in the subconscious caused in a past life. Often the person may not know the blockage or its cause, he only knows the symptoms.

I have helped a few people with these deep problems. A managing director of a successful company was always sad. He knew he should not be sad. There were no obvious reasons why he should not be happy. He was healthy, had a good family life and his business was successful. Still he was sad, often very sad.

I led him back to one of his past lives. He was a general in a battlefield holding a sword. There were countless dead bodies around him. He was the only survival. He told me he led his army to suicide. He cried. This experience cleared the blockage in his sub consciousness. After this he could lead a normal happy life.

In another case a housewife always felt cold even in the midst of hot summer. She had seen a lot of doctors, taken a lot of medical tests and undergone a lot of treatments, but she still felt very cold.

I led her back to one of her past lives. She described that it was very dark and she was very cold. She was in a box, and some people were carrying the box. She described her own physical death in a coffin.

That reliving her past life cleared the blockage. After the experience she no longer felt cold, and could lead a normal happy life.

Incidentally these two real-life experiences are excellent illustrations that we never die. We may change our physical bodies, but our soul or consciousness lives on.

It is also a reminder that what a person’s life will be dependent on his karma. The three factors that shape karma according to the order of importance are thoughts, speech and deeds. Hence, you can ensure a good life in future by having good thoughts, good speech and good deeds

These examples are theoretical. In real life, if your chi flow is powerful, and your let go of your blockage, it is likely that your blockage will be cleared.

But irrespective of whether your blockage is cleared by your chi flow, you should let it go. If you cling onto it, like perceiving it during your chi flow, it is more likely to stay. If you let it go, like not thinking or intellectualizing on it, it is likely to go away, even when there is no chi flow. Even if it still remains, if you do not cling onto it, it will not cause you harm, at least not in your conscious living.

You are right that it is counterproductive to fall into the temptation of being frustrated with your blockage -- even to the extent of glamorizing it. It is like a martial art instructor glamorizing the injuries he has sustained in fighting, a lovelorn glamorizing that the girl he chased after married another man, or a loser glamorizing that he never succeeded in anything he did.

They glamorize their defeat. They think, wrongly of course, that it is great to be injured, to be rejected in love, and to fail in all endeavours. You are smarter than this. Grab your frustration and throw it away. Your blockage, real or imagined, may soon follow suit too.

The above are theoretical statements of facts. In practice, when one has a chi flow and has let go, he is more likely to clear his blockage. Whether chi flow or letting go is more instrumental in clearing blockage depends on the relative strength of the three factors involved.

Nevertheless, presuming all other factors were equal, letting go is most important in clearing blockage.

Letting go is simple, but may not be easy. Just do it. Don’t worry about how to let go, or which is the best way to let go. Don’t intellectualize on the mechanics of letting go, or what would happen if you do not let go. Just let go.

Of course, if you let go of your blockage, you will certainly reduce the time required to clear it, regardless of whether it is long-term or recent. You may even clear it immediately. 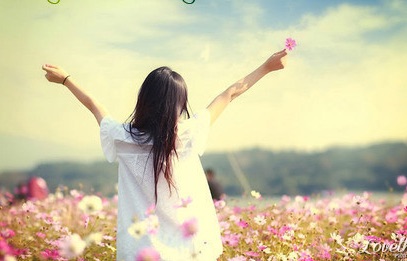