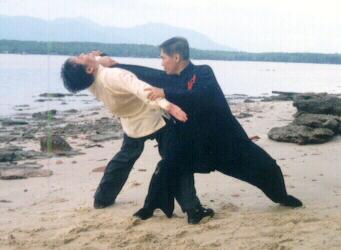 Cosmic Breathing has contributed much to Grandmaster Wong's combat efficiency

In which ways has Cosmic Breathing contributed to your attainments and development in the 3 hallmarks of Shaolin Kungfu -- combat efficiency, internal force and spiritual cultivation?

Cosmic Breathing is a very advanced art. Most kungfu practitioners, even masters, do not have an opportunity to learn it. It is simply ridiculous that students in our school have a chance to learn Cosmic Breathing -- and in an unbelievably short time!

One great advantage of Cosmic Breathing is that it contributes to all the three important dimensions of kungfu training, namely combat efficiency which is the primary aim of practicing any martial art, internal force which gives us good health, vitality, longevity as well as peak performance in daily life besides enhancing combat efficiency, and spiritual cultivation which ranges from being peaceful and happy to expanding into the Cosmos and returning to God the Holy Spirit or whatever term one calls the most noble and supreme achievement according to his own culture.

We in Shaolin Wahnam do not merely mention these noble aspirations but actually attain them according to our needs and developmental stage, except the most supreme achievement where the supreme being merges with the Cosmos and leave the phenomenal world. It is simply ridiculous that we can attain all these achievements when our primary concern is teaching kungfu and chi kung.

It is also worthwhile, as it provides inspiration and guidance, how Cosmic Breathing has contributed to my own attainment and development in the three hallmarks of Shaolin Kungfu or any great kungfu, namely combat efficiency, internal force and spiritual cultivation.

To many people the obvious requirement for combat efficiency is to know the techniques for overcoming various combat situations. If an opponent gives us a kick or attempts to throw us onto the ground, for example, we must know how to counter his attack.

What many people may not realize is the necessary skills to apply these techniques effectively. All those who have practiced kungfu for some time would have learnt the techniques to overcome combat situations, though many students may not know the application and even some masters may not be able to apply them effectively!

Again, it may be necessary to emphasize that this statement is made in good faith, and is certainly not intended as a slight to these students and some masters. It is a fact today that many students practice kungfu techniques for demonstration and if they have to spar they would use Kick-Boxing and still receive a lot of blows. It is also a fact that some masters may be at a loss when Taekwondo exponents execute some kicks on them, or wrestlers attempt to shoot them onto the ground.

Many students may not know the application of the necessary techniques, but the masters know it as they can demonstrate their application with cooperative students. But they lack the skills to apply the techniques effectively in real combat.

The three main skills for effective combat are picture-perfect form, sufficient force and reasonable speed. More crucial than these main skills, though many people may not realize it, are calmness, mental clarity, spontaneous response, and real fighting experience.

The main skills are basic. Even when a person is calm and mentally clear, can react spontaneously and has fought frequently, but if he does not know the correct technique against a particular attack, or lack force and speed, he will not be able to counter the attack. On the other hand, even when he has the basic skills the factor that eventually decides victory is often the crucial skills, like being calm and mentally clear, responding spontaneously and having fighting experience.

As our school is noted for transference of learning, how can this understanding enrich our daily life? One example is as follows. You may be an expert in computer science. How well you make use of this basic skill is how successfully you convince your employer or your clients to purchase your service at a price you want. On the other hand, no matter how good you are in the crucial skills of marketing and convincing, if you don't have the basic skill of computer science, you have nothing to sell to your employer or clients.

Cosmic Breathing is excellent in enhancing both the basic skills and crucial skills for combat.

Besides contributing to my attainment of basic skills in picture-perfect form, tremendous internal force and lightning speed, Cosmic Breathing also contribute to my crucial skills of being calm and mentally clear, responding spontaneously and enhancing my fighting experience.

When one performs Cosmic Breathing, he literally pulsates with the Cosmos. First he performs at an energy level, then he enters into a deep mind level. At the mind level, his movement can be at the speed of thought. Hence, his responses are tremendously fast.

For most martial artists, when they see an attack coming, they first conceptualize their counter, and then set their body and limbs to work on it. Their movement may be fast, but it is still at the physical level. For me, as soon as I see an attack, often I can sense it before an opponent starts his physical movement, I just think of a response, and it is enacted instantly! The respond is at the mind level, though manifested physically.

Others reading this description may think it is a myth. But our students who have been exposed to our teaching will understand that I speak from experience.

I had much combat experience in my younger days, sparring and actual fighting with kungfu practitioners, other martial artists as well as masters. At that time I had not practiced Cosmic Breathing yet. I operated mainly at a physical level.

Since practicing Cosmic Breathing, I found my combat efficiency improved tremendous, though I sparred more with our family members than with people outside our school. Cosmic Breathing enabled me to progress from a physical level to an energy level, then to a mind level.

Some instructors confessed to me that they could not keep up with my kungfu progress. I told them honestly that they could because they attained in one month what it took me one year. But in reality there was a noticeable gap between their attainment and mine. I attributed it to the time of training. I had been training diligently for 69 years whereas they had spent less time in their training.

A helpful way to illustrate this exponential progress is to examine my kungfu development, which may be divided into three main stages, namely a student’s stage, a master’s stage and a supreme stage. They roughly correspond to my performance of kungfu at a physical level, an energy level and a mind level.

When I was learning kungfu from Uncle Righteousness and Sifu Ho Fatt Nam, I sought out kungfu practitioners and martial artists of other styles for sparring. I was also involved in a few real fights. I managed to remain undefeated, but this was due not to my combat efficiency but to hard work in knowing my opponents and preparing myself for the fight, and my scholar-warrior’s strategy of not entering a fight hoping to win but entering a fight to secure victory.

At this time I operated at a physical level. If an opponent executed a side kick, for example, I would trapped his kicking leg using my double tiger-claw in a pattern known as "Two Tigers Subdue Dragon". If an opponent executed a round-house kick, followed by a reverse round-house kick, I would lean back my body in a pattern called "Tame Tiger with String of Beads" to avoid his first kick, and move to his back to strike him using the pattern "Double Dragons Cross Step" as he executed his second kick. I defeated my opponents using appropriate physical techniques. I called this the student’s stage.

By the time I started teaching at Shaolin Wahnam Association, the fore-runner of our school, Shaolin Wahnam Institute, I had learned a great variety of combat applications from Sifu Ho Fatt Nam which I could effectively applied for any combat situation. But more significantly I had developed substantial internal force from the internal training of Sifu Ho Fatt Nam.

In combat I progressed from sparring with students to sparring with masters. With my knowledge of combat application, I could handle attacks from these masters, but looking hack with hindsight, I believe it was my internal force that defeated them. When an opponent executed a low punch, for example, I gripped his arm using the pattern “Second Auntie Catches Crab”, with my internal force penetrating into his vital points. His arm became numb, and even if he knew the counter, he was unable to do so. I called this the master’s stage.

This noticeable development, though gradual in its transition, occurred in the last ten years when my understanding of kungfu philosophy and advanced methods like Cosmic Breathing had tremendously improved my combat efficiency, internal force and spiritual cultivation.

I call this development the supreme stage. In combat, my mind has expanded to a level where I can sense an opponent’s intentions and frustrate him even before he can make any moves. I still need the physical techniques of the student’s stage, and the internal force of the master’s stage, but it is mind that constitutes the decisive factor in victory. Cosmic Breathing contributed much in this direction.

Interestingly, my combat efficiency improves in reverse proportion to my keenness in combat. I was most keen to engage in sparring when I was at the student’s level. At the master’s level, I engaged in combat when situations were cordial. At the supreme level, I would avoid combat as best as possible – and so far I have been successful. I remember years ago reading a comment that in genuine kungfu training, one would avoid fighting the more combat efficient he becomes. I did not expect at that time I would experience this development myself. 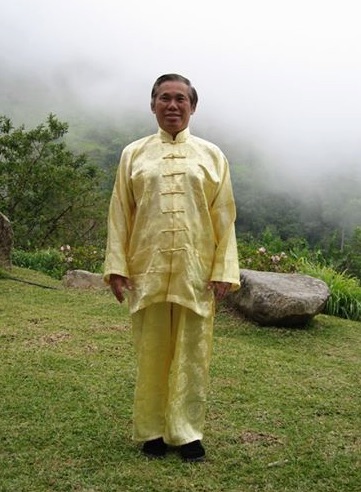 Cosmic Breathing has contributed much to Grandmaster Wong's spiritual cultivation